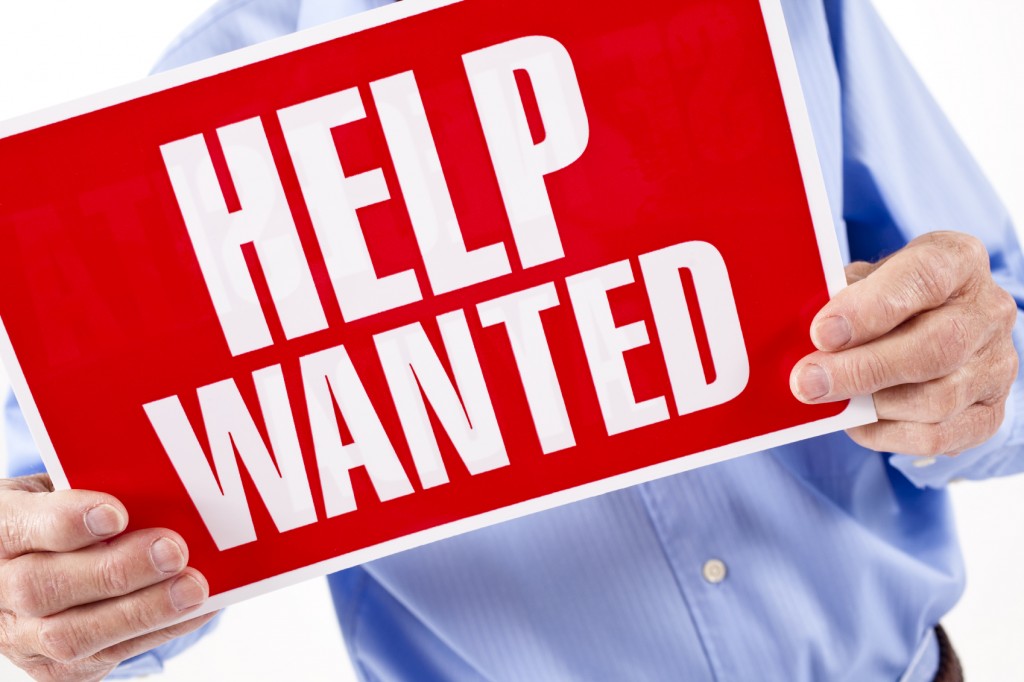 Kat Fernandez of The Crescat wrote recently about the experience of feeling ignored by the church as a single mother.  Especially during the Synod on the family, she felt invisible, except, sometimes as a warning:

Single parents work all day, and spend all evening taking care of our children, so we don’t have the time or resources to rally on our own behalf; in fact, we shouldn’t have to. We shouldn’t be protesting and writing articles on the internet about how we’ve gotten overlooked yet again. The Church should be aware of our existence at this point, recognize our growing numbers, and be there to offer the support we desperately need. At the very least acknowledge, that we exist.

Reading her post, I realized that I don’t know much about the other people I attend Mass with (with the exception of the family I sit next to), and, if I realized my pew mate was a single parent like Kat, I don’t have a ready list of ideas for how to be supportive or helpful.

So, I’ve invited some of the other Patheos bloggers to contribute to a mini-symposium this week on how to be a good neighbor to our fellow worshippers, and to offer or ask for acts of non-generic service.

I’d love to link to your posts on particular kinds of help that you look for, or barriers that keep you from offering, even when you think something might be appropriate.  It’s also fine to offer a post for the symposium that’s just a question, as in “I know a family/parishioner in condition X, and I don’t know what to do!”

We’re trying to build up some resources akin to this DC government guide to behaving well with disabled people.  Our culture lacks a lot of useful scripts/guides to serving others in all their particularity (or peculiarity, as the case may be).  Let’s try to fill in the gap.

Email me, or leave a comment with a link to your post, and I’ll add it here.  (And, thus, make sure to check back; this post will be updating all week!)

“Overlooked and Dismissed During the Synod, How Single Parents Continue to be Regarded in the Church” by Kat Fernadez (The Crescat)

What I’m simply proposing is a little more recognition — a blurb in the bulletin, a priestly mention in the prayer intentions during mass, a homily or two about saints who were raised by single parents or were single parents themselves, and lastly, when speaking of families in general, recognize that single parents and their children are indeed still very much families.

“Becoming Family and Encouraging the Unnoticed” by Will Duquette (Cry Woof!)

Respect the language we use when describing ourselves. Words like “gay” and “transgender” may not mean what you think they mean. When most gay people use the word “gay” as a descriptor, it is in reference to sexual orientation, not level of sexual activity. It’s inappropriate to tell a celibate gay Christian, “If you aren’t having sex, you aren’t gay.” It’s equally condescending to tell a celibate bisexual Christian, “If you meet someone of the opposite sex and decide to marry him/her, you’ll not be bisexual anymore.”

If you mention “playground” and “church” in the same sentence, the remarks from parents fall one of two ways:

This isn’t rocket science.  This is the physics of having human bodies. Is there a place to change diapers? Is there a place to take the loud baby / rambunctious toddler during Mass?  Even when it’s raining?  If I take my kids to religious ed, are there classes or activities for the whole family, or is religious ed one more thing that breaks apart our family life?

“Open Wide the Doors: Making Parishes Welcoming to the Physically Challenged” by Rebecca Frech (Shoved to Them)

The cathedral ceilings soar, the stained glass glitters, the acoustics are perfection; and yet there is nowhere in this entire church, which seats over 1,000 easily, for a person in a wheelchair to sit. The non-ambulatory members of the parish have the choice of placing themselves either in the middle of an aisle, behind a pillar, or behind the very last pew. Parishioners with walkers have nowhere to place them that is out of the way. The woman at the 10am Mass who has a service dog seats him in the aisle out of necessity.

Include single people in dinner parties and cookouts, or just have them on their own. Invite them over to watch a football game or to sit outside on a nice day. Let them know they can simply drop by. Break yourself of the habit (if you have it) of saying “We should have the Smiths and the Jones” because putting married couples together is the way you make your dinners work. Hire a babysitter to watch your single friends’ children when they come. If they live in apartments, invite them to use your washer and dryer if they need to, and to use your home when you’re away. And so on.

It’s hard to overcome the activation energy of saying hi to a stranger, period, even without the shadow of harassment and other unwanted advances. If the Church wants to catalyze connections between parishioners, it can help by giving us hooks to start a conversation. I like my parish’s Adult Sunday School, but you could also leave little paragraph-long readings on some of the tables at coffee hour, so people have a way into discussion with each other besides “Hi, What’s your name, What’s your job.”

Encourage the formation of “families of families”

When I was a child, my parish introduced something called the Passionist Family Group Movement.  “Family groups” were formed by mixing families with young children, single parents, unmarried people, and older parishioners into smaller groups, who would meet for a monthly social activity.  Like all parish initiatives, some people were more committed than others but some 20 years on, some of the original groups still exist.  It might not need to be as formal in your parish, but bringing together people from different stages in life to practice the “art of accompaniment” that Pope Francis speaks of in Evangelii Gaudium is a way to build true Christian community and to ensure that no-one is lost in our parishes.

“Welcoming Depression into the Church” by Christian H (The Thinking Grounds)

Recognize that a lot of Christian language is alienating to someone with depression. I’m not asking you to re-write the liturgy or the Bible to avoid references to hope or declarations of joy. And I’m not asking you to stop expressing your own hopes and joys. But I am asking you to stop suggesting that other people ought to feel hope or joy in response to God’s abundance/mercy/whatever. We might be literally unable to feel those things. Being the only miserable person in the midst of unreserved praise is an alienating and isolating experience. Try not to make them feel guilty or defensive on top of that by suggesting they should feel differently. A lack of joy does not indicate a poor relationship with Christ.

“What’s Her Name?” by Tanya Marlow (She Loves Magazine)

We were ushered past the rows where our friends were sitting and into The Disability Section, where anyone with sight, hearing, learning or mobility difficulties was herded into one, safe, contained section, right at the front. I was disabled: I now needed to use a special entrance and sit with the other disabled people. … I understand that there are difficulties with accommodating the various needs of disabled people in churches and conferences. I know this is about pragmatism and budget. But that moment was a humiliating one. I fought back tears, and as people looked on, I smiled my biggest smile to show how fine I was with it. But as I was pushed into the sparsely populated, dimly-lit seating at the front, I wondered if we would tolerate any other minority group in church being segregated in such a blatant form.

There are actually rather a lot of quite commonplace sins that (depending of course on one’s degree of knowledge and culpability) might cause one not to be in a state of grace on a given Sunday. And unless the reports of drastically reduced numbers going to confession are completely erroneous, then what we’re dealing with is a lot of people who either don’t know that you’re not supposed to receive communion when not in a state of grace, or they for some reason are not following the teaching.

Both problems, it strikes me, have more or less the same solution. Priests could just announce at every mass for a couple of weeks that people are very welcome to come up for a blessing* if they’re not Catholics, have already received communion twice that day, or are not in a state of grace. Talk about how this is going to be a pretty normal occurrence, and use it as an opportunity for catechesis.

Who’s next to ask for help and tutor us in service? 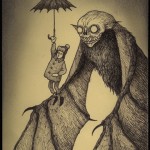 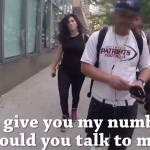 October 29, 2014 Saying Hello Under the Shadow of Street Harrassment
Recent Comments
0 | Leave a Comment
"Back to Square 1 ... ¯\_(ツ)_/¯Season 3!G.657BW.CO/d5573Y"
Bobby Klein My Good Catch Catches Them All
"We all are meme thiefes here 😂🙃fM.9226B.US/fA5573BU"
VanguardAI Books on deck for me for ..."
"To understand an art, you must understand phynomena."
Unlcuky13 I’m speaking about my conversion in ..."
"Despite the differences in level, it's still an excellent manga.pt.2632W.US/U5573xM"
Pilzkeks Dissecting the Catholic Vote for FiveThirtyEight
Browse Our Archives
Related posts from Unequally Yoked

Svendsen's Dissertation on Mary: 1. Preliminaries
Including Explicit Biblical Indications or Analogies for Mary's Universal Intercession and the...
view all Catholic blogs
What Are Your Thoughts?leave a comment