Exclusivity and Isolation in Parish Ministries 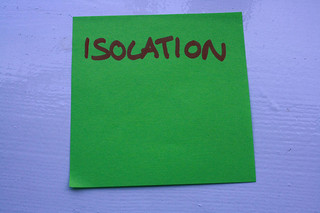 Leah Libresco is hosting a symposium on the ways that parishes can be more welcoming to their many and varied parishioners. The symposium is a kind of collective response to Kat’s post on being ignored as a single parent during the Synod for the Family.

This rang true to me, as a married mother-of-minions. But for all the ways Kat is right, I don’t think the criticism she makes goes far enough. Parishes are literally overflowing with groups aimed specifically at my demographic, yet I have felt isolated as well. Never is that isolation as keen, though, as when I stumble into a mommy group.

I despise mommy groups. I think they are literally the worst thing ever.

I’ve gone to a fair few of them, and I always leave exhausted and swearing, like the raven, “Nevermore!” One spectacularly awful time, the women in charge had organized an icebreaker game where each woman got a certain number of points based on her achievements as a mother (or lack thereof). Yes, we were literally being scored on how well we were living our vocation — even on things that were beyond our control. One point for each kid, and one point for each year of those kids’ lives. One point for each year of your marriage. Five points off if you left dishes in the sink. Ten points if your floors had been swept and mopped in the last day. Ten points if you homeschool. Five points off if your kids go to day-care. Ten points off if you hadn’t wrapped your Christmas presents (and this was in the middle of November). Five points off if you told your kids that Santa is real. Needless to say, I ended the game in negative double digits and had the dubious honor of standing to receive golf claps from a roomful of strangers for sucking so spectacularly.

That was far and away the worst experience I’ve ever had in a mothers group, to be sure. Most of them are not that bad…they’re just not that great. By and large, they exist on a stunningly boring plane of triviality. 5, 10, 20 mothers making awkward and superficial small talk with near strangers while nibbling on coffee cake for 2 hours that are always way, way too early in the morning? No, thank you.

I think the intention behind these groups is to give people a chance to make friends with people in a similar situation, so that they can support each other. But I’m pretty sure they are specifically aimed at those who make up any given parish’s “lifeblood,” to give them a place to belong, to feel included and secure, and thus to form the backbone of the parish. That’s why there are a zillion singles groups, ten zillion married ministry groups, and twenty zillion mothers groups (not to mention the existence of LifeTeen). The problem is, they wind up excluding a lot of people who are no less valuable to the parish just because they don’t have shiny rings and/or a gaggle of kids. Worse, they isolate the parishioners from each other, creating pockets of places for people to “belong” instead of just letting people belong together, to the parish, and to God.

I’m continually mystified by the existence of most groups like this. There are some, like AA, that are necessary so that people who are struggling can find others in the same place. But how hard is it, exactly, to find other young, married mothers? All you have to do is follow the baby babble back to the narthex. That’s how I’ve met the only women I’ve ever struck up friendships with in a church, by the way. Not in a support group — in the actual church.

People in similar social situations naturally gravitate toward each other. If you put the whole parish into a giant hall and watched, pretty soon groups would form. Mothers with littles would start to gather in one perpetual-motion area that everyone else would steer clear of. Their husbands would probably gather nearby (or just leave, like my Ogre). Elderly people would sit at tables, single people would mingle, teenagers would stand by the door and roll their eyes…but it would all be fluid. It wouldn’t be fixed. The groups would form and disperse and then re-form in different configurations. Everyone would talk with everyone. It would be a universal gathering, not a particular gathering. And even though groups would naturally form, no one would be stuck in no-man’s-land like Kat, having no place at all to belong because she doesn’t fit neatly into a demographic.

We all belong in the Church, together. I’ve found more support and consolation from the friendships I have with my single friends or my friends who are older married mothers than in most of the friendship I have with my married-young-mom friends. Married young moms are too busy, too stressed, and too exhausted to support much more than their own family. That’s our season of life, and it’s okay…but it’s also precisely why parishes should stop organizing these demographic-specific groups. Why not pour all that time and energy into a potluck after Mass every other Sunday? Have some games or something for the kids, and let the parishioners be together as a whole, not as disconnected bits. That’s how people make real, lasting friendships, often with people who are not in their specific demographic. That’s how people will realize that they do have a place where they belong, and that it’s the same place where everyone else belongs.

We’re all in this Church together, so why not let us actually be together?

October 27, 2014
We Can - and Should - Use Madonna Songs to Transform the Culture
Next Post

October 29, 2014 An Open Letter from the Unwashed Masses to the Intellectual Elite, Regarding Ebola
Recent Comments
0 | Leave a Comment
Browse Our Archives
Related posts from Barefoot and Pregnant