We Can – and Should – Use Madonna Songs to Transform the Culture

We Can – and Should – Use Madonna Songs to Transform the Culture October 27, 2014 Calah Alexander

I’ll be on Drew Mariani’s show this afternoon to discuss Sr. Cristina’s cover of “Like a Virgin.” In an effort to make sure I don’t sound like blubbering moron, I spent the weekend thinking long and hard about the song and its cultural implications.

Catholics were generally favorable toward Sr. Cristina’s appearance on The Voice back in March, but the response to her first single has been markedly different. Some think it crosses the line, that it “reflects a lack of thought, seriousness, and decorum,” or even that it’s downright creepy. Others understand it in a visceral way, as a startling reminder that God “makes all things new.”

By far the most confusing objection, though, is to the inappropriate “spectacle” of a nun in the realm of pop music, as secular culture is “the realm of the laity.”

I’m not quite sure what to do with that objection. I guess no one passed that memo on to this guy 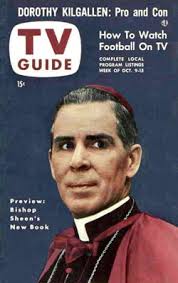 I think that the consecrated religious carry a singular power in the secular culture, precisely because their lives are so profoundly counter-cultural. I can’t imagine why they should not care about souls in pop culture, nor why their presence in the realm of the secular would be frowned upon.

If anyone doubts the power that the sight of a consecrated person in a habit can have on a person in pop culture, they only have to watch Sister Cristina’s debut, when she reduced Italian rapper J-ax to tears.

Although I was blown away by Sr. Cristina’s initial appearance on The Voice, I was kind of ambivalent toward “Like a Virgin.” I do think the imagery is powerful, and as one of my commenters pointed out, the significant changes in the arrangement radically alter the song on its own, without having to fall back on visuals. I kind of wanted Sr. Cristina to get all Sister-Act-ey on it, but that wouldn’t have fit what she was doing to the song…transforming it from a song about a sexual relationship into a song about God.

From what I can tell, the vast majority of the negative reactions are a kind of knee-jerk reaction to sex and God being in such uncomfortably close proximity. The idea that a nun would take a song about sex and turn it into a love song to God just gives people the wigs. I get it.

You know what gives me the wigs?

and seriously, yikes I saw Bernini’s Blessed Ludovica in Rome ten years ago, and I was so shocked I dropped my cigarette. Then I stared at it, forever, for so long that I started to feel creepy and voyeuristic and had to walk away.

Not long after that, we went to Assisi, and when someone started telling the story about how St. Francis used to roll around naked in thorns to combat sexual temptation I choked on a cappuccino. “What?” I whispered frantically to a friend. “Did he really do that?” She confirmed that indeed he did, and that it was one of the most famous tales of moral heroism in the lives of the saints. “That’s so messed up!” I said, shaking my head in disgust. “You Catholics are freaking weird,” I added, as a sidenote.

Lo and behold, the next year I found myself in the process of converting. Catholicism got under my skin at first because it took everything I thought I knew and turned it inside-out. After a while, though, I started to realize that what I knew had been inside-out all along, and all Catholicism did was turn it right-side-out again.

Nobody’s going to argue that our culture is in shambles and desperately needs restoration. What we’re endlessly arguing about it is how to do it. Are we the city on the hill, guarding all that’s good and pure  from the taint of the masses, and in doing so shining a beacon to guide them home? Or are we the salt, mixing it up in the loaf with the yeast and flour and giving the flavor of Christ to everything we touch?

We’re Catholics, so let’s do what we do best and look back to the beginning, shall we?

The early Christians transformed Roman culture from within, not by setting themselves apart. The readiness of the early Church to adopt pagan customs and myths and “Christianize” them was a way of revealing truth to the citizens of Rome in a way they could understand.

The early Christians had a distinct advantage over us, though. They had a new and scandalous Gospel to proclaim, an electrifying story of a Triune God who loved humanity so much that He became man, let us kill him, then returned to life, having defeated death for those who believe.

Christianity isn’t new anymore, and non-believers are usually only scandalized by the behavior of Christians, not by Christianity itself. We face an evangelical challenge far more complex and daunting than the early Christians. We have to transform a culture that exists in the ruins of Christian culture. Those ruins have become powerless, something everyone has heard (and heard badly), worthy of ridicule and derision but certainly not belief and devotion.

Which is why what Sr. Cristina has done is so powerful. She’s taken what our culture truly worships — sex — and made it about God. She’s turned Madonna’s song inside-out and showed the people of our culture something true in a way they can understand. It’s not something anyone has seen before — certainly not the old-hat Christianity they’ve come to know and despise.

In doing that, she’s in good company. St. Francis of Assisi transformed the culture of his time through the way that culture influenced him the most — the troubadour tradition. St. Teresa and St. John of the Cross transformed prayer and meditation by using flamenco and Moorish-style poetry. Repurposing aspects of popular culture to glorify God is kind of a Catholic thing, actually. All the better if it shocks the culture out of complacency and makes them think twice about this whole Catholic thing.

October 29, 2014 Exclusivity and Isolation in Parish Ministries
Recent Comments
0 | Leave a Comment
"So what you're really saying is that you use NFP because you don't want to ..."
Naters The Super Suckage of NFP
"I'm sorry, but planning pregnancy involves using birth control. did you miss that memo?"
leesa maire All Parenthood is #UnplannedParenthood
"Without knowing that God has a purpose for everything, my sufferings in life would be ..."
Jim J. McCrea Sentimental Claptrap, Part V: God Has ..."
"Has the photo been changed? Because what's at the top right now is photo of ..."
Evelyn Sex Breasts and Babies
Browse Our Archives
get the latest from
Barefoot and Pregnant
Sign up for our newsletter
POPULAR AT PATHEOS Catholic
1 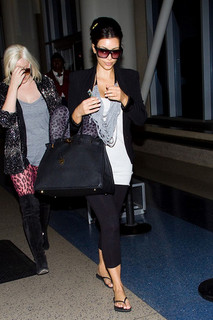 Catholic
7 Reasons Why Bruce Jenner Can Still Be...
Barefoot and Pregnant