Writing Relationships into a Corner

Earlier this week, I was chatting with a friend about A.O. Scott’s big piece on storytelling and the death of adulthood.  Scott discusses the tendency of male heroes to “light out for the Territory,” escaping the feminized world of social expectations and perhaps a specific female person (be it mother or maiden).  While Huck stepped outside of society in order to critique it, men in modern stories, Scott claims, tend to be rebels in retreat; they’ve traded in Jim’s raft for the stoner’s couch.

I’ve love to return to some of the main thesmes of Scott’s essay in another post, but, for today, I want to just focus on one question: what drives the anagonistic, pushmi-pullyu nature of many fictional relationships, whether romantic or not?  I think there’s another structural factor besides the need for conflict to progress plot.

The kinds of stories we tell limit the kind of romances and coming of ages that we can write.  On an ensemble tv show, with a regular cast of characters, each new character is expected to add something to the group.  Maybe, on a thriller, it’s a new skill (lockpicking, translation, etc), or on a comedy, some new tic or gag (Wesley’s propensity to be aggrieved/concussed), and, on any show, the new character is usually brought on to refract some fact about the main character or the ensemble to date, to bring it into better focus.

That means there’s very little duplication of character traits on a tightly written show.  If a line could have easily come out of the mouth of several of your characters, you probably have too many characters or a very dull scriptwriter.  Couldn’t you save some money by having either characters, writers (or both!) eaten by Olvikan in your finale?

But economy of writing means that, when it comes time to pair off your secondary characters, you’ll have to arrange a marriage of opposites, since anyone who’s too similar to your existing cast has already been shot, transferred, or simply sent out to a parking lot from which she never returned.  Each of your characters either needs someone new, written just for them, or will wind up with someone else who’s been carefully written to avoid too much overlap.

Thus, we wind up with more characters who are united by a shared mission (like destroying Horcruxes) rather than a shared disposition that they bring to this mission and other, more quotidian ones (like raising children).  When we drink in these models, we’re in danger of generalizing incorrectly from fictional evidence–in our own lives, there’s no Pauli Personality Exclusion Principle that prevents sufficiently similar people from existing in the same settings.  If most of the friendships and romances we consume are about carefully differentiated characters, though, we may try to hard to match with people who fit this model (or just expect the arc of our relationships to resemble theirs).

I’d be curious what fictional examples come to mind when you think of partnerships (romantic or not), in which the dyad supported each other by being similar.  The first pair my friend and I came up with were (rot13’d) Senax naq Pynver Haqrejbbq sebz Ubhfr bs Pneqf.  Who can you think of? 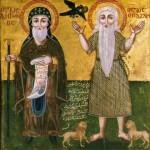 October 1, 2014
Economizing Not to Save but to Spend *Differently*
Next Post 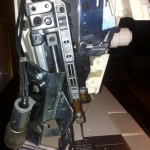