“Safety” is a Piss-Poor Pitch for Chastity

“Safety” is a Piss-Poor Pitch for Chastity November 25, 2014 Leah Libresco 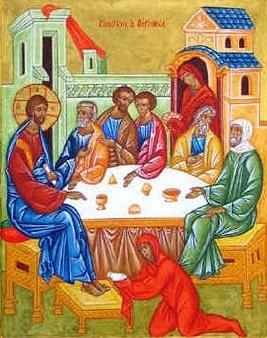 A recent First Things post aimed to arm its readers with a positive case for chastity, one that could appeal to non-Christian friends.  But I struggled to find anything positive or invigorating in the sample arguments presented.  For example:

A case at University of Houston may serve. According to a legal complaint filed in U.S. District Court, the facts aren’t unusual. One evening, after attending a UH event, a male student went to a nearby bar and met a female student for the first time. They drank and kissed, drank some more, then headed back to his dorm room, with a friend of the female student for company. The two “engaged in consensual sexual activity,” then fell asleep on the floor. What the female didn’t know was that the male had a girlfriend, who showed up in the room and started a confrontation, complete with video camera.

The “triangle situation” happens all the time, undergraduates know it well, and so this case licenses the warning: “You see what happens when you sleep with someone you don’t know well?”

Such tales demonstrate the saving action of chastity. Here is the first positive value: less heartache, less indignity. (The highest positive value of course, is obedience to God, but that must be argued later.) Sex is a gamble, chastity a certainty. Sex exposes you in the wrong way at the wrong time; chastity keeps your integrity intact. If he wants sex, she says no, and he takes off, she has dodged a bullet. Her chastity exposed something she needed to see. If he’s smart, her chastity will teach him something as well, that is, that sex is a lot more significant than he realizes.

This doesn’t sound at all like a case for chastity as a positive good.  It’s just a more detailed explanation of how refraining from some kind of sexual activity can make you “safer.”

The trouble is, this kind of risk-averse strategy proves too much.

It would be pretty easy to use these kinds of catastrophic incidents to, say, make the case against the radical hospitality practices by Lindsey and Sarah (and many others).  It’s easy to imagine stacking up anecdotes as arguments the (admittedly risky) way of life Lindsey and Sarah describe here:

While we’ve always wanted to be available for friends and acquaintances who need us, we used to be a bit more selective about how we would offer hospitality. Our primary questions for extending hospitality were once, “Is meeting x need something we can do without much trouble? How will extending hospitality in this way force us to make adjustments to our everyday lives?” As we enjoyed our salads and sandwiches, we reflected on the fact that neither of those questions enters our minds much anymore. Instead, we’re thinking, “How can we be most welcoming to this person? What are the needs, and how can we help?” We’re observing more unity of mind in our relationship as we discern how to best use what we have to welcome other people. If someone we know needs a place to stay short-term or long-term, we don’t even have to discuss pros and cons: without saying anything, we are already in agreement that this person can live in our guest room and dine at our table for as long as he or she needs. If a friend living several hours away is in trouble and has no one local to reach out to, we’re on the road as soon as work is over that day: Lindsey is packing bags and Sarah is planning logistics, and neither of us has ever questioned whether we would go. “Hows” instead of “whethers” have come to dominate our discussions of hospitality.

There’s very little point in living a scrupulously safe life.  If we try to husband our strength and trust, it’s so we can spend it lavishly in the appropriate time and place (like the woman with the alabaster jar).  Indeed, Lindsey and Sarah’s practice of hospitality is tightly linked to the (actually positive) vocation of celibacy that they’ve embraced.  Celibacy clears a space for them to offer a non-romantic kind of lavish love to the people who depend on them.

At the recent discussion of Eve Tushnet’s Gay and Catholic: Accepting My Sexuality, Finding Community, Living My Faith, that took place chez moi, we spent a lot of our discussion considering what positive options chastity and celibacy could open up.  As I recall, there were three major themes we hit upon: 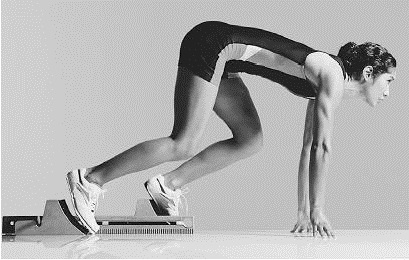 A Lightness in Life

By which I mean something akin to what Yudkowsky lists as an epistemic gift in his 12 Virtues of Rationality:

The third virtue is lightness. Let the winds of evidence blow you about as though you are a leaf, with no direction of your own. Beware lest you fight a rearguard retreat against the evidence, grudgingly conceding each foot of ground only when forced, feeling cheated. Surrender to the truth as quickly as you can. Do this the instant you realize what you are resisting; the instant you can see from which quarter the winds of evidence are blowing against you. Be faithless to your cause and betray it to a stronger enemy. If you regard evidence as a constraint and seek to free yourself, you sell yourself into the chains of your whims. For you cannot make a true map of a city by sitting in your bedroom with your eyes shut and drawing lines upon paper according to impulse. You must walk through the city and draw lines on paper that correspond to what you see. If, seeing the city unclearly, you think that you can shift a line just a little to the right, just a little to the left, according to your caprice, this is just the same mistake.

People who are married, have children, or take on some other permanent caregiving role have less capacity to drop everything and turn up for a friend in need.  It’s not necessarily a lack of love, but there is the practical need for a sitter, etc.  People who are unattached can still form strong, generous relationships with others, able to move more swiftly to help because they aren’t tied down.

(I’m terrible on this dimension, by the way, and have to schedule seeing my friends about three weeks in advance in order to have a night free). 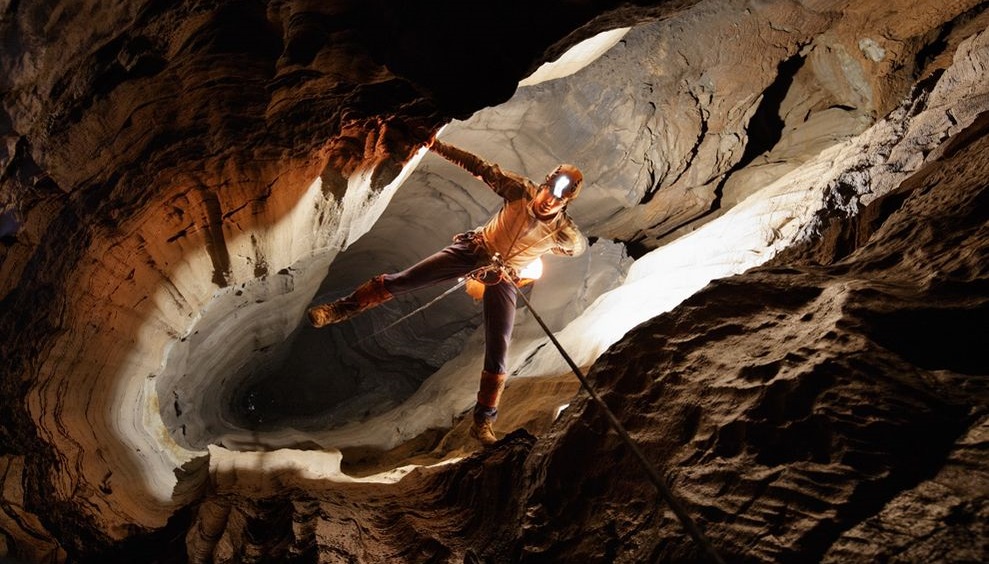 When someone opts out (or is involuntarily precluded) from the most common and most praised kind of love (romantic/marital), they have to work out how to forge relationships along different lines.  One of the reasons I keep recommending Eve Tushnet’s Gay and Catholic to people who are neither is because I think this book has enormous curb-cut benefits.  Plenty of people who aren’t celibate benefit from exalting friendship, deeper thought about hospitality, and other ideas that Eve discusses in the book.  And anyone can work on cultivating these ways of life, but, since they’re not on our cultural scripts, most of the work of developing these ideas and gifts will be done by people who are exploring these spaces out of necessity. 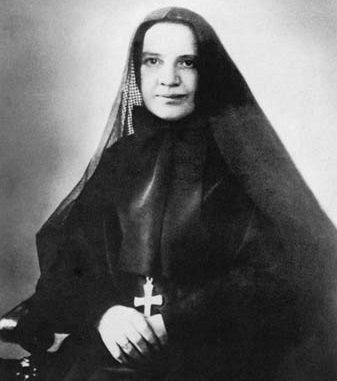 The feast of St. Frances Xavier Cabrini, a virgin saint, happened to fall in the week before our book club on Eve Tushnet’s book.  So, that day, in the morning, I hit this passage during the intercessory portion of the Divine Office:

Your handmaids were always careful to love you with whole and
undivided attention, that they might be holy in body and spirit,
– through their intercession grant that the lure of this passing world may not distract our attention from you.
Jesus, crown of virgins, hear us.

And, in the evening, the Divine Office included this reading from 1 Corinthians 7:32-34:

The unmarried man is busy with the Lord’s affairs, concerned with pleasing the Lord. The virgin—indeed, any unmarried woman—is concerned with things of the Lord, in pursuit of holiness in body and spirit.

People who are unattached romantically can live lightly with respect to God, as well as with regard to the needs of their friends, easily moved to offer love.  The trouble is, cultivating this kind of relationship to God requires a lot of discernment.  If I offend a roommate or a romantic partner, it’s often pretty easy to tell — perhaps my friend will speak to me sharply or start aggressively washing the dishes I’ve left out.  But the corrections we get from God are subtler and require more sensitivity to discern.

Someone who wants to cultivate a deep love of God, who isn’t bootstrapping as much from the love of a particular other person, has to cultivate sensitivity and attention, in order to be responsive to the kinder, lighter direction that they receive.  Then, when they do turn back to other people, they are able to act with an aching openness to the more noisy ways that we express our needs and loves.

Additionally, my friend Nathaniel Torrey has written up his thoughts on our discussion of Eve’s book for Fare Forward.

What Tushnet does is beautifully pare down the question of vocation to its essence: to give oneself fully in love to all those we encounter. By revealing this as the true nature monasticism and marriage have in common, she is able to pursue new avenues, particularly the oft-neglected virtue of friendship, for celibate LGBT Christians. 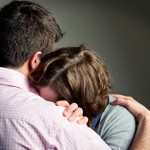 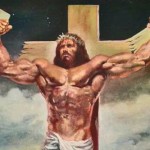 December 1, 2014 Choosing a Prudent (not a 'Tough') Advent Fast
Recent Comments
0 | Leave a Comment
"Do You Know what isn't Fair? Calling Atheism a Religion. Or saying Dawkins is a ..."
skwills Who Gets to Give the Courtier’s ..."
"Oh! And you can get there via Naval Gazing.(probably not by Navel Gazing...)"
TheSparksFlyUpward Too Sucky To Be True
"Hello, Deiseach!1. This is not an ad. (It always reassures me when someone says that!! ..."
TheSparksFlyUpward Too Sucky To Be True
""Do you honestly think that a child raised by a woman has no exposure to ..."
Zorin 2012 Queer Blogathon [Index Post]
Browse Our Archives
get the latest from
Catholic
Sign up for our newsletter
POPULAR AT PATHEOS Catholic
1

Catholic
When a Wedding Guide Leaves Out The Wedding...
Unequally Yoked
TRENDING AT PATHEOS Catholic