Choosing a Prudent (not a ‘Tough’) Advent Fast

Jesus took his death seriously, as he did his life.  Annointed by the Spirit, he was able to discern the signs of the time and was therefore perfectly aware that his “hour” would soon come (cf John 2:4; 7:30; 13:1; Matt 26:45).  Paradoxically, however, we find that Jesus at times “hid himself” to escape public notice and persecution (cf. John 7:1; 8:59).  Jesus was no coward, but neither was he suicidal  He was hiding from the police, from the assassins, from his enemies, because his hour had still not arrived.  The thought of death distressed him (John 12:27), but he accepted the divine will; he left everything in the hands of his Father.  He knew that he was going to die, but he did not hand himself over recklessly.

Therefore fortitude, though it puts man to the severest test, is not the first and greatest of the virtues.  For neither difficulty nor effort causes virtue, but the good alone.

It’s customary for many Catholics to fast or engage in some other kind of penitential practice during Advent (which began yesterday).   And, for me at least, it’s tempting to use difficulty as my guide to what would be a good discipline for Advent.  After all, penitential preparation is about doing something hard right?  And mortifying my will?

But, as Pope Francis and Pieper remind me, I’m not exercising my will simply for the sake of making it stronger along any dimension.  I’m trying to reshape it and order it to the good.  I could commit to running for a half-hour every day (I’m definitely not) or taking up a restrictive fast, and either of those practices would be difficult and intrusive (and the running would actually be pretty good for me), but neither does much to educate my will and build up my prudence.

As Pieper explains, prudence isn’t simple pragmatism, it’s accurate knowledge of/understanding of the world as it actually is.  It’s the prerequisite to bravery, since our bravery is only good insofar as it’s rightly applied.

So, in lieu of choosing an Advent practice for the sake of being taxing, I’ve chosen a discipline (I’ll tell you about it tomorrow) that will be pretty invisible if I’m doing it well, is a bit challenging (though not physically), and (hopefully) will educate my conscience in ways that will last past this season.

In the meantime, have any of you taken up specific disciplines for Advent?

How did you choose? 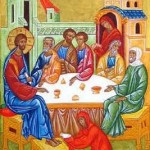 November 25, 2014
"Safety" is a Piss-Poor Pitch for Chastity
Next Post 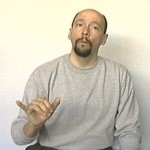 December 2, 2014 Avoiding Glib Grace-Notes in Advent
Recent Comments
0 | Leave a Comment
"Oh! And you can get there via Naval Gazing.(probably not by Navel Gazing...)"
TheSparksFlyUpward Too Sucky To Be True
"Hello, Deiseach!1. This is not an ad. (It always reassures me when someone says that!! ..."
TheSparksFlyUpward Too Sucky To Be True
""Do you honestly think that a child raised by a woman has no exposure to ..."
Zorin 2012 Queer Blogathon [Index Post]
"I'd love to see a video of how it works. keranique shampoo reviews"
Marlene Garza Welcome Camels with Hammers to Patheos!
Browse Our Archives
get the latest from
Catholic
Sign up for our newsletter
POPULAR AT PATHEOS Catholic
1