My Year-End Book Recommendations in TAC and NRO

I’ve already shared with you guys the ten best books that I read (for the first time) this year, but in case you’re still finishing up shopping for others, I’ve also added my suggestions to both The American Conservative and National Review‘s gift guides for the end of the year.   And my recommendations there are a little less narrowly tailored to my hobbyhorses–so fewer philosophy of medicine and disease on those lists.

So head on over to both sites to see my ideas, and those of other writers:

Best of the Year at The American Conservative

There were two books in 2014 that compelled me to host dinner parties in order to bribe my friends into reading and discussing them with me: Leslie Jamison’s The Empathy Exams and Eve Tushnet’s Gay and Catholic: Accepting My Sexuality, Finding Community, Living My Faith. Jamison’s book is a collection of fantastic essays (read the title one here) that frequently touch on what it means to be embodied. Jamison narrates her experience playing a stand-in patient for doctors learning how to speak to patients, her visit to a conference for patients suffering from an allegedly psychosomatic disease, and being punched in the face.

The Empathy Exams is a great spur to thought and conversation about how we relate to our bodies and those of others. Tushnet’s book could be slotted under the same theme, but the most powerful parts of her book touched on the way we’ve circumscribed all forms of intimacy (not just the physical/romantic ones), restricting them to couplehood and leaving celibate queer people like Tushnet out in the cold. Tushnet’s book is a handbook on ways to offer sacrificial love to others, especially when cultural scripts have failed you.

Best of the Year at National Review

For a Christmas present that’s also an investment in more-peaceable dinner-table conversation, try Arnold Kling’s The Three Languages of Politics. It’s just over 50 pages, just shy of $2, and just the thing to give you an understanding of how an opponent can be so wrong. Kling is an adept interpreter of progressive, conservative, and libertarian inclinations and makes it easy to notice what good (real or mistaken) your enemy is pursuing, so you can start a productive debate.

And if you’d like to keep the Advent spirit of anticipation alive, you can always tell your loved ones you’ve bought them my first book, Arriving at Amen: Seven Catholic Prayers Even I Can Offer, but that they’ll have to wait ’til May to find out what the communion of the saints has in common with the Cartesian coordinate plane and why you might use the same skills to dance the rumba and pray the rosary. 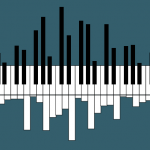 December 22, 2014 Christ is an Outlier and Should Have Been Counted [Pope Francis Bookclub]
Recent Comments
0 | Leave a Comment
"Oh! And you can get there via Naval Gazing.(probably not by Navel Gazing...)"
TheSparksFlyUpward Too Sucky To Be True
"Hello, Deiseach!1. This is not an ad. (It always reassures me when someone says that!! ..."
TheSparksFlyUpward Too Sucky To Be True
""Do you honestly think that a child raised by a woman has no exposure to ..."
Zorin 2012 Queer Blogathon [Index Post]
"I'd love to see a video of how it works. keranique shampoo reviews"
Marlene Garza Welcome Camels with Hammers to Patheos!
Browse Our Archives
get the latest from
Catholic
Sign up for our newsletter
POPULAR AT PATHEOS Catholic
1