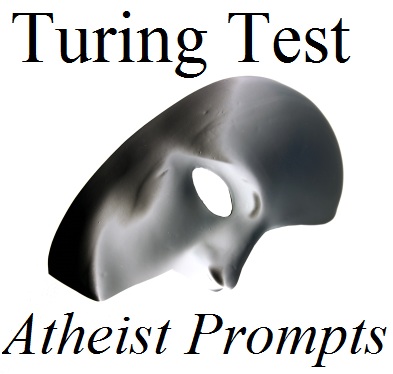 Below are answers to the question: What role does ritual have in your life? What role would you like it to have?

1) Too small a role. I love having daily and weekly things to do with both large and small groups of those who share my core values. I just haven’t invented enough yet, and am not around others who share my desire.

I won’t allow myself to go through the motions of the rituals of the religions to which I once lay claim, because I don’t like the idea of saying words that I don’t mean or going through steps meant to symbolically reinforce ideas with which I disagree. Also, I fear that allowing myself to feel sated by performing existing rituals will breed laziness, and I want to remain restless until I’ve created more ritual around my currently held beliefs.

2) I order the same coffee at the same café every morning and greet the barista by name. I go to my classes on a consistent schedule, do homework over an afternoon snack at yet another café, and schedule the rest of my night around the family dinner. I go to the stadium on Sunday while my family goes to church, get all my energy out, and start all over again. My whole life is a ritual, and that’s how I like it right now. I’m a schedule kind of person.

3) I’ve always loved routines, but I think that’s not quite what “ritual” means. I take “ritual” to refer to events that are especially significant for a given community, and create an altered sense of the passage of time. For example, at a baseball game, you become a member of the crowd, and together experience time as governed not by physics, but by the division into nine innings with various activities in the breaks between.

The idea of such rituals has often been important to me, but the actual practice of them, not so much. I loved attending baseball games as a kid, but now, though I enjoy the game itself, the rest feels like an exercise in nostalgia. I’m too self-conscious, perhaps, to actually enjoy cheering when everyone else cheers. I’ve also always liked the idea of rites of passage, and of parties as symbolic gatherings of the entire community; but I’ve never been to a graduation ceremony that wasn’t terribly boring, and I’m way too self-conscious to actually enjoy parties (unless I get so drunk I begin asking people to pose me math problems).

This may be because (though I do have friends!) I don’t feel enough like a member of any community to actually appreciate any community’s rituals. Or it may be that the kind of community I’m a member of is the kind that, for whatever reason, can’t have rituals. I’m not sure.

4) Almost none, and I like it that way. I appreciate tradition (doing the same things at holidays) and ceremony (marriage, for example, though I prefer more genuine and human than overly formal there), but I dislike ritual. People invoking powers that I don’t share a belief in makes it hard to enjoy the human connection that is probably why we’re there in the first place.

5) There are certainly things that get repeated each day — hugging my daughter when I leave her at the daycare, etc. — but I don’t know how many of them I’d call a “ritual” — everything changes, and when things change I learn to live with it.

6) I like to shake people’s hands. If you define a ritual as a seemingly arbitrary series of actions done before a certain event (which I do) then I think a lot of things I do in my life have a certain ritual to them. I squash my tea bag three times; I play in the top right corner when playing black at Go (Weiqi). I consider this a ritual, and I do this because it’s practical and gives a certain rhythm to life, so to speak.

But if you do in fact mean “ritual” in a more religious sense, then I’ve attended quite a few funerals and even a couple of baptisms. However, I don’t consider this to be a “philosophically optimal” part of my life.

7) Ritual is important for things that should stay the same. I always wake up at 6:30, and take a shower, brush my teeth, etc. This is a ritual and I never will change it because I never will need to, unless something drastic happens. I like it to remain this way unless there is reasonable need for a change. 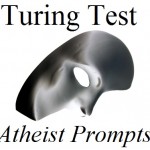 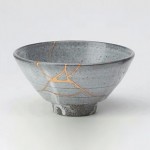 April 23, 2015 Talking to The Catholic Weekly about Anger, Beauty, and Confession
Recent Comments
0 | Leave a Comment
Browse Our Archives
get the latest from
Catholic
Sign up for our newsletter
POPULAR AT PATHEOS Catholic
1