Guess where I was last night? 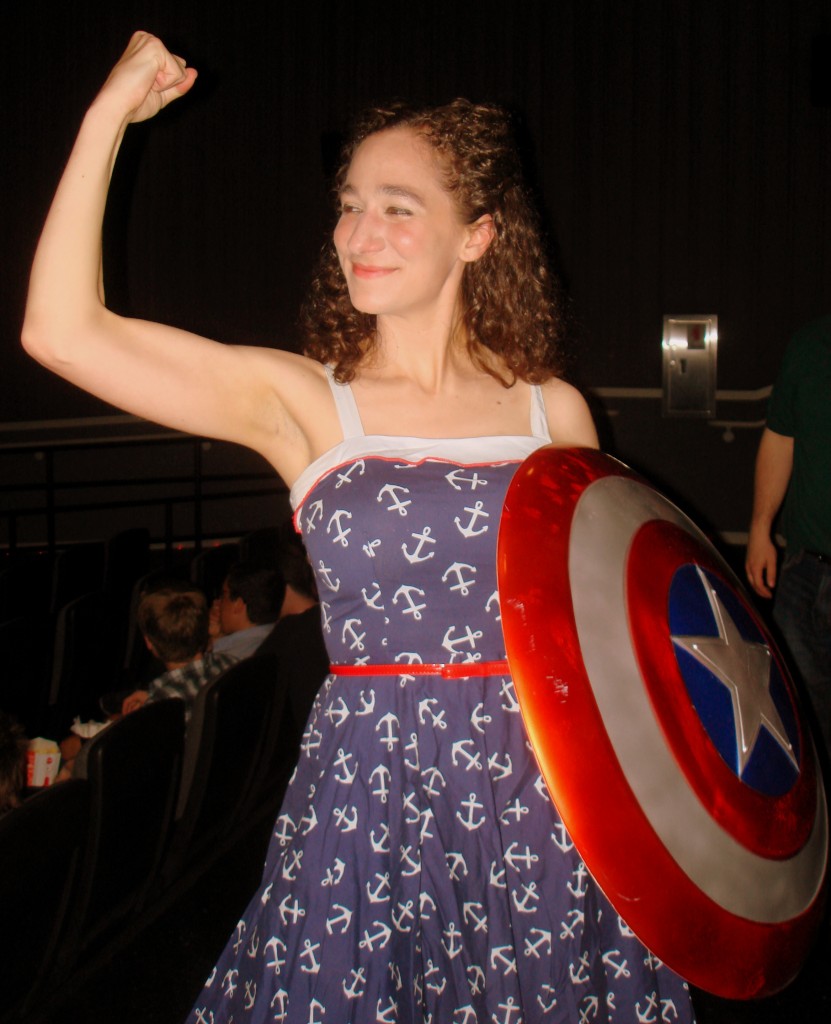 After the movie, a couple girls asked to take a picture with me and then said, “Are you a student at Georgetown, too?”

And this is what adults do:

In other fictional universe news, I tend to recommend Diane Duane’s Young Wizard series fairly often on this blog (well, at least books 1-6 in the series), so I thought I should tip you all off that Duane is doing a special, half-price sale of the ebook versions of her series.

In other book recommendation news, Rosamund Hodge’s Crimson Bound comes out next week (I discussed it a couple weeks ago on my radio show).  In the run-up, she’s been doing some great blog posts.  Her sister (at DarwinCatholic) has a roundup + a giveaway.  Here’s an excerpt from one I particularly liked, on the significance of the elaborate court makeup the main character sometimes wears:

I found that I felt better when I wore makeup. Not just prettier, but like I was more in control of my life. Like I mattered.

Crimson Bound is a novel that deals a lot with self-hatred. The heroine, Rachelle, killed somebody to save her own life and has never been able to forgive herself for it–because that killing also gave her supernatural badass powers, so she’s still benefitting from it. She feels completely unworthy of being alive, let alone loved or happy or pretty. Her only lifeline is her friendship with Amélie, a girl who dreams of being a makeup artist and likes to practice on her.  And it’s through Amélie’s cosmetics that Rachelle is first able to imagine what it might feel like to be worth loving again.

While we’re discussing new takes on old stories, Noah Millman of AmCon, has a really interesting review of a Hamlet that cut the ghost from the play:

Now, given that the entire play revolves around Hamlet’s response to the ghost’s information and the ghost’s command, this would seem to be a pretty risky choice. But the more I thought about it, the more I saw the promise in it, as a way of simplifying and psychologizing a play that can wander off into the philosophical and theological weeds. Not that those weeds aren’t really interesting – they most certainly are – but I find them more interesting to study than they are practical to explore on stage.

If we never see or hear the ghost, and neither do the other characters, then we don’t know whether it is even real, or a figment of Hamlet’s imagination – or even Hamlet’s excuse for his increasingly wild behavior, a part of his “antic disposition” act (if it is an act). From being a meditation on the inability to act, the play would become a story about the kinds of stories we have to tell ourselves in order to overcome our scruples about revenge. Indeed, Claudius, in such a reading of the play, might not be guilty at all – at least not of murder – and Hamlet’s wildness may in fact make a mortal enemy of a man who was entirely sincere in wanting to be a surrogate father. The result might be less Shakespearean – but it might be more, well, Scandinavian.

Meanwhile, in Afghanistan, a group of activists is forcing others to see a ghost.  They restaged the murder of a woman accused of burning a Quran in the streets where she was killed:

They killed Farkhunda again, but this time there were tears in the crowd rather than cheers.

Men pummeled her with rocks and paving stones, knocked her down, kicked her, ripped her head scarf off, all the while shouting religious slogans and denouncing her as a blasphemer. Blood tangled her hair and made a red mask of her bruised face.

Since it was a re-enactment of the real crime, the mob of men outside a mosque in central Kabul on Monday skipped some of the specifics — the parts where the actual attackers had dragged Farkhunda behind a car, or tossed her off a bridge, among other acts. But they did douse the actress Leena Alam, who was playing Farkhunda, in a liquid meant to symbolize gasoline, and buried her in a pile of ashes.

There were even real policemen present, doing what their colleagues had done on March 19 in the same place: standing aside. Some of them, however, were seen to be teary-eyed this time.

Pedro Paulo Oliveira Jr. (a name you may recognize from the comments here!) has an essay at Ethika Politika on what exactly we mean by “neighbor” in “love thy neighbor” and how that word has different inflections in other languages:

A cornerstone of Christian doctrine is the commandment to love one another. The parable of the Good Samaritan and the mandatum novum do vobis summarize the nature of caritas. Jesus begins the Good Samaritan’s parable answering a question: Et quis est meus proximus?, translated in the USCCB version as: “And who is my neighbor?”

Neighbor is used as a translation of the Latin word proximus, which isprójimo in Spanish and próximo in Portuguese. In all romance languages there is another word for neighbor (Spanish: vecino, Portuguese: vizinho, French: voisin) used only to describe the person who lives close to us.

Thus proximus is a word employed to describe not only physical but rather spiritual neighborhood. I’m neither the vizinho of the reader nor his friend, as we don’t have a close relationship, but I could say that the bond created by reading this article makes me his proximus, at least more proximus than someone who’s never heard about me. This is not to say that the use of “neighbor” as a translation for proximus is a naïve choice; it’s just that by collapsing the spiritual neighborhood with the physical one the language loses punch.

Finally, remember how you’re supposed to put on your own air mask before helping your neighbor?  io9 has an explainer of where the oxygen in your masks comes from (I falsely believed it was in big gas canisters somewhere!)

The safety demonstration at the beginning of each flight has taught you that you have to tug on your mask to start oxygen flowing. Are you aware that, once the oxygen is flowing, nothing is going to stop it? You’re not all hooked to some communal scuba tank with a valve that can be turned on and off. When you tug on the mask, you “pull the pin” on a chemical process, and quite a violent one. Airplanes use oxygen generators, otherwise known as “oxygen candles.” These are chemicals that, when burned, release oxygen as a gas. Any extra chemicals get filtered out when the oxygen goes through to your mask, and the entire thing keeps going until it burns down. 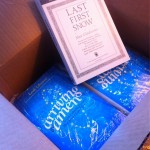 April 30, 2015
Jen Fulwiler and I discuss rationalization, forgiveness, and my new book!
Next Post

May 3, 2015 HIV Successes and Space Launch Failures
Recent Comments
0 | Leave a Comment
"Oh! And you can get there via Naval Gazing.(probably not by Navel Gazing...)"
TheSparksFlyUpward Too Sucky To Be True
"Hello, Deiseach!1. This is not an ad. (It always reassures me when someone says that!! ..."
TheSparksFlyUpward Too Sucky To Be True
""Do you honestly think that a child raised by a woman has no exposure to ..."
Zorin 2012 Queer Blogathon [Index Post]
"I'd love to see a video of how it works. keranique shampoo reviews"
Marlene Garza Welcome Camels with Hammers to Patheos!
Browse Our Archives
Follow Us!