I’m a little late to the discussion of Amazon’s treatment of its white collar workers (I’ve been on vacation in CA), but I really liked Matthew Schmitz’s take on the company at First Things.

It sounds like Amazon works really hard to filter its employees for people who are willing to give most of their life to the company, and that winnowing process can include harsh treatment of people with other commitments, but isn’t necessarily intended to result in a workforce living in fear of reprisals.  They’re trying to find the people who don’t create/have other demands on their time, who wind up reasonably happy to give Amazon their all.

Here’s what Schmitz had to say:

Put simply, I think the cruelties of Amazon’s corporate culture simply reflect the seriousness with which Bezos takes the progressive technological faith so many others only profess. If one assumes that the world is to be improved mostly through increases in efficiency (rather than acts of inefficient and gratuitous love), then the supreme duty of kindness is to advance technological progress. This is a quasi-religious “mission” (Amazon’s term) that demands heroic asceticism. Like the Society of Jesus, it may not be for everyone, but those who persist will have the pleasure of knowing they are serving the highest purpose. Ruthlessness may haunt the office culture, but kindness—understood by a certain technological logic—is the overarching goal.

Successful organizations will demand hustle and produce disgruntled employees: that is nothing new. What is different is the conceit of business as a kind of religion. (It is telling that Bezos’s speech was given as part of Princeton’s religious baccalaureate service.) Bezos rightly sees that taking seriously a certain notion of progress and commerce requires treating the corporation like a church—and not as one of those nice, friendly mainline denominations, but as a missionary order or doomsday cult. Sacrifices that it would be unreasonable to demand for a mere business look very different when they are expected in the service of a religious cause. The question remains whether the religion is true or false.

A lot of jobs (particularly in the tech sector) have a weird, cultural license to be totalizing.  I’ve been in a workplace that put no negative pressures on me to do more work, but where my boss did sit down with me to ask, “What could we do for you that would make you want to spend more time in the office?”  It was a good faith offer; my boss figured there might be a lot of trivial things I could want (particular foods in the kitchen, a certain desk setup, ability to invite people over) that would make the office a place I really liked spending my time.  Making those changes could be a win-win.

Except I didn’t want to want to spend more time at the office.  I liked my job, but I also liked having a pretty clear division between on the clock time and the rest of my life.  I didn’t want to blur the lines or let my job get to a point where it could seriously compete with the time I wanted to reserve for my friends, my community, my reading, etc.
I think I got the best version of the totalizing offer, from a boss who really did want to find something that worked for both of us, someone who I trusted wasn’t operating on a high-turnover, use-people-up-then-rehire model.  And there are people and offices that can work out a good arrangement of this type, but there’s reason to be skeptical, even when a boss is genuinely trying to be non-exploitative.

I wrote in “The Sad, Secular Monks” at First Things that:

There’s a word for people who turn over their entire waking life to one cause, and willingly sacrifice the possibility of a family for the opportunity to serve: monks (or, more archaically, oblates). Just like the driven twenty-somethings of Rosin’s article, monks and nuns have made a commitment so total that it precludes marriage. But in the case of vowed religious, the form of their service is meant to be elevating, not just useful. I seldom hear people claim that spreadsheets are good for the soul. Even for people doing high intensity work for the public good (the teachers, the social workers, the public interest lawyers, etc.), the form of their work may still be deadening.

Most careers aren’t vocations, so we need space outside them to grow and love. t’s possible to make a short-term decision to put life and relationships on hold, in order to make a high-intensity commitment to a cause (this is the model for the oft-touted national service draft), but it’s unhealthy to let these crisis-mode jobs give shape to your life.

Most jobs can’t and shouldn’t try to provide a full life to their employees.  Even companies like Google, which get better marks than Amazon for the ways they make staying at the office attractive, are a lot better at handling laundry and food than they are at offering the other kinds of social and spiritual nourishment that people need. 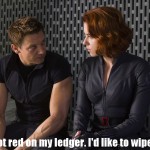 September 3, 2015 A Good Marriage Isn't A Mutual Admiration Society
Recent Comments
0 | Leave a Comment
"I'd love to see a video of how it works. keranique shampoo reviews"
Marlene Garza Welcome Camels with Hammers to Patheos!
"Logismoi (the plural of logismos) are a fairly simple concept; they are whispers from either ..."
Rob, Portland Logismoi, Vampires, and Other Intrusive Thoughts
"I imagine I’ll do a lot more reading and pick a lot more fights over ..."
Donalbain A little about the queer stuff
"You are part of a search and rescue for lost Catholics.Regular updates to the countdown ..."
Edward Palamar I’m keynoting at a Con for ..."
Browse Our Archives
Follow Us!