Commonweal has my double review of Acedia and Its Discontents: Metaphysical Boredom in an Empire of Desire by R.J. Snell and Addiction by Design: Machine Gambling in Las Vegas by Natasha Dow Schüll.  Why review those two book alongside each other? I’m so glad that you asked.

Slots, video poker, and other gambling machines are often described as games, but Schüll’s description makes it clear how completely play is lacking from these terminals. Some machines allow gamblers to “autoplay”: they simply insert their money, press a single button, and let the machine spin on by itself until their credits have run out. And when that option isn’t built into the machine, some of the gamblers manage to jury-rig it for themselves “by loading credits onto the machine and jamming the SPIN button with a toothpick so that it plays continuously.” One player explains to Schüll that she didn’t even look at the cards she was dealt in video poker, simply hitting “DEAL, DRAW, BET MAX” in sequence until her money was gone and she was finished.

That’s more than a waste of time and money—in the view of R. J. Snell, author of Acedia and Its Discontents: Metaphysical Boredom in an Empire of Desire, it’s a sinful rejection of the goodness of the world. Acedia, more often referred to as sloth, is one of the seven deadly sins, and it’s more than mere laziness. Snell describes acedia not as merely doing nothing but as failing to do a particular something: rejoice in the world, and express that joy through participation in creation.

Schüll’s chilling descriptions of the ways slots designers keep their players immobilized might helped me recognize when I was giving way to temptations large or small in my own life. Dully refreshing a website suddenly feels like a cousin to the “DEAL, DRAW, BET MAX” of Schüll’s subjects, and awareness of the connection is enough to get me to close the tab. And once it’s closed, I need to try to find something active and creative to do and rejoice in, so that I can follow Snell’s advice and offer a physical “amen” to the goodness of God’s Creation. That may take some doing, if the environment around me has been engineered to keep me quietly passing time. It helps to have people and projects that need you, so that opportunities to build and love are as easy to stumble across as invitations to get back online. Children are one of the most perfect ways to be called out of oneself and back into Creation.

Both books were excellent, Snell’s book is a brief-and-excellent bit of spiritual reading, and Schüll’s was (as best I recall) the first book I crossed off of my 2016 reading list. I was delighted to get the chance to put them together. 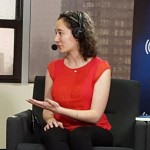 April 8, 2016
I'm Speaking in NYC on Fights and Statistics
Next Post 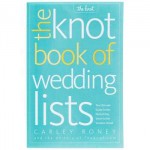 April 19, 2016 When a Wedding Guide Leaves Out The Wedding Night
Recent Comments
0 | Leave a Comment
"Jesus wasn’t resurrected as a great miracle simply in order to convince people to believe ..."
John The Two-Lazarus Problem
"The cartoon is amusing, but flawed. One of the four virtues of Stoicism is Justice; ..."
Vulpes Inculta 7QT: Stoicism Man, Semi-Imaginary Money, and ..."
"Do You Know what isn't Fair? Calling Atheism a Religion. Or saying Dawkins is a ..."
skwills Who Gets to Give the Courtier’s ..."
"Oh! And you can get there via Naval Gazing.(probably not by Navel Gazing...)"
TheSparksFlyUpward Too Sucky To Be True
Browse Our Archives
get the latest from
Catholic
Sign up for our newsletter
POPULAR AT PATHEOS Catholic
1