The Cross and Gendercide

The Cross and Gendercide May 22, 2014 Dan Wilkinson 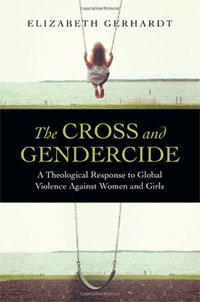 Throughout the world, millions of girls have undergone the brutal practice of female genital mutilation. Millions of women have been forced to undergo sex-selective abortions. Millions more have experienced the horror of sex trafficking.

More girls have been killed in the last fifty years, precisely because they were girls, than men were killed in all the battles of the twentieth century.

These statistics are the very definition of gendercide: the intentional effort to harm and injure millions of women and girls based on their gender. Elizabeth Gerhardt’s new book The Cross and Gendercide: A Theological Response to Global Violence Against Women and Girls offers a Christian response to the heart-wrenching plight of women across the globe by engaging with the cultural, religious, historical and political context of this violence and offering a proposal for how the church can work toward ending these heinous crimes.

Gerhardt readily acknowledges that Christianity has failed to meaningfully engage the problem of gendercide. Within the church violence against women is all too often treated as an ethical issue that receives only token acknowledgment. And though there is clearly value in pragmatic and direct responses to violence against women, given the pervasive and systemic nature of these crimes Gerhardt rightly identifies the need for a holistic and foundational response. This isn’t solely a problem of education, money or resources, it is a problem of priorities and attitudes and theology.

For Gerhardt, the only way to meaningfully address gendercide is as a theological and confessional issue — an issue that the church, by drawing upon its very core values, is mandated to face head-on. She forcefully argues that “what is needed is a powerful, holistic and missional response rooted in a biblical theology of the cross.” In Gerhardt’s view, to do anything less is to sinfully and heretically ignore the very gospel itself.

It is only by fully and truly embracing a theology of the cross that the church can establish the foundation necessary to bring about fundamental change to systems based on gender inequality. This theology of the cross is seen most clearly in Martin Luther’s theology and applied in Dietrich Bonhoeffer’s resistance to Nazi Germany, thus offering a model by which the modern church can proclaim the gospel through confession and resistance.

Confession of the faith, as Bonhoeffer repeatedly pointed out, must lead to resistance to evil. His cry “church be the church!” was a plea for the entire church to embrace its responsibility to act from the faith it confessed. It is this crossroads of faith and ethics as a foundation for the work of ending violence against women and girls that is the heart of the theology of the cross.

Embracing a theology of the cross in order to fight against gendercide isn’t a simple answer to a problem that is so deeply rooted in cultures of misogyny and patriarchy. Gendercide is woven into the fabric of our cultural, political and economic systems – even our religion. Gerhardt scathingly cuts to the heart of the issue when she says “it is not so easy to accept the prevalence and degree of that violence, and our own complicity in supporting gendercide.” But though Christianity has often been part of the problem, it is also through Christianity and a renewed understanding of the cross that we can truly “encounter the living Christ who calls us to enter into relationship with the suffering, oppressed and marginalized.”

Gerhardt’s explication of the problem of gendercide and her proposed theological response to violence against women is powerful and important, but overly idealistic. Our theology does drive our actions and can serve as a crucial impetus for meaningful change. But Bonhoeffer and the Confessing Church didn’t win World War Two. They offer us a model for how the church can respond to systemic oppression, but in the face of truly epic evil their role in actually ending that oppression was insignificant.

Given the global nature of violence against women, the reality of the fractured state of Christendom and the implicit misogyny of complementarian Christianity, Gerhardt’s theological response to gendercide seems naively hopeful. Simply proposing a renewed focus on a theology of the cross is a far cry from seeing it embraced as the de facto standard of the church.

I do believe that the gospel is transformative, that a theology of the cross should be at the center of our faith and that we must actively and decisively express our theology in the world. And though a true reorientation and reprioritization of the global church resulting in a definitive end to the horror of gendercide may be too much to hope for, it is nevertheless an extraordinarily worthwhile goal to pray for and work toward.

The Spirit of the Lord is on me,
because he has anointed me
to proclaim good news to the poor.
He has sent me to proclaim freedom for the prisoners
and recovery of sight for the blind,
to set the oppressed free,
to proclaim the year of the Lord’s favor.
(Luke 4:18-19)

Find out more about “The Cross and Gendercide” at the Patheos Book Club. 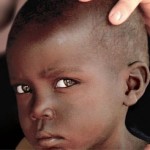 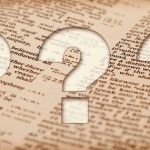 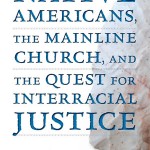