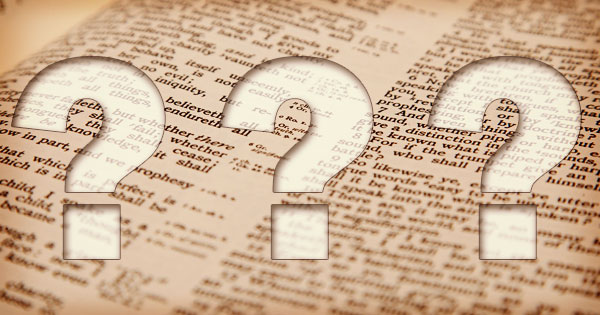 Last December, in a piece for the Washington Post, E. J. Dionne beautifully wrote of our imperfect quest for the truth. Christians need to humbly acknowledge, wrote Dionne, how “imperfectly human beings understand the divine” and how, “over the history of faith, there have been occasions when ‘a supposedly changeless truth has changed.’”

According to the Gospels, Jesus had no problem dismissing, rejecting, and reinterpreting the sacred texts within his Jewish tradition. Surely, part of reading the Bible through the lens of the story of Jesus involves consideration of how Jesus read his own Scriptures.

For example, some religious authorities in Jesus’ day abusively used Deut. 24:1 (If a man marries a woman who becomes displeasing to him because he finds something indecent about her, and he writes her a certificate of divorce, gives it to her and sends her from his house . . .) to justify divorcing a wife for any reason whatsoever, very much the same way religious authorities today abusively use Scripture to condemn the LGBT community, condone violence, and subjugate women in the home and in the church.

Jesus dismissed Deut. 24:1 by offering a critical reading of it. Jesus said that this law did not, as the Scripture claimed, come from God, but from Moses himself, who made the concession due to the hardness of the hearts of the religious authorities:

“It was because your hearts were hard that Moses wrote you this law,” Jesus replied. (Mark 10:2-5)

Or consider how, by deciding to divorce Mary quietly without bringing public shame upon her, Joseph decided to disobey Deut. 22:21:

She shall be brought to the door of her father’s house and there the men of her town shall stone her to death. She has done an outrageous thing in Israel by being promiscuous while still in her father’s house. You must purge the evil from among you.

Because Joseph her husband was faithful to the law, and yet did not want to expose her to public disgrace, he had in mind to divorce her quietly. (Matt. 1-18:19)

Obviously, from Matthew’s perspective, being “righteous” involved his refusing to publicly denounce his wife, as the Bible directed him to.

I advise asking three questions of a biblical text to determine its redemptive value. These are questions I think Jesus might ask:

1. Does the text make God look good? My assumption here is that God is good; that God is always better than our best. If the God depicted in a text is not as loving, just, good, reliable, forgiving, compassionate, etc. as the best person you know, then that text cannot possibly be giving us an authentic depiction of God.

2. Does it make me want to be good? Does the text in some way offer a vision of God or human possibility that inspires me to deal with my false attachments and strive through God’s grace to be a better person?

3. Is it reasonable? I do not mean, “Is it provable?” or “Is it without inconsistencies?” Often, authentic spiritual truth is filled with paradox and on-the-surface contradictions. What I mean is, Does it make good sense; does it reflect common sense? Does it align with the deepest truth I intuitively know in my heart about what is good and true?

The Bible, while central to Christian faith, argues with itself on almost every issue of any importance. The biblical writers and communities who gave us our sacred texts brought their biases, cultural conditioning, beliefs, world views, and presuppositions into the process of discovering God’s will, just as we do today.

While perhaps not literally the Word of God, the Bible can become a medium through which we encounter a living Word from God when, in our imperfect quest for truth, we read it critically, discerningly, and spiritually, just the way Jesus did. 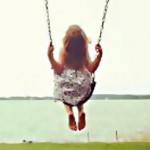 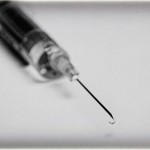 May 29, 2014 What would Jesus make of Southern Baptist leader Al Mohler’s argument for the death penalty?
Recent Comments
0 | Leave a Comment
Browse Our Archives
Related posts from Unfundamentalist Christians