To Christians who support RFRA laws: Grow Up!

Are you as weary as I am in hearing all these well-to-do, materially prosperous and secure American Christians whining about being religiously persecuted because they cannot act on their exclusive theology in the marketplace and deny services to our LGBT sisters and brothers?

To all my financially secure, well-off persecuted Christian friends: Please, let it go. Give it up!

It doesn’t matter what your worldview is, or what your religious beliefs are: in the public arena, you have to treat everyone equally. This is not rocket science. It’s the best of our democracy.

Everyone seems to know this except sexists, racists, and conservative Christians (and maybe a few Supreme Court judges).

Besides, even if you do think same-sex marriage or partnership is wrong, shouldn’t you still welcome and accept everyone, the way Jesus did? He didn’t require prostitutes and tax collectors to stop doing what they were doing before he fed them and accepted them at the table.

“Come one and all,” said Jesus.

Shouldn’t Christians be saying, “Serve one and serve all”?

When the disciples argued with one another about who was the greatest, Jesus told them to stop acting like persons of power and prominence who liked to “lord” it over others; rather, they were to be servants of all (Mark 10:42-44).

A contemporary application of Jesus’ teaching might be: “Certain persons in the world like to assert their power over those they do not like – denying them services and goods. But it is not to be so among you. Whoever wishes to assert such power must become the servant of all.”

Many, perhaps the majority of American Christians, initially opposed the push to abolish slavery. Then they stood firm against women’s rights, a battle that is still ongoing. Next, they refused to join the civil rights movement, many supporting segregation. Now they stand against LGBT equality and fairness laws.

This is not the way to be the salt of the earth and the light of the world. 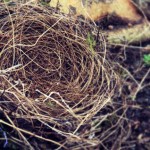 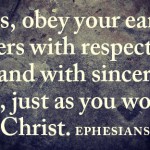 April 29, 2015 Southern Baptists, Racism, and Biblical Inerrancy
Recent Comments
0 | Leave a Comment
"6 Bible results for "be kind":2 Chronicles 10:7They replied, “If you will be kind to ..."
Jim E Jones Seven ways Christians blow it
"Uh...no?"
Tiny J Seven ways Christians blow it
"GOd came to save us from eternal separation from God by dying on a cross?Do ..."
Bones Did Jesus speak more about Hell ..."
"Eternal separation from God"
SPH Did Jesus speak more about Hell ..."
Browse Our Archives
Related posts from Unfundamentalist Christians