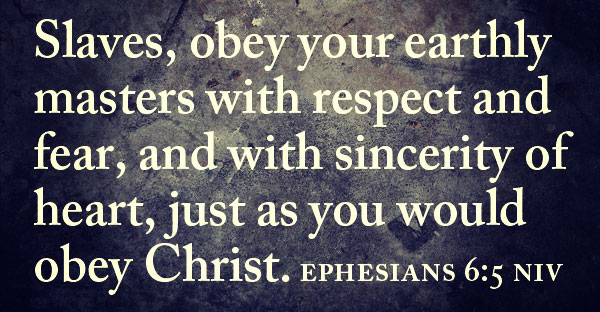 Writing in The Atlantic, Emma Green attempts (and does so quite admirably) to navigate the turbulent history of Southern Baptists’ previous support of racism to their now vocal opposition. She notes that since 1995 the SBC has been publicly repenting of its history of racial discrimination, which marks a decisive turn from the denomination’s beginnings when it “helped define the history of American racism.”

Green also observes how Southern Baptists read the text with an emphasis on the individual. She spoke with SBC African American pastor Thabiti Anyabwile, who said,

Most of my African American brothers and sisters, we’ve had a group experience. Our experience in this country has been defined first and foremost by this pigment that we share. So when we have these conversations about how to make progress, African Americans go to group experience pretty quickly. We speak in “we”. And white Americans go pretty quickly to the individual and speak of “I” …

One of the things we have to repent of as a denomination or as conservative Christians … [is] the shrinking idea of justice down to abortion and homosexuality. There’s far more going on in the world affecting far more people that we also ought to be concerned about.

The issues Anyabwile mentioned that Southern Baptists should be concerned with included criminal-justice policies, education funding, and the alleviation of child poverty. This, of course, is not likely to happen. And why? Well, it’s back to the Bible.

According to Russell Moore, the head of the SBC Ethics and Religious Liberty Commission (ERLC), scripture is not clear on these social issues the way it is clear that racism reflects humankind’s sinful nature. Green perceptively comments,

Notably absent from the ERLC’s policy priorities are issues like mass incarceration or fiscal programs designed to support those in poverty. It’s one thing to aim to purge a man’s heart of ill will toward his black or white brothers in Christ. It’s quite another to try to rectify the after-effects of 250 years of slavery and decades of Jim Crow that followed.

Fred Clark, responding on his blog to Green’s article, argues that inerrancy and individualism were not mere impediments to racial and social justice, they were justifications for injustice. He contends,

Inerrancy is an artifice constructed to provide a way of reading the Bible to defend slavery … That’s why it exists. It enabled Southern Baptists in 1833 and 1845 and 1965 to cite pro-slavery proof texts in order to limit and trump the Golden Rule …

And the white evangelical ideal of individual salvation – a ‘personal Lord and Savior’ whose kingdom exists only in some otherworldly afterlife – was developed as a rationalization for the brutal injustice and denial of salvation [read social justice] that white Christians were determined to defend and endorse in this world and in this life.

Either way – as contributing factors or as justifications/rationalizations – the Southern Baptist belief in biblical inerrancy and over-emphasis on individual salvation continues to limit their participation in a holistic gospel that intentionally pursues racial reconciliation and social justice issues. 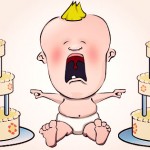 April 21, 2015
To Christians who support RFRA laws: Grow Up!
Next Post

May 4, 2015 Shoe Polish, Gospel Gratitude, and Teacher Appreciation Week
Recent Comments
0 | Leave a Comment
"6 Bible results for "be kind":2 Chronicles 10:7They replied, “If you will be kind to ..."
Jim E Jones Seven ways Christians blow it
"Uh...no?"
Tiny J Seven ways Christians blow it
"GOd came to save us from eternal separation from God by dying on a cross?Do ..."
Bones Did Jesus speak more about Hell ..."
"Eternal separation from God"
SPH Did Jesus speak more about Hell ..."
Browse Our Archives
Related posts from Unfundamentalist Christians