Love Doesn’t Really Win (or does it?)

On Friday, June 19, Dylann Roof, charged with nine counts of murder in the shooting deaths that occurred at Emanuel African Methodist Episcopal Church in Charleston, South Carolina, appeared before a bond hearing court. Family members and friends were permitted to speak to the suspect. Roof could hear them, but he couldn’t see them.

We have victims, nine of them. But we also have victims on the other side. There are victims on this young man’s side of the family. Nobody would have ever thrown them into the whirlwind of events that they have been thrown into. We must find it in our heart, at some point in time [the judge here perceptively knows that forgiveness is a process], not only to help those that are victims, but to also help his family as well.

What a great example of how a magistrate can create a context for grace to prevail over condemnation.

We welcomed you Wednesday night in our Bible study with open arms. You have killed some of the most beautiful people that I know. Every fiber in my body hurts … and I’ll never be the same. Tywanza was my son … my hero … may God have mercy on you.

Bethane Middleton-Brown, representing the family of the Rev. DePayne Middleton-Doctor acknowledged her hurt and anger but then said,

We have no room for hate. We have to forgive. I pray God for your soul.

Although my grandfather and other victims died at the hands of hate, this is proof – everyone’s plea for your soul is proof they lived in love and their legacies will live in love, so hate won’t win.

I forgive you, my family forgives you… Give your life to the one who matters the most, Christ, so he can change your ways no matter what happens to you and you’ll be okay.

The daughter of Ethel Lance said,

Such beautiful statements of hurt, anger, and forgiveness are reflective of the power of love to prevail in the most horrible and evil of contexts. When progressive Christians talk about love winning, this, of course, is what we mean. Many of us also believe, however, that love can break down the most resistant and calloused among us and move them in a trajectory of transformation.

Some of us are hopeful universalists. We believe that even the likes of Dylann Roof, a child of God who allowed hate and prejudice to blind him to his solidarity and kinship with his African-American sisters and brothers, will ultimately repent (maybe not in this lifetime, but at some point in his eternal pilgrimage) and be redeemed. So ultimately love wins.

But in another sense love doesn’t win at all, because life in God’s kin-dom is not about winning. Life in God’s world is about completely stepping out of the game where winners and losers are assigned on the basis of comparison and competition.

Jesus told his disciples, who were caught up in an argument about who would be the greatest in God’s realm, that while the powerful of the world liked to exercise authority and control over others, they were to “be servants of all” (Mark 9:33-37; 10:41-44).

The way of Jesus is not about winning and losing, it’s about serving and loving, sometimes in the midst of great hate and evil — as the family and friends of loved ones tragically killed in a hate crime in Charleston, S.C. have so amazingly and beautifully shown us. 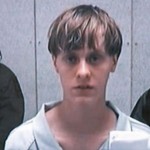 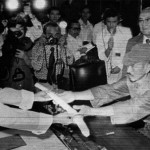 June 28, 2015 Will Someone Please Tell Christians That the LGBT War Is Over?
Recent Comments
0 | Leave a Comment
Browse Our Archives
Follow Us!