Must Christians Believe in a Second Coming?

The physical, bodily return of Jesus Christ was declared one of the five essential doctrines of Christian belief by the Conference of Conservative Protestants that met in Niagara Falls in 1895 (the other four doctrines were biblical inerrancy, the virgin birth, the divinity of Jesus, and substitutionary atonement). These five beliefs formed the foundation Christian fundamentalism and remain central tenets of modern evangelicalism.

Most Christians today, including many progressive Christians, anticipate some kind of divine intervention to close human history as we know it and to begin something that looks very different from how life on planet earth looks now. Many of the early Christians connected the climax of this present age with the revelation of the resurrected Christ from heaven, which would result in the resurrection of all humanity. Paul called this Christ’s “coming” (see 1 Cor. 15:21-24, 1 Thess. 4:12-18).

These early Christians also confidently believed that this “coming” (Greek, parousia) would happen soon. For example, Paul told the unmarried in the church at Corinth it would be best if they stayed unmarried because the world they knew was about to end (see 1 Cor. 7:25-31). In Jesus’ discourse on the coming of the Son of Man, he said, “Truly I tell you, this generation will not pass away until all these things have taken place” (Mark 13:30). Of course, that generation did indeed pass away and the coming of the Son of Man did not occur — and here we are two millennia later.

Many Christians say, “The early church got the timing wrong, but the event is still going to happen; they messed up on the when but not the what.” Maybe so, but then maybe not. I am not looking for some kind of sensational “coming.” I believe the apocalyptic language of scripture (like Mark 13, Matt. 24, Luke 21) should be read poetically, symbolically, and metaphorically, not literally.

I sometimes wish I could believe in a divine intervention to end human history as we know it. It’s hard to imagine religious institutions and religious faith as they now exist doing much to make a difference in our world. In fact, one could argue that religion in general and Christianity in particular are about as likely to make things worse as better.

As a species we are probably not past adolescence in our moral and spiritual evolution. Terrorist groups are on the rise. Massive systemic injustice abounds in governments, economic systems, and institutions of all types. At times it seems as if we may not even survive as a species. If I believed in some kind of divine intervention it would sure be easier — I could then sit back and wait for Christ to come and clean up this mess.

God is hidden in the world. God invites, woos, entices, draws, and speaks in a still, small voice that is subtle and hardly perceptible. God does not coerce, control, or micro-manage our lives or any of the events and experiences on planet earth or in our universe. I don’t suspect that will change.

The Hebrews began to form a belief in resurrection during the intertestamental period. Until then they spoke of sheol as the place of the dead. It was probably in most instances just a synonym for death itself. Then around the third century B.C.E. they began to intuit that there must be more to life than this life, that those who suffered unjustly and died prematurely must be vindicated. During this time apocalyptic language emerged as a way to talk about a final vindication, and the idea of a general resurrection became popular. This is why many of the early followers of Jesus believed the end was near after they became convinced that God raised Jesus from the dead. They considered Jesus’ resurrection the beginning of the resurrection of all humankind (see Matt 27:52-53; 1 Cor. 15:23-24).

I, too, believe that there must be more, that all wrongs will be put right, that all things broken will be healed, that all things estranged and alienated will be reconciled. My Christian faith gives me that hope and nurtures trust that God’s love will prevail by preserving our conscious existence into the future. I can’t begin to imagine what that might actually look like or be like so I don’t even try, but I trust that it will be good.

The second big truth is this: though I am not looking for some miraculous intervention from heaven, I very much believe that God is working in our world to transform our world.

I am not waiting for Jesus to personally return in bodily form, but I am convinced that the spiritual presence of the cosmic Christ is already here pervading this world and this universe. We just need eyes to see what is in front of our face.

We don’t need more Christians to believe in some end-time cataclysmic shake-up. What we desperately need right now is more Christians to see the possibilities of Christ in glory here and now, to claim who they are in God and to become the body of Christ: feeding the hungry, caring for the vulnerable, healing the wounded, liberating the oppressed, and working for peace and restorative justice in the world. 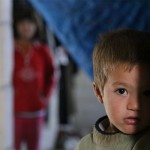 November 17, 2015
Kicking the Samaritan: Christianity and the Anti-Muslim Backlash
Next Post 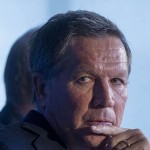 November 20, 2015 There Is No "Judeo-Christian Tradition"
Recent Comments
0 | Leave a Comment
Browse Our Archives
Related posts from Unfundamentalist Christians