There Is No “Judeo-Christian Tradition”

There Is No “Judeo-Christian Tradition” November 20, 2015 Don M Burrows

Ohio Governor John Kasich, whose bid for the presidency appears to be running on fumes, announced earlier this week that the U.S. should develop a federal agency to export “Judeo-Christian values.”

No surprise there. Most Republican candidates have worked to appeal to religious conservatives, and using the buzz phrase “Judeo-Christian” is a tried and true way to do it. But in point of fact, there really is no “Judeo-Christian tradition.” Said tradition is nothing but a Cold War invention that elides thousands of years of history in the service of identity politics.

Lots of people throw around the phrase “Judeo-Christian,” and many do so with good intentions: as a way to acknowledge the shared texts and origins of the two faiths. But nobody spoke of a “Judeo-Christian tradition” until quite recently. Indeed, the word does not even show up in the Oxford English Dictionary until 1899.

If you know any amount of Christian history, or have merely read the New Testament, you know that anti-Jewish animosity has been an unfortunate part of the Christian story since nearly the beginning. This continued into the modern era until the horrors of the Holocaust led to a re-examination of Jewish-Christian relations. Unfortunately, it still exists today in many quarters.

Sometime around World War II, the idea of a distinct “Judeo-Christian tradition” was born. Its invention has been exhaustively examined by U.S. historians. Martin Marty’s Modern American Religion treated the subject extensively. The historian Mark Silk has a helpful article summarizing the creation of the term, and Deborah Dash Moore has written about how the experience of World War II G.I.s led to a shared identity among Catholics, Protestants, and Jews. Even as early as the 1960s, Arthur Cohen was decrying what he called The Myth of the Judeo-Christian Tradition.

Kevin Kruse’s recent book One Nation Under God also explores this postwar period when many of the totems of present-day religious conservatism were born – like the current Pledge of Allegiance with its addition of “under God,” and the myriad 10 Commandments displays that cropped up all over the country in conjunction with Cecil B. DeMille’s film.

So when Kasich mentions exporting “Judeo-Christian values,” he is walking well-trodden political ground, and he apparently knows this, pointing out that this tactic of Western evangelism was used in the Soviet era. But just as it was then, it still is an intentionally exclusionary ploy, a dog whistle suggesting that in order to be truly American, even truly Western, one must be Christian or Jewish (even though Jews have only recently been afforded this identity).

The equation of “Judeo-Christian” with “Western” and “democratic” is an ideological construction, not a historical one. The Western tradition (which has not been all good, let’s remember) has seen contributions from the religious, the anti-religious and many in between. But historical accuracy isn’t really the goal here, is it? No, the underlying intent is the assertion of one religious and cultural identity over and against another group of people – in this case Muslims rather than Communists. Needless to say, even if exporting democratic ideals is the goal, why is religious demarcation necessary? India, for example, is a large democracy and is not Christian.

In calling for a Mideast policy of spreading “Judeo-Christian values” Kasich isn’t offering a serious foreign policy proposal, he’s playing a political game. He’s just one more politician in a long history of politicians who utilizes a group of marginalized people as a scapegoat to feed red meat to his supporters, resulting in a situation alarmingly similar to how Jews were treated prior to the 20th century — before anyone had decided we suddenly needed a “Judeo-Christian tradition” to uphold. 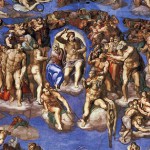 November 19, 2015
Must Christians Believe in a Second Coming?
Next Post 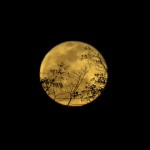 November 23, 2015 Upon a Midnight
Recent Comments
0 | Leave a Comment
"6 Bible results for "be kind":2 Chronicles 10:7They replied, “If you will be kind to ..."
Jim Jones Seven ways Christians blow it
"Uh...no?"
Tiny J Seven ways Christians blow it
"GOd came to save us from eternal separation from God by dying on a cross?Do ..."
Bones Did Jesus speak more about Hell ..."
"Eternal separation from God"
SPH Did Jesus speak more about Hell ..."
Browse Our Archives
get the latest from
Progressive Christian
Sign up for our newsletter
POPULAR AT PATHEOS Progressive Christian
1