Why Two Christmas Stories Are Better Than One

Why Two Christmas Stories Are Better Than One December 23, 2015 Guest Contributor 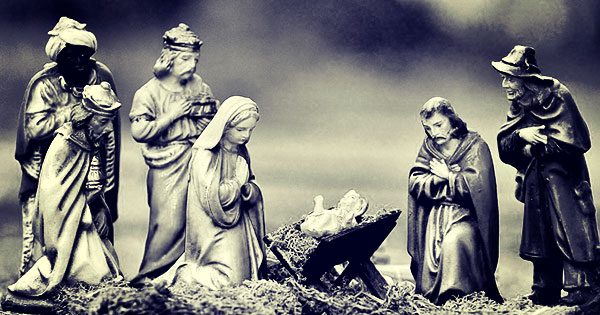 As a citizen of America, I’m almost done with Christmas. We’re living in a century where the cultural defense and political exploitation of Christmas as an institution have become even more obscene than the holiday’s ongoing commercialization. But, as a Christian and a big fan of Jesus and hope, I still admire and embrace the season of Advent and the holy day (that’s right, just a day!) of Christmas. There is much to love, from ancient traditions to recent memories.

My falling out with Christian culture and my journey through biblical scholarship over the last several years have complicated and ultimately transformed my relationship with Christmas, particularly with the nativity traditions found in the Bible. The notion of a singular, harmonious, “biblical” Christmas story runs into all sorts of trouble when the texts are read attentively.

I’m not so much concerned with veracity or historicity, since these are stories about revelation and faith. But what comes apart under scrutiny is the idea that the Bible presents us with a single complete and coherent narration of the birth of Jesus. Instead, it offers us two very different ones, and we have smashed them to bits in order to construct a third hypothetical one out of their pieces. This is my brief attempt to outline a case for keeping them separate, allowing them to speak and breathe, and coming to terms with their apparent incompatibility.

By “harmonizing” the two gospel accounts of Jesus’ birth, we have muffled the unique and emphatic message of each. We have written a new story, a mashup that speaks to our own interests and agendas, and ignored the Bible’s true voices even as we claim and reappropriate their words.

This combined Christmas story is a pageant of familiar but detached scenes: Mary and the angel Gabriel, the journey to Bethlehem, Herod’s wrath, no room at the inn, a visit from shepherds, flight to Egypt and return, and the magi with their gifts. We might be vaguely aware that these elements are shuffled together from Matthew and Luke, but we assume that they were meant to be compiled, as if each author was counting on the other to fill in his blanks.

The result is a Christmas story beloved by millions, but which doesn’t resonate in the specific ways it was intended to by its original authors. We celebrate a miraculous birth, but the significance of that birth is relegated to cultural supremacy, religious certainty, and a vague “reason for the season.” The original stories have something very different at their heart.

To help illustrate the problem, here are a few observations and questions I had never pondered until I studied the nativity texts separately:

Though these questions don’t necessarily represent irreconcilable problems or errors, these difficulties are glossed over by the traditional harmonizing of the stories. In light of questions such as these, I suggest an earnest and careful reading of each story individually, so that both can stretch and breathe and say what they want to say.

Matthew tells the story of Joseph, a descendant of David who lives in the king’s hometown of Bethlehem with his wife-to-be Mary. An angel tells Joseph that Mary, though a virgin, will soon give birth to a very special child, the long awaited Anointed One whom the prophet Isaiah called “God With Us.” Meanwhile, astronomers from the East followed a star to Judea, inquiring about the child, which sends King Herod into a jealous rage whereupon he orders the slaughter of all the infant boys in the region. Jesus is born and Joseph, having chosen not to divorce Mary, flees with her and the baby to Egypt. When an angel tells him it is safe to return, the family returns to Judea but relocates to Nazareth to keep the child anonymous and safe.

The key to Matthew’s nativity is that he has chosen a narrative template from the ancient Jewish scriptures through which to tell this story. In particular, he has chosen the story of Moses and his birth. Every character in Matthew’s tale fits a type from the old story: Baby Jesus is baby Moses, Joseph is Amram and Mary is Jochebed, Herod is Pharaoh and the magi are Jannes and Jambres, the magicians of Egypt. Matthew subverts these roles, however, to weave the story of a new prophet, the founder of a new Israel. Instead of a pagan emperor, the villain is Israel’s own king, and the magicians seek to honor the true king rather than consort with the illegitimate one. Another surprise is that Egypt here is a place of refuge rather than a prison. Matthew announces the birth of Messiah in utterly familiar Jewish narrative language, while at the same time indicating an inversion of values and expectations.

Unfortunately, most of us are at a disadvantage because we’re only familiar with the Moses texts of the book of Exodus. For his story, Matthew has tapped the midrashic expansions (rabbinical extended editions) of the tales which were popular in his day. This is where specific details come from, such as the element of dream intrigue and the question of divorce. Matthew is expecting his readers to recognize these tropes, and to effortlessly understand his message: that a new Moses has been born who brings a new Torah for a new age, but that Israel has become too corrupt to recognize or embrace it. Again, this involves familiar themes and typologies (five dreams and five “fulfillments” of scripture to constitute a new five-part Torah), as well as unexpected subversions (the presence of women in Matthew’s messianic genealogy and an honorable portrayal of pagan astronomers). Matthew’s story is ultimately about God’s inclusive love for refugees and foreigners.

Luke tells the story of Mary, a young virgin who lives in Nazareth and is betrothed to a man named Joseph. She is visited by the angel Gabriel and told that she will give birth to a holy child, the Messiah who will reign over Israel on David’s throne. Mary rejoices in this news and in the fulfillment of God’s promise to deliver her people. A census requires Mary and Joseph to travel to Bethlehem, his hometown, where they stay with his family and the child Jesus is born. An angel announces the birth to a group of poor shepherds who come and visit the family. After all of this, they travel back home to Nazareth.

Luke has also chosen an Old Testament framework for his narrative, and it is the pervasively common “opening womb” story, in particular the stories of Abram and Sarai (parents of Isaac), Hannah and Elkanah (parents of Samuel), and even Manoah and his wife (parents of Samson). In these stories, a couple who do not consider it possible to conceive are blessed by God with a child. These children grow up to play decisive roles in the history of Israel, and their origin stories indicate that God has acted miraculously to guide their fate.

Luke’s narrative lacks serious conflict, except perhaps for the personal drama in the subplot about Mary’s cousin Elizabeth and her husband Zachariah, the parents of the prophet John (a subplot which also culls from those ancient birth stories). There is no threat against the child as in Matthew’s nativity, but that seems to be part of Luke’s agenda. He doesn’t use his story to confront the powers-that-be, but to pass them by and dismiss them entirely. Consider: the most significant birth in history is predicted, fulfilled, and revealed entirely among the poor and lowly, almost as if it were a secret thing intended only for them! God is revealed not in the halls of wealth and power, but among the humble and destitute. Israel’s ancient longing is not answered through battles or fanfare, but through the personal testimonies of two peasant women and a troupe of socially expendable shepherds. Despite its lack of dramatic conflict, Luke’s story represents a fierce ideological confrontation with the religious and imperial powers which ruled in his day.

Rediscovering the True Heart of Christmas

What do we observe about the Bible’s two Christmas stories after considering them in contextual isolation?

Both are heavily reliant on established themes and narratives from the Hebrew scriptures, to an extent that is obscured when we attempt to harmonize them. Both are intensely subversive of those borrowed elements, suggesting an offensively radical inclusiveness in the case of Matthew, and a revolutionary inversion of socioeconomic classes in Luke. And, both are pervasively political, decrying the established order and envisioning a new world (for example see Mary’s “Magnificat” in Luke 1:46-55).

At the heart of both stories is the exact same announcement: the miraculous birth of the Messiah! But each has constructed its own story around that announcement, and done so with unique and bold creativity. These are not stories of cultural domination or religious supremacy, but of liberation, deliverance, and rescue for the marginalized and the needy — literally refugees and immigrants. These are the Christmas stories, ancient and relevant, joyous and true.

About Josh Way
Josh Way is a writer, cartoonist, and web designer who lives in Pearl River, NY with his wife and four-year-old daughter. He has a Masters degree in Biblical Literature from Alliance Theological Seminary. He blogs at http://bible.joshway.com and posts Patreon-supported comedy videos at http://patreon.com/joshway. 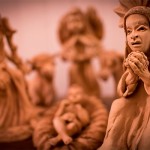