Christians need to be honest about biblical contradictions (especially in the Bible’s different portrayals of God) September 12, 2016 Chuck Queen 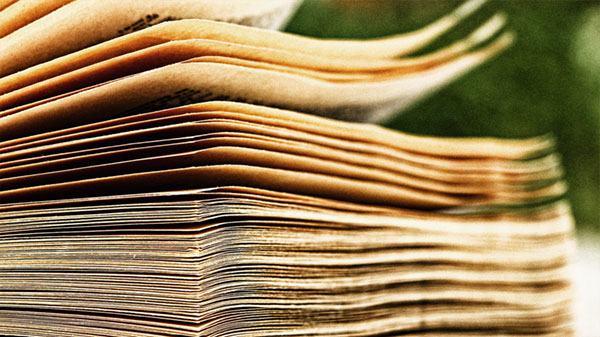 Christian leaders and churches need to admit that we have done a poor job in teaching parishioners how to read biblical texts critically. Perhaps Christians wouldn’t believe and do such silly things if they had been taught to read the Bible critically before trying to appropriate it spiritually.

The Revised Common Lectionary on the seventeenth Sunday after Pentecost of Year C pairs Exodus 32:7-14 with Luke 15:1-10, providing Christian preachers a wonderful opportunity to talk about the importance of reading the biblical text critically, honestly facing the inconsistencies.

In Exodus 32, Moses goes up to the mountain to talk with God and receive God’s instructions. Meanwhile, the people God brought out of Egypt grow impatient and decide to make an image and worship the image. So God says to Moses, “I have seen this people, how stiff necked they are. Now let me alone, so that my wrath may burn against them and I may consume them, and of you I will make a great nation.” God has lost all patience and is ready to consume them.

But Moses intercedes. Moses says, “Now God, let’s step back, take a deep breath and talk about this. You brought these people out of Egypt by your mighty power. Think about what the other nations and peoples will say about you. Your reputation is on the line here. They will say: ‘The God of Israel brought his people out of Egypt so he could wipe them off the face of the earth.’ Think about how that makes you look. And then too, don’t you remember the covenant you made with Abraham, Isaac, and Jacob, your servants, and how you promised to multiply them like the stars of the sky and give them the land. Are you going to break your promise, Lord? You really need to think this through.”

In the two parables in Luke 15, God is compared to a shepherd who goes out searching for a lost sheep and a woman who searches for a lost coin, and, in both stories, the search continues until that which is lost is found. And when the lost sheep and the lost coin are found, the one doing the seeking celebrates by throwing a party. In these parables the seeker (representing God) searches “until he/she finds” what is lost. There is no giving up.

What are we to do with these two very different images and portrayals of God? One possibility is to simply ignore the one we don’t like. If you believe in a God of wrath over a God of grace, then you will most likely focus on Exodus 32 and ignore Luke 15. Christians do this sort of thing all the time. When one scripture clashes or contradicts another scripture, a common approach is to simply ignore the scripture we don’t like and say, “Well, it will all make sense one day.” But (and this is important) that’s not being honest with the text, is it? It’s a refusal to face what is. This approach is not only dishonest, it’s not very practical. When we try this in other areas of our life it usually gets us in trouble. Relate to your spouse that way and see how it works for you.

A second approach that is also fairly common among Christians is to rationalize the one we don’t like so that it means something other than what it actually says. At one point in my faith journey I was quite skillful at this. When I learned Hebrew and Greek in seminary I discovered that I could employ some rather fanciful exegesis and convince myself and others that the text means something other than what it actually says. In other words, I would just keep working the text until I would get it to my liking or at least come up with some interpretation that would supposedly resolve the contradiction. The problem here is that it’s really hard to make 2 + 2 equal 5, no matter how brilliant the explanation.

One might try to rationalize Exodus 32 by saying that God was just testing Moses. God wasn’t really going to consume them. But why would God want Moses to think God was going to destroy them? Think how that would negatively influence Moses’ own thinking about and faith in God. And, of course, that is not what the text says. The text says that God changed God’s mind, after having been persuaded by Moses to spare the people.

The only constructive way forward is to be honest with the text and admit that we have two very different portrayals and images of God that cannot simply be ignored or rationalized away. When I read Exodus 32 critically, I realize that this story reflects what the storywriter and the ancient Hebrews who preserved this story believed about God at that time in their history. This is how they imagined God. Unless of course the story was intended to be humorous – a kind of holy irony where Moses acts more like God than God does. I don’t think that is likely, but it is a possibility.

Nevertheless, the portrait of God in Exodus 32 clashes with the portrait of God painted by Jesus in the Gospel of Luke. They are both in the Bible, but they do not have equal authority. When you get right down to it, no Christian, even the most conservative Christian, believes the Bible equally. Some parts of the Bible are focused on, and other parts of the Bible are ignored or dismissed in some way. One can be intentional and purposeful about it, or one can be unintentional and haphazard in doing it. But every Christian chooses some scriptures over others.

Disciples of Jesus must always give preference to the Gospels – to the stories about Jesus and the stories Jesus told. We must always give first priority and more authority to those texts that teach us about Jesus and what Jesus taught, believed, and did, than other scriptures. There is a reason the church calendar centers and revolves around the life of Jesus. There is a reason that the Gospel texts occupy center stage in the Lectionary. There is a reason that most Christians confess Jesus as their Lord. So the texts dealing with Jesus should have more authority than all the other texts.

Of course, if we are honest we also have to read the Gospel texts critically as well. That means acknowledging that the Gospel writers sometimes embellished and altered the stories that were passed down to them. And undoubtedly the oral stories were altered and changed as they were passed along decades before they were ever written down, collected, and utilized as a source for the composition of our canonical Gospels.

Reading the Bible honestly and critically helps us to realize that the Bible didn’t float down from heaven on the wings of angels. The Bible came to us through a very human and fallible process. It also provides some boundaries and parameters for making spiritual application of these texts to our lives and faith communities 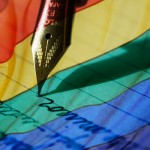 September 9, 2016
To the hate preacher at Pride
Next Post 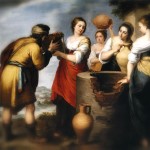