Why Boycotting Disney over a Gay Character Is Childish and Hypocritical

Why Boycotting Disney over a Gay Character Is Childish and Hypocritical March 20, 2017 Matthew Distefano 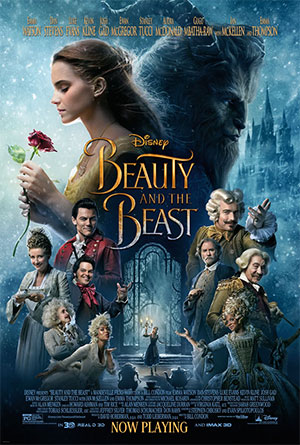 I recently saw Disney’s Beauty and the Beast with my six year old daughter. We loved it. Emma Watson, Dan Stevens, Josh Gad, all of them—fantastique! The story is fantastic too. In fact, you can read my review of the 1991 version here. But some Christians aren’t too happy about this film. And all because one of the characters may be gay . . . Oh, the humanity! Franklin Graham is one of these, and has even gone so far as to advocate for an outright boycott of Disney:

“They’re trying to push the LGBT agenda into the hearts and minds of your children—watch out! Disney has the right to make their cartoons, it’s a free country. But as Christians we also have the right not to support their company. I hope Christians everywhere will say no to Disney.”

In the most literal sense, Graham is correct: Christians do have the right to not support Disney. I would never argue otherwise. But I also have the right to say how idiotic and childish it is to boycott an entire company over their acknowledging gay people exist. Because that is all this is, regardless of what Graham says. Pardon the innuendo, but it is not as if Disney is ramming some supposed gay agenda down our throats. They aren’t including a hot and steamy gay shower scene or anything to that effect. They simply made it more obvious that Gaston’s sidekick LeFou may be, as most of us already suspected, gay. And they did it awfully subtly too!

Nothing explicit or “sexual” at all!

But I guess Graham and those who take his advice won’t ever know that because they won’t be seeing the film. They’ll be up on their mountaintop of piety, looking down on all of us who dare watch a film that devotes roughly 30 seconds out of 129 minutes to a vicious “gay agenda.”

And that brings me to my major point: Christians who act like this are being embarrassingly hypocritical.

You see, throughout Disney’s history—and the history of all production companies for that matter—there have been all sorts of characters, from the immoral to the highly moral, and everything in between. And so, no matter what view you hold regarding the LGBTQ question, it seems dubious to all of a sudden advocate boycotting a company for including a gay character. For example, when Disney included a Candelabrum with a yuge (hetero)sexual appetite, Christians were silent. He could chase tail left and right throughout the entirety of the film, and no call from Graham and his ilk to boycott anything. Where’s the consistency in the moral outrage? Shouldn’t the boycotts have begun in 1991, the minute this “perverted” Candelabrum was championed?

So, why didn’t they?

Because, assuming one is a Christian, no matter what variety they call themselves, they cherry-pick their Bibles and subjectively approach every exercise in morality that they come across. We all do! Yes, even Franklin Graham, whether he would admit it or not. The proof is in the pudding. On the one hand, he comes down hard on the LGBTQ issue in spite of the fact that the Bible only devotes a handful of verses to the topic. On the other hand, he remains rather silent when it comes to characters that violent the “clear biblical truth” to abstain from sexual immorality in general.

Again, the inconsistency is obvious!

And it is a major reason people are leaving the Church in droves. Over and over, we Christians are standing, as hypocrites, on the wrong side of history. We champion our “moral superiority” when it comes to the LGBTQ issue, but then our clergy get caught engaging in “homosexual acts” at some rent-by-the-hour motel. We beat our collective Christian chests when it comes to standing up for “traditional marriage,” but then divorce at a rate that is no different than non-Christians. And again, because of this hypocrisy, we end up looking less like Jesus and more like what the Bible calls the antichrist.

Anyway, here’s what I think is a better solution to this issue with Disney: If you want to see the movie, see the movie. In fact, I recommend it. It is replete with the Gospel themes of mercy and restoration, which is something we could use more of these days, especially in the Church.

Until next time, may we grow up a little and not be so offended by the world in which we live. And may we start to focus more on our personal eye-planks, and not whatever specks we think we see in our brothers’ and sisters’ eyes. 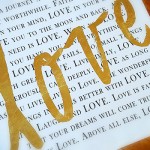 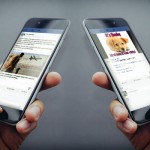 March 22, 2017 Our Fire Is Ruining Facebook
Recent Comments
0 | Leave a Comment
"6 Bible results for "be kind":2 Chronicles 10:7They replied, “If you will be kind to ..."
Jim Jones Seven ways Christians blow it
"Uh...no?"
Tiny J Seven ways Christians blow it
"GOd came to save us from eternal separation from God by dying on a cross?Do ..."
Bones Did Jesus speak more about Hell ..."
"Eternal separation from God"
SPH Did Jesus speak more about Hell ..."
Browse Our Archives
get the latest from
Progressive Christian
Sign up for our newsletter
POPULAR AT PATHEOS Progressive Christian
1

'Thou art the man'
slacktivist
Related posts from Unfundamentalist Christians