Tearing the Robe Twice: Christian Parenting and the Rape of Tamar

Tamar was wearing a long robe with many colors. The king’s virgin daughters wore robes like this. Tamar tore her robe of many colors and put ashes on her head. Then she put her hand on her head and began crying. Then Tamar’s brother Absalom said to her, “Have you been with your brother Amnon? Did he hurt you? Now, calm down sister. Amnon is your brother, so we will take care of this. Don’t let it upset you too much.” So Tamar did not say anything. She quietly went to live at Absalom’s house. King David heard the news and became very angry, but he did not want to say anything to upset Amnon, because he loved him since he was his firstborn son. Absalom began to hate Amnon. Absalom did not say one word, good or bad, to Amnon, but he hated him because Amnon had raped his sister Tamar.

As a child and survivor advocate, I find Tamar’s story to be one of the most haunting in the Bible. Along with the murder of Abel and the rape of Dinah, Tamar’s abuse shows how parents and leaders have failed to properly understand and respond to child abuse since the beginning of time. Their actions have amplified the damage instead of fostered healing. It was Amnon who first caused Tamar to tear her robe in grief. Yet her father David and her brother Absalom cause a second tearing of the robe, by forcing Tamar into further silence and shame. Absalom later goes on a murderous rampage against Amnon, but Tamar — her story, her injustice, even her very existence — vanish from the text, as absent from future biblical narratives as they are from most sermons and pulpits today.

Part of the idea behind creating “Unfundamentalist Parenting” — and why I love Cindy Brandt’s vision — is that it is not sufficient to critique how “other” Christian parents parent, namely, conservative and/or fundamentalist Christians. Deconstruction has a place and is an act of love; however, constructing alternative visions is also vital. So I want to focus in this piece not on attacking the different ways I have seen conservative or fundamentalist Christian parents model their responses to child abuse after the very failures made by King David and his son Absalom. Rather, I want to highlight how Christian parents — whether conservative or progressive or whatever they may be — can move away from these failures and provide healthy, supportive responses to children.

For me, personally, the underlying principle in moving away from a fundamentalist approach to anything (whether parenting or otherwise) is to value human beings more than ideologies. To me, fundamentalism is an obsession with getting ideology right, rather than a dedication to doing right by people. I think the opposite approach is the healthier one for Christian parents: to be obsessed with doing right by people, to seeing, respecting, and protecting the imago Dei in all of our children, rather than thinking — like the Priest and Levite in the Parable of the Good Samaritan — that God values doxy over praxis, thought over action.

When I think about how Tamar’s story shows a failure to respect her humanity, I see a number of ways that Christian parents today can better value their children and ensure their children’s robes are not torn a second time. Here are five of those ways:

1. Teach your children a healthy view of sexuality.

It is heartbreaking that Tamar’s first response to rape is not to run for help or seek justice. Her first response is realize she is no longer “worthy” of her beautiful robes, that she will now be considered less valuable. “The king’s virgin daughters wore robes like this” — but she will never wear such robes again.

Let your children know they always deserve beautiful robes. That knowledge begins with accurate information. Teach your children about their bodies. Teach them the proper names for their body parts, genitals included. Teach them the truth about virginity: that most of the ideas around it are myths used to justify the marginalization, oppression, and abuse of women. Most of all, teach them — no matter what they do with their bodies, no matter what other people do to their bodies, and no matter who or what they are sexually (whether they are straight or gay or bi) — that they are fearfully and wonderfully made. That God loves them unconditionally. That there is nothing they can do, nothing that can be done to them, that will change those facts. They are not sticks of gum, pieces of tape, or whatever damaging metaphors purity culture tells them they are. They are images of God: resilient, valuable, and eternally worthy of love, protection, and respect.

2. Teach your children the importance of consent, that love does not abuse.

When Tamar’s brother Absalom sees Tamar’s despair, he immediately asks her if Amnon did something to her. This tells me that those around Tamar, and thus likely Tamar herself, considered Amnon suspicious and/or unsafe. Yet Tamar felt obliged to acquiesce to Amnon’s demands. Whether this was because he was family or because he “loved” Tamar, it matters not. What matters is that Tamar’s body, rights, and safety were not respected.

3. Let your children feel emotions, even negative ones.

King David and Absalom pour salt on Tamar’s wounds when they command her to “Calm down” and “Don’t let it upset you too much.” Throughout the Bible, God Themself weeps over and rages against abuse. Why should children (and abuse survivors like Tamar) not express the same emotions that God does to evil? Allowing children to feel emotions, even negative ones, and to express those emotions is a fundamentally important part of healing from abuse. It is also fundamentally important to child development in general.

4. Overturn the tables of privilege and hierarchy.

Humans have always lived in a world obsessed with celebrity, hierarchy, and power. We turn a blind eye to evil time and time again: to Jerry Sandusky at Penn State, to Paul Shanley in the Catholic Church, to Bill Gothard in the conservative Christian homeschooling world. This tendency dates back even to Tamar’s time. King David turns a blind eye to the rape because “he loved [Amnon] since he was his firstborn son.” In a patriarchal society, Amnon was a political favorite.

Overturn these tables and teach your children to do so as well. Model for your children how Jesus puts the last first and the first last, how Jesus lifts up the lowly and oppressed from the margins and centers them. As Janet Pais writes in Suffer the Children, “Jesus turned upside down all earthly notions of status: The powerless and the oppressed are those who count. Children fall within this category—powerless, oppressed, lacking social status. But…’to such belongs the kingdom of God’” (p. 13).

5. Speak out against injustice towards children.

German theologian Dietrich Bonhoeffer once said, “Silence in the face of evil is evil itself.” Yet after his sister’s rape, “Absalom did not say one word, good or bad.” Similarly, David “did not want to say anything.” This is not the path of Jesus. Jesus spoke out against abuse: overturning temple tables and calling abusers a “den of thieves.” Christian parenting should instill similar courage in children. This begins with parents modeling that courage: speaking out when children are treated unfairly by adults, siding with child abuse survivors, and being unafraid to take a stand against powers and principalities that hurt children.

Protecting children begins in the home. Fostering a world that takes child abuse seriously starts with parenting. Christian parents should take Tamar’s story to heart, working to create a world where no child’s robe is torn twice again.

• Emily Maynard, “I Will Listen”

• Allyson McKinney, “When There Is No Justice in Scripture: The Rape of Tamar”

• Boz Tchividjian, “A church silent in the face of evil is no church at all” 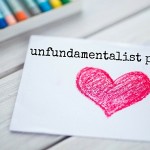