Five Ways to be an Unfundamentalist Parent After the Election 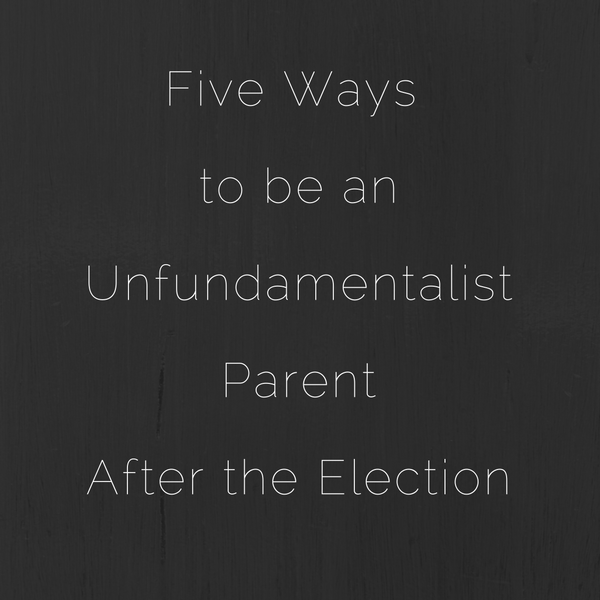 The worst outcome is now our reality—Trump has won the presidential election. If you are an unfundamentalist parent; one who strives to raise children into a world with less sexism, racism, and homophobia, with a faith that tears down walls and welcomes strangers; this election feels like one giant middle finger to our efforts. As unfundamentalist Christians this is particularly painful as 81% of white evangelicals voted for Trump, so for those of us raised in evangelicalism this feels like a most profound spiritual betrayal.

I am reeling from anger, hurt, denial, grief, and shock. But parenting is such that our children need us even when we are undone. Many parents put their children to bed before learning the final result of the election, then tossed in bed restlessly wondering how to wake their children up to a world where the bully won. Here are five suggestions I tenderly offer up in the midst of my own brokenness:

1. Emotions are okay to express with our children. In fact, it’s important to show our emotions so that it validates theirs. Fundamentalism is terrified of emotions, particularly anger, because it can’t be easily contained. Over and over on social media, I see calls for “unity” or efforts to problem solve the visceral reactions people are expressing online. And hurting people are crying out, “let us grieve!” We must model for our children that it is good and right to have emotions, but that it is important to learn how to recognize our own emotions, validate it, and then express it in a healthy way. Christian cultures often condemn negative emotions as sin, causing children to repress them with shame. But it doesn’t have to be this way with my own kids. I want them to witness my emotions so they are free to express theirs.

Go ahead and shed your tears. Express your disappointment. Let out your deep sighs in front of your kids. Our family has felt like a dark cloud is hanging over our heads in the past days, but that’s appropriate. This is a dark time. We are not afraid to be real.

2. “The world is at least fifty percent terrible, and that’s a conservative estimate, though I keep this from my children.” ~ Good Bones by Maggie Smith. Children lack mature cognitive capabilities, experience, and agency to handle the intensity of complex, political issues that have dark consequences in the real world. The movie, Life is Beautiful, illustrates the tender love of a Jewish father who used creative whimsy to shield his son from the horrors of a concentration camp, dancing even as he was led to his execution. Because no matter how terrible the world is, the poet says, ‘you could make this place beautiful.’

I can’t prescribe how you can explain the election outcome to your children because each child has different personalities and levels of sensitivity, and of course age is a factor in how much detail you want to include. But because they are young, a robust filter is a gift you can give to preserve the beauty of their world.

It is okay to show emotions, but try to share your anxiety and fears with other adults instead of transferring them to your children.

3. Read to your children. Here’s what this site says, “After the disastrous decision adults in America have made this week, we’re recommending children’s books, because they give us hope and remind us the next generation can help fix what we’ve broken.” Children’s lit are the most subversive kind of reading because fundamentalism requires rules and children’s lit requires there be none. The stories infuse hope into our cynicism, and we need hope to rise. We need imagination to be useful to the world.

But also, urge your children to read, to study (spoken like a true Chinese tiger mother), make art, and ask questions because if we want democracy to work we need to raise a generation of informed, critical thinkers to participate as responsible global citizens.

4. Care for the marginalized. My kids and I had a conversation about when they will be eligible to vote, and we calculated that within two election cycles BOTH of them can vote. They were excited about this prospect. We continued to speculate the possibility that they may align with different parties from one another. This is how I responded: I don’t care if you vote Republican, Democrat, or any other party as long as you are thoughtful in your decision and that you have the utmost concern for the most vulnerable people in the nation. I want this value to be their litmus test, one that the current US president elect fails so miserably.

The task of caring for the marginalized does not need to wait until our children are eligible to vote. It begins today. Kind notes to the lonely child at school. Free hugs to those who look like they may need one. Tender care for the family pet. Mother Teresa says we must make our homes centers of compassion. Cultivate practices that includes, stands up for, and cares for those on the margins.

5. The marginalized people include our children in their vulnerabilities. Therefore, we must also empower them for resistance. I teach my children to care for marginalized people, but I also know as mixed race Americans they will be vulnerable to racial taunts and internalize racism unless I help them develop a lens to disrupt the status quo.

My daughter is receiving messages every day in her thirteen years that says women’s bodies are to be consumed as sexual objects. I am heartbroken that she has just had to witness a qualified woman be defeated from the highest position of American government by a man with no experience.

Some of our children may be sexual minorities as they develop and learn about their own identity. We must be vigilant in exposing misogyny, homophobia, and racism—tackling these heavy subjects with age appropriate language. Don’t put off uncomfortable conversation about race and other complex matters because regardless, they are already breathing the poison in the air. We must expose it, and empower them to resist it. Let them see injustice so they can fight the good fight.

Allow our girls to raise their voices. Celebrate blackness, or Asianness, or mixed race heritage. March in Pride or turn our profile pictures rainbow. Because love is loud and proud and stares down oppression with power.

Because here’s what the truth, aka what Leslie Knope says, addressing little girls in the aftermath of this shit show of an election: “He (Trump) is the present, sadly, but he is not the future. You are the future. Your strength is a million times his. Your power is a billion times his. We will acknowledge this result, but we will not accept it. We will overcome it, and we will defeat it.

Now find your team, and get to work.” 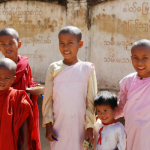 November 8, 2016
Raising Children to be Spiritually Multilingual
Next Post 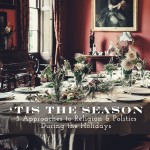 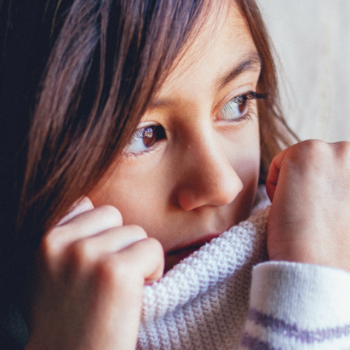