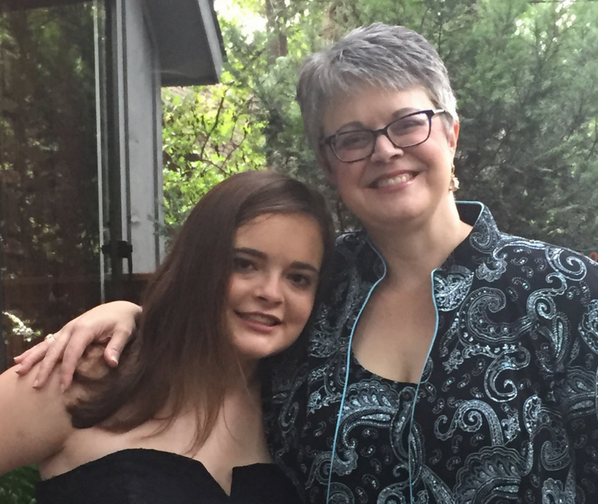 At the tail-end of a Sunday-afternoon nap, I was awakened by the sound of sleet. My first thoughts were of the yuckiness of snow and sleet in March… followed very quickly by the panicked realization that 16 year old was out somewhere driving.

Gracie has a good head on her shoulders, but she’s only had her driver’s license for a few months. And sleet in East Tennessee is unpredictable. I called her, told her to come straight home. Then quickly wondered why I was letting her drive at all. Called her back and her friend answered; they were already on the road. My brain was stuck in that frozen place between an afternoon nap and a sort-of emergency, so I was babbling, thinking out loud about where they should pull over so we could come get them.

Then, I hear Gracie yell in the background, “Mom! I hit somebody! I have to go!” Click.

A series of frantic calls after that confirmed that she had rear-ended another car, there were no injuries, but  there was some damage to both cars. She was upset over her car and the fact that she had really and truly had a wreck… I was kicking myself for being SO CLOSE to preventing it.

Why, why, why did I let her leave Starbucks? Why did we let her drive with impending bad weather? Did my call distract her, even though her friend answered, and contribute to the accident? Why didn’t I call sooner? Why did I take a stupid nap when my daughter was out driving in a snowstorm??

We hop in the car to go meet them. As I’m driving (I’m the snow driver), my husband is texting back and forth with Gracie and I’m peppering him with questions. Then, she texts that the other people don’t want to call the cops.

Great. Why would you not want to call the police if you weren’t even the one at fault? They probably don’t have insurance. Or maybe they have drugs in the car. Or what if they say everything is fine and no one is hurt… and then later try to sue us?

We told her to just hang tight, that we would be there soon. And then comes another text from Gracie:

“One of them is black. I think he’s just afraid to call the police.”

We arrived soon after, and thanks to Gracie’s wise words, I didn’t do the Mama Bear thing, demanding to know why-the-hell-you-don’t-want-to-call-the-cops. We hugged Gracie (who was bawling) and made sure they were okay, and then spoke to the young couple and tried to get a feel for the situation. Sketchy… or afraid?

The young black man had his hood up, pulled down so it was hard to see his eyes. He didn’t make much eye contact, kept his head down, was poking around at the back of his car. I asked if everyone was okay, spoke to his wife (who appeared to be white or mixed race), and checked on their young baby. She was just a few months old, and had been properly restrained in a car seat. (Pediatrician says, yay!) I said that since there was damage to their car we needed to report it. He mumbled agreement, saying that they had wanted to wait until we got there to call the police. I asked if they wanted to call, or wanted us to… they answered in unison, “You call.”

By that point, it was pretty evident that this was a young, innocent, scared family. My husband called the police to report the accident, while I tried to figure out how to broach the subject that was foremost in my mind. The young man, glancing fearfully towards my husband, nervously asked, “Is he calling?”

I said yes… and then said, “And when the police get here, we will stay close… just to make sure everyone is treated respectfully.” It took him a couple of seconds for that to register, then he looked directly at me for the first time.

“Thank you. THANK you. Thank you so much for understanding.” He would spontaneously thank me several more times… and with each passing moment seemed to gradually relax. We chatted for several minutes about the state of the world… I said that most likely the police would be totally professional but it never hurts to be cautious… his wife agreed and then said, “but you never know…” I flirted with their young baby, who was absolutely gorgeous, and said, “Maybe by the time she’s an adult we won’t need to have these conversations…?”

He looked down at her for a long time, then answered in a regretful tone of voice, “Maybe.”

When the police arrived, the young man held their baby while his wife (who had been driving) spoke to the police. He stayed well away, talking to his baby, sticking to me like glue. Everything about his body language indicated guarded fear, and he was doing everything possible to indicate that he was not a threat to anyone. The policeman was respectful and efficient, and in a hurry due to another call he had already received. The accident was appropriately reported as Gracie’s fault, and he didn’t give her a ticket. By the time it was all finished, the young man was relaxed, engaging, telling stories about their baby girl and their dogs. We exchanged information and went on our way.

For the remainder of the night, we rehashed things as a family. There was much to unpack, including driving (or not) in bad weather, how ice can collect on roads without any visible sign, how scary it is to try to brake and the car doesn’t respond. About how proud we were that Gracie’s friend answered the phone when I called… but how a phone call can still be distracting to the driver.

Then, we dug into the other stuff.

It isn’t a far stretch to see how things could’ve gone wrong. What if Gracie hadn’t discerned, right from the start, that the young man was afraid? What if she had been looking for a way to blame them, just because she was freaked out over having a wreck? What if she had told me that she thought they were acting weird, and didn’t want to call the cops… and then I piled onto that mindset, assuming the worst? What if, when the cops arrived, I quietly pulled him to the side, identified myself as a physician, and said, “That guy’s been acting strange. I think they may have something to hide…..” What if the attention of the police had been diverted to them instead of us… and the scared young man reacted badly and appeared aggressive or threatening, rather than afraid?

Gracie told me later that the young man was “being mean” when she first got out of the car… fussing at her for not paying attention. She was crying and apologizing, and his wife finally told him to hush and stop making her feel worse, and to get back into the car. Gracie said, “He was kind of being a jerk… but I think he was just scared.” I’m so incredibly proud of my girl, that in the midst of her own freak-out moment, she correctly recognized his fear.

We’ve come a long way as a society… but we still have so much further to go. The fact is that people react differently based upon their sex, their ethnicity, their circumstances. Gracie started crying; he started yelling. She was worried about getting into trouble with her parents; he was afraid of getting the shit beat out of him by the police. Our bodies tend to react of their own accord, and young people have little experience in how to reign in those emotions.

When I think about the difference in posture and facial expressions of my friends and family, when they are happy and relaxed… versus when they are angry or afraid… it is like night and day. For my part, I get a splotchy neck and face, and big, ugly bug-eyes that mean, “Watch out… she’s gonna blow…” We all look and sound and react very differently depending on the situation. Now, I think, I have a name to attach to the body language of that young man, when I first arrived: Helpless fear.

I’m not sure how we heal as a nation and a world filled with people who see things from polar opposite perspectives… or whether many of us will ever see eye to eye. But I do know this much:

Our kids, thank God, have internal vision that many of us lack. These “millennials”, who we so often disparage for being entitled and self-centered… they intuitively understand things that their parents do not. They get it. They have the eyes to see, and the ears to hear. And maybe, just maybe, they will be the ones to move us forward to reconciliation.

And so, at the end of an icy day filled with fear and dented bumpers and parenting fails, I laid my head on the pillow with a feeling that has been rather elusive of late:

Dr. Joani Lea Jack is a pediatrician and a writer. You can find her blog here. 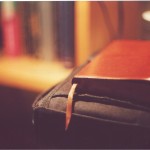 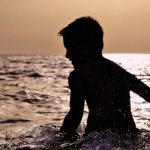 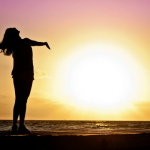 Progressive Christian
Should my Daughter Defy Modesty Rules at the...
Unfundamentalist Parenting

A Poem - The Tea Shop
I tried to plan...
view all Progressive Christian blogs
What Are Your Thoughts?leave a comment
Copyright 2008-2020, Patheos. All rights reserved.