Science Fiction is the future. The unknown. The darkness… and the light. The origins of the Science Fiction genre are rooted in the Victorian era. There is a good argument to be made that Mary Shelley’s Frankenstein was the story that launched over a thousand tales. Questions about human creation, self and otherness, and the monster within begin here and continue today. Science fiction was born of colonialism, a “brave new world” to explore and examine peeking out at us. Space, “the final frontier,” is vast and unknown. The full title for Frankenstein is Frankenstein: or The Modern Prometheus. Prometheus was the bringer of the magic of fire of enlightenment according to Ancient Greek mythology. In the novel Shelley has her creation come to life via science’s sacred fire electricity. For more information on Prometheus check out Mount Holyoke’s Cultural History of Frankenstein.  Science, and it’s accompanying enlightenment are not always our friends.

Space and Science itself can be dark and unwelcoming, and there may be angry aliens/natives/primitives/monsters there, challenges to our very core selves and beliefs. This is the ultimate unknown, deep space, as they say in Firefly “ Corner of No and Where.” In the world of Science Fiction TV it is clear we need a leader, a captain. Someone to guide us with might and right. Someone fearless to make the difficult decisions and keep us together.

Rough, rogue and randy we love these leaders. The lessons they teach us are numerous and we are o so willing to learn. I bet most Americans could quote Captain Malcolm Reynolds or James T. Kirk better than they could the apostles and I’m totally ok with that. The Fundamentalist Christians probably aren’t, but from what I can see they got a lot of problems. Most of us today get our inspiration where we can, and these Sci-Fi folks are damn shiny and inspiring. We welcome them into our homes and our hearts, and the are hyper-real.

I love the Whedonverse, if only it were real. Joss Whedon is a genius. He can “take me out to the black” anytime. Malcolm Reynolds is his captain and ours too. He does what he needs to with style and charm. Captain Mal’s lessons are important ones. He teaches us to do what we can with what we have. He’s an outlaw hero and he makes his own rules. His mantra of “I aim to misbehave” is an inspiration to everyone from naughty teenagers to elderly curmudgeons. Captain Mal understands the ways of the unknown. He is the captain of Serenity, for goddess sakes, and the significance is not lost on us. To have serenity in space and in life we must learn to navigate the difficulties any way we can. On the path there are many times our steps are tricky. The wisdom of Captain Malcolm Reynolds says that “the woods are the only place I can see a clear path.” In Vodou, Voodoo and Santeria there is a god known as Ogou or Ogun respectively. His is the guiding hand who cuts away all the unnecessary debris in the woods so we can reach our true destiny. In many ways Mal’s words of wisdom also guide us in their own special way. For more fantastic and wise Firefly quotes check out Faust’s Fantastically Fantasmagoric Forum. and Planet Claire Quotes from Firefly.

Yesterday and today we have Captain Kirk. Gene Roddenberry was a genius and my hat is off to him. He made sure his groundbreaking show Star Trek was based on traditional values going up against modern and post modern problems. Roddenberry himself said “ For most people, Religion is nothing more than a substitute for a malfunctioning brain.” Sounds like something the character of Mr. Spock would have said. Nonetheless Star Trek forged it’s own brand of spirituality and it’s own special Starfleet code. These include the prime directive of non interference with other civilizations and cultures. The value of this, like that of most laws, is obvious. The drama rides in however in the character of Captain Kirk. Kirk makes his own rules. In an episode titled Patterns of Force, he even breaks the prime directive to battle Nazis. It’s easy to see his own sidestepping of the rules is clearly justified for a noble cause. That’s an important lesson whether your religion is one of the big three or something a bit more non-traditional like Paganism.

Kate Mulgrew is an icon. She always has been. I have been watching her and smiling for over 3 decades, since she appeared on Ryan’s Hope. This is the woman’s Science Fiction captain. Ok, a lot of people hate her hair. But Janeway stands for a woman with a mind. She is literally a scientist. She went (boldly) where no woman had gone before. Captain Janeway is an inspiration to all women.

Adama is a paradox wrapped in a puzzle, and there is a lot we can learn from his leadership. He isn’t afraid to fight, box his own crew even, in an effort to run his ship, Battlestar Galactica. He’s a tortured hero, like all the good ones are. His is the wisdom of age and discernment. He can be counted on to do what needs to be done, yet also knows when to let something go. I wish all our leaders, be they political, spiritual, or otherwise would do likewise. All right, I know it’s just a parody but at the time of this post the adamaforpresident.org website was still up, it’s slogan “I’m asking you to believe. Not just in my ability to find Earth… but our ability to fix it when we get there.” If people can vote for the terminator they would certainly vote for Admiral Adama.

Obviously this Captains’ log is far from complete. But I’ve given you an old captain, a new, a red and a blue. I have taught a class on this topic for several years now and one of my favorite parts is when I go around the room and ask people to talk about their favorite captains, shows, films, stories, etc. from Science fiction and how it inspires them. I challenge you now to do the same in the comments below. 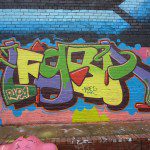 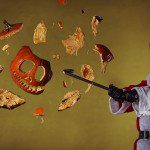 December 9, 2013 10 Terrible Gifts for Pagans This Yule and 3 Great Ones!
Recent Comments
0 | Leave a Comment
"It's a shame the art department didn't realize they were putting two right hands on ..."
Laurie Review: Manifestation Magic By Elhoim Leafar
"The only one I heard was the Christian dogma spouted by the 700 Club (which ..."
Amanda Ingalls Taking A Look At The Top ..."
"These are a bit like Turkish war shirts, which are covered with sigils. There's even ..."
Gordon Cooper Hoodoo How We Do: Underwear Spells
"Do you have to wear the panties/boxers when writing the name of the person<spoiler>"
Victoria Jenkins Hoodoo How We Do: Underwear Spells
Browse Our Archives
get the latest updates from
Voodoo Universe
and the Patheos
Pagan
Channel
POPULAR AT PATHEOS Pagan
1