The new book Totem Animals, Plain & Simple by Celia M. Gunn, is both comprehensive and eloquent. It begins with a discussion of what a totem animal actually is. Gunn tells us the word comes from the Ojibwa tribe and can represent an animal, or plant, that serves as a symbol for a family, or individual. There are traditional rituals that are undergone to discover or rediscover one’s totems. These can involve fasting, prayer, or other methods.

When I received this book I did what most readers would do, opened it and quickly searched for my totems. In the Afro-diasporic traditions of Vodou and La Regla Lucumi ( Santeria) devotees associate certain animals with their sacred patrons. For example Oshun has peacocks, and Ogun has dogs. The book describes the attributes of over 60 different totem animals, so there is something here for almost everyone. Gunn talks about bear and hare, moose and giraffe. Totem Animals describes the Frog as a symbol of purification, healing and abundance. It tells us “In Ancient Egypt, it was associated with Heket, the goddess of childbirth and long life. Native Americans believe that the frog calls the rains that cleanse the earth.”

The subtitle of this book is the “only book you will ever need.” While I recommend this book for those looking to learn more about the concept of Totems, I still feel like this book could have included a bit more. There are over 60 animals chronicled, but what about the more unusual ones? My mother once did a journeywork session where she returned with a guardian chicken. We laughed for a bit, and then learned that this was common among certain indigenous people. Gunn profiles each animal in a page or two, but those more serious about their connection to these guardian animals will most likely need more information. This is a good book for beginners or those looking to explain these concepts to children.

Celia M. Gunn lived in British Columbia for 18 years researching Native American lore, and now resides in England. If you have enjoyed what you read here please remember to share !

Watch Hilda not Sabrina if You...
Dandelionlady
Related posts from Voodoo Universe 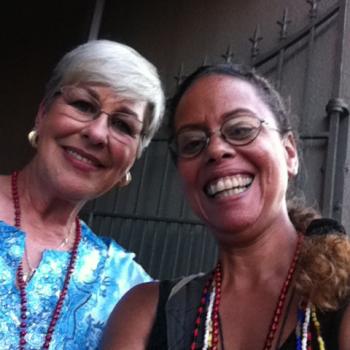 Pagan
Who's Afraid Of The Wicked Witch ?
Voodoo Universe
TRENDING AT PATHEOS Pagan