Anne Boleyn had then, I have them, my daughters, have them, and my mother too… there are probably more than 5 witch marks that make you magick by birth according to myth and legend, but here are some to look at. For centuries witch marks were something that people tried to hide. They are marks of difference, and something that people can use as an excuse for persecution and stereotype. Hopefully, those days are behind us and we can all come out of the broom closet and celebrate these marks of magick. 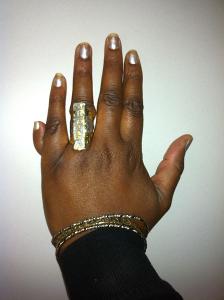 The blog American Folkloric Witchcraft tells us “Some witches are born with a special mark upon them that singles then out as a person gifted with power. Some traditional variations on this mark include: a specially shaped birthmark, a supernumerary nipple, polydactylism, red hair, extra teeth, and being born with a caul (a portion of the birth sac over the head).”

What are the witch marks you have heard of ? Do you have any of them yourself ? I would love to hear about it in the comments below. And as always if you enjoy what you find here please like and share !

About Lilith Dorsey
Lilith Dorsey M.A., hails from many magickal traditions, including Afro-Caribbean, Celtic, and Indigenous American spirituality. Their traditional education focused on Plant Science, Anthropology, and Film at the University of R.I, New York University, and the University of London, and their magickal training includes numerous initiations in Santeria also known as Lucumi, Haitian Vodoun, and New Orleans Voodoo. Lilith Dorsey is also a Voodoo Priestess and in that capacity has been doing successful magick since 1991 for patrons, is editor/publisher of Oshun-African Magickal Quarterly, filmmaker of the experimental documentary Bodies of Water :Voodoo Identity and Tranceformation,’ and choreographer/performer for jazz legend Dr. John’s “Night Tripper” Voodoo Show. They have long been committed to providing accurate and respectful information about the African Traditional Religions and are proud to be a published Black author of such titles as Voodoo and African Traditional Religion, 55 Ways to Connect to Goddess, The African-American Ritual Cookbook, Love Magic, the bestselling Orishas, Goddesses and Voodoo Queens and Water Magic. You can read more about the author here.
Previous Post

June 1, 2018 Brooklyn Magick : Sacred Sights In The City
Recent Comments
0 | Leave a Comment
"Best Cleaning Services Company mecc"
MECC Cleaning Cleaning House with Voodoo and Santeria
"I've never found CBD to be of much use by itself. In a 1:1 or ..."
kenofken Review: CBD For Your Health, Mind ..."
"Can't wait to make my own. Thank you for sharing!"
Megwan How To Make Hoodoo Money Rice
"Loved this! I found the practice of praying to a deity/saint so they won't bother ..."
Dexxion Dusk How Anti-Pagan St. Patrick Became Voodoo’s ..."
Browse Our Archives
Related posts from Voodoo Universe