Sacred Forms: What is Sex? 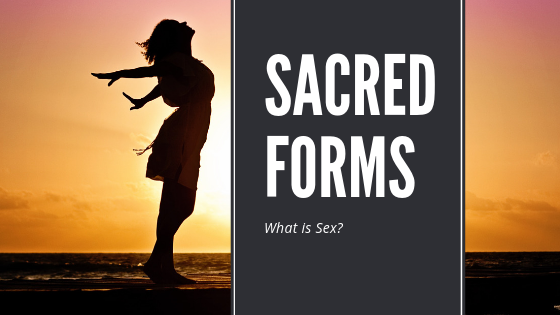 It seems like a straightforward question, but when we stop and think about it, it can get complicated.

When most people think about sex, they’re thinking about a penis entering a vagina. But what about oral sex? What about sex between two people of the same gender? Is that somehow not sex?

I’m not going to try to answer those questions here. I can’t tell any couple who is concerned with chastity “how far is too far.” I have my opinions, but I don’t have any right to push those opinions on others.

I do think it’s important for everyone to know there are different types of sexual activities so they can make their own decisions. I’ve known too many sheltered children who grew into naive young adults. They were shocked the first time their partner initiated one of these forms of sexual contact because they’d never heard of it before. Sometimes they went along with it when they otherwise wouldn’t have if they’d been better prepared.

How can someone make a decision about sex when they’re ignorant about most forms of sexual contact?

To simplify this post, I’ll refer to sex that involves a penis and a vagina as traditional sex, as this is what most people think of when discussing sex.

The man’s penis fills with blood until it’s erect. The woman’s vagina, if she’s aroused, also fills with blood in a process called “tenting.” This raises and lengthens the vaginal canal to make sex more comfortable for the woman. This is why foreplay is usually important for a woman. Our bodies were made that way.

The erect penis is inserted into the woman’s vagina, partially withdrawn, then pushed in again. Sometimes the man or the woman (or both) will have an orgasm, but it still counts as sex if neither do.

If the man does have an orgasm, his penis releases sperm that could fertilize the woman’s egg, if she’s ovulating. If the woman has an orgasm, well, she’ll probably want to do it again, won’t she? Something to keep in mind.

When I was a teenager, some of my friends explained oral sex to me at a sleepover. They didn’t get everything right, though, and I didn’t have any adults I felt comfortable discussing it with. A lot of us grew up like that, only learning from our friends, and that information was questionable.

I’ve heard too many stories of teenage girls and young adult women being pressured into performing oral sex, partially because they didn’t even know it was a thing until someone bigger than them bullied them into doing it while saying, “It’s not really sex.” (Let’s be clear on this, that sort of coercion is sexual assault.)

Keeping our daughters ignorant won’t prevent this. Some parents and church leaders think people won’t engage in these sexual activities if they don’t know about them. The truth is, we all live in the world, and the world definitely knows all about it.

Oral sex is performed with one person’s mouth and/or tongue on another’s person’s genitals. It can be involved in foreplay that leads to traditional sex, or it can be a sex act that stands on its own. While it’s not a procreative act, it’s no less intimate than traditional sex.

Are these sex acts sinful?

When someone asks me if I think they might be going too far with their boyfriend or girlfriend, I ask them what their goals are. They usually already know if they’ve crossed their own line or not when they look at it that way.

I believe sharing information is more effective than laying down hard rules. The choices we make with our bodies, and the bodies of others, are deeply personal and deeply spiritual. I won’t bulldoze over the sacredness of someone else’s body and experience with my personal opinions. I’ve seen the damage that does.

One important thing I always add to these conversations is there is always reconciliation available to anyone who believes they’ve sinned. If you’ve done something you now regret, there’s no reason to beat yourself up about it. Sexual sin isn’t the ultimate sin you can’t return from, though fearful people you’ve known may have implied otherwise. You aren’t somehow impure or less than, no matter what you might have done. Sex doesn’t make you dirty or unworthy. Not at all.

If something was done to you without your wholehearted consent, there is never any sin on your part. 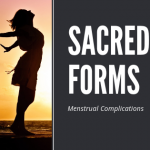 January 9, 2019 Sacred Forms: Pain-free First-time Sex
Recent Comments
3 Comments | Leave a Comment
Browse Our Archives
get the latest from
Way Station in the Wilderness
Sign up for our newsletter
POPULAR AT PATHEOS Catholic
1