We Greet the Golden Morning 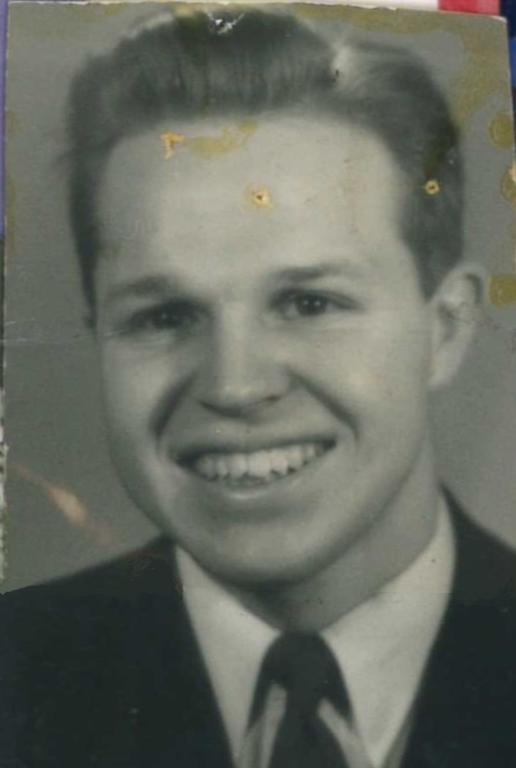 Robert Wallace Blair was raised with one sister (Carolyn) and many animals—including this horse, Jupiter, and a dog, Trixy, who would follow the boy on his horse to uncharted territory in Santa Barbara, California. 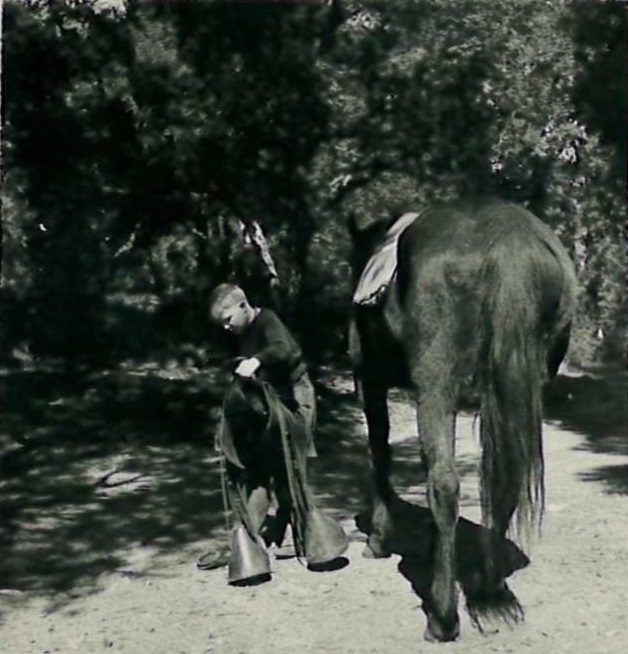 He had a gift for language and a hunger for faith, and united both in his LDS mission to Finland from 1951-1954. Upon his return, he attended the largest marriage academy on earth: Brigham Young University.

Julia Gay Groberg was a musician, an actress, and often described as a “live wire.” She was always appropriate in her interactions with men at BYU, and was slightly aware that she was drop-dead gorgeous. So there were many suitors. 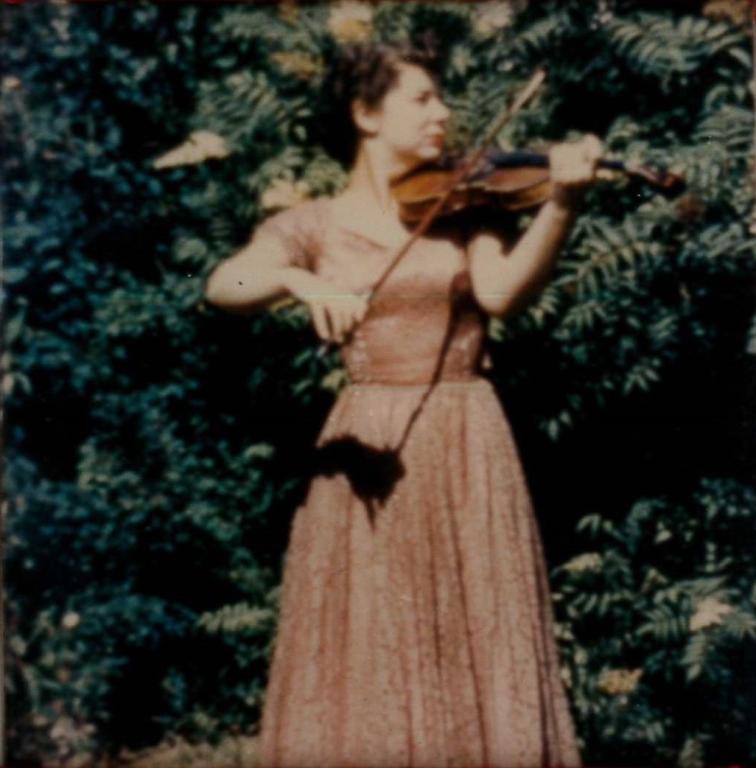 She finally did step outside the acceptable borders of womanly behavior after meeting Robert. She heard Finlandia on the radio and CALLED ROBERT.

Yes. Julia called a boy. On the phone. A dial phone. This was one of the boldest things she had ever done, and she could not have predicted his response. Would he tell her that she was presuming too much? That she was being forward?

He said, “Let’s listen to it together.”

So, Robert on his telephone and Julia on hers, the couple listened together, though they were blocks away from each other. It was perhaps the deal-sealer. They had shared Finlandia. 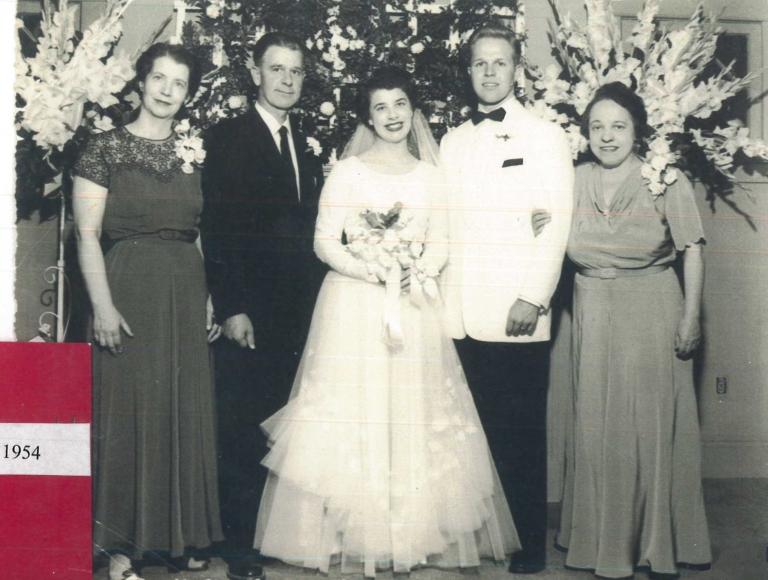 Then we kids started arriving. That sounds so calm, doesn’t it? Like we knocked on the door and asked if we could have a popsicle. We came naked and bawling after our mother was knocked out (the way they did things back then). And we pooped. This was in the day of cloth diapers. The hands that knew the possibilities of every violin string were now plunging our diapers into toilet water and then hanging them on clothes lines. 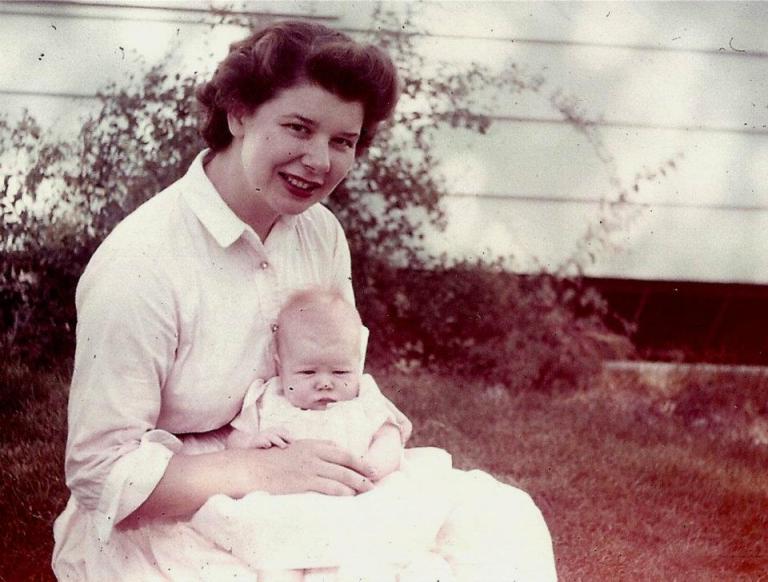 Five of us “arrived” within six years and grew up on various meats and noodles combined with the miracle of Campbell’s soup. After an eight year break, three more children came. I think they got subway sandwiches.

When Robert (Dad, as I call him) was a missionary in Finland, he would look longingly across the Baltic Sea at Estonia, which was a part of the Soviet Union. He had learned Russian and had hoped to somehow serve in Russia. That was not to be. Yet.

It was 1993 when Dad got a call from the Church asking him and Mom to visit with an LDS apostle in Salt Lake. Dad was asked to preside over the Baltic States mission, with Mom at his side. (In those days, the mission presidents’ wives didn’t have a well-defined calling.)

Estonia was included in the countries Dad would oversee as the Baltic States mission was created.

Since that mission, Robert and Julia have stayed in the always-open condo. Every Sunday we kids who live nearby go there–with our kids and grandkids–for dinner and hymn singing. It is sacred and joyful time. The joy is part of the sacredness.

Death has been teasing Dad for four years. We have gathered as a family two times prepared to be with him at his passing. Once, he was alternating between heart attacks and internal bleeding. The next time, it was a broken femur. More recently, dialysis began failing, so he received a plastic vein to accommodate the needles. And then he broke his tailbone. How much can a body take?

Well frankly, Death, more than that. Back off.

Two Sundays ago, God gave my parents a gift. Yes, I think it was God. I don’t know who chose the Tabernacle Choir’s songs for that day, but someone was inspired to give my parents the gift of Finlandia. My sister, Jen, had spent the night watching over Dad, and invited Mom to watch “Music and the Spoken Word” with her. When Finlandia began, Mom said, “Oh, they never do the whole thing.” But they did. All of Finlandia. Mom burst into tears.

The program was re-broadcast last Sunday, and Mom and Dad watched it together, Dad sometimes mouthing the words the choir was singing:

With ardent song we greet the golden morning.
By faith upborne, remember not the night.
The whole wide world, triumphant hails the dawning.
God walks abroad in garments of might,
The hills, behold, are now a path of splendor,
Transfigured all, and all crowned with light.

It was like a benediction on a sixty-year-old marriage. 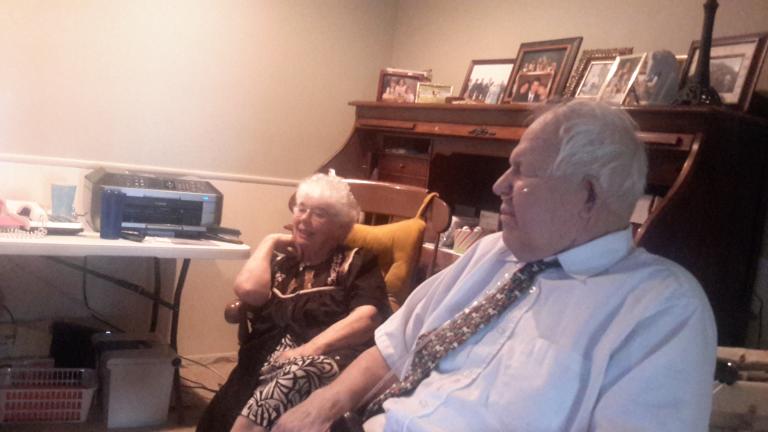 That bold act of Mom’s in 1954—to actually call a boy—began adventures she could never have imagined. They have lived not only in the Baltics but in China, Russia, Guatemala, and Mexico. Dad has lived in many other places, working on linguistics during summer breaks and helping with translation into more languages than I even know about. And they had US. The Blair kids.

We have had only temporary deaths in our family. My little brother Dell died last year, but it didn’t take. He got a brief visit to the next world and then was back with us, instructed that he had more to learn. Dad remains in teased mode and occasionally has out-of-body experiences. But Death keeps grinning a “gotcha—just kidding!” grin. And so we have had not hours but years. Nine years of dialysis. All of us kids have sat with Dad, and many of us have anointed and rubbed his feet. Mom has become an unpaid nurse, learning the details of elder care. “By faith upborne” could well be our family theme.

When I was with my father at dialysis on Wednesday, he said, “I don’t want to be a wimp.” I asked him what he meant by that. “I don’t want to complain,” he said. Dialysis is particularly painful if you have a broken tailbone. I asked if we should perhaps consider home dialysis, where he could lie on a bed. He said no. “It would be too hard for Julie—for Mom. I don’t want to make things hard for her.” And that was his final decision.

Robert loves Julia. Julia loves Robert. When they married, my grandma Groberg called it “the beginning of a kingdom.”

It does feel like a kingdom—a modest one–at times when we gather and sing. There is a royalty in family, and Dad, in a wheelchair rather than a throne, looks regal even with oxygen at his side. Mom is not the “live wire” she once was, but is queenly and beautiful in a way that long-lived are: full of love and wisdom and memories of places she learned to enjoy and of people (especially us kids) whom her arms and her heart enfolded.

Dialysis tonight was particularly hard. My husband and I stayed with Dad while he tried to gain some strength, still in the dialysis chair. It took awhile. I rubbed Dad’s back and told him, “There’s no rush.” When we got him home, Mom gave him his shot of insulin. We waited until Dad was safely in bed, and I said, “Dad, you have two whole days without dialysis. I’ll come tomorrow when you’re stronger.” I kissed his forehead. Mom was ready to rest, too.

When I go to Africa to film Heart of Africa this summer, I will either take my father’s gifts of language and love with me, or I will count on him to protect my path. And I’ll take my mom’s “Hello world!” attitude. And ardent song. Many ardent songs. 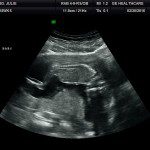 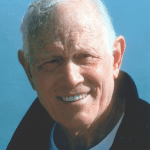 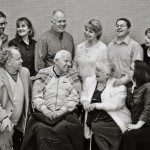