Hoping to be Born Brown

(Note: I am on my honeymoon this week, so if your comment doesn’t show up right away, give me a day or two!)

Most of the time I’m just living my life, trying to be a good person, trying to live up to the ideals my religion sets for me: to help others, to see everyone as myself (or at least as family), to react calmly rather than in anger.

Every so often I stumble on something that forces me to confront a larger issue that is always in the background of my life: the cultural misappropriation problem.

It’s a term that I only first heard about within the last couple of years. For a long time I was blissfully unaware that me being me could be offensive to people. 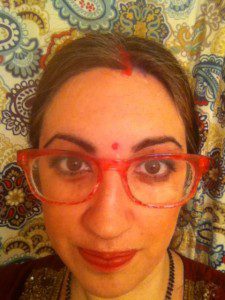 Each time I read a new blog or article about it, I think I begin to understand it more and more. I am still not certain what to do about it, though.

This time it was reading Why I Can’t Stand White Belly Dancers. (I guess I can take solace that a lot of people don’t agree with the article at all. Oh God. She’s written a response piece).

For a moment I can see it. These women of color enjoying their life, their heritage, what little they may have. And then white women see it and it looks fun, they want it. So they take it. Why do we think we can do that? We suck.

The definition for misappropriation includes that the rituals and traditions are taken because they are “cool” and “exotic” but not with knowledge of their history and meaning. I do what I do with a lot of knowledge of history and meaning. But most people who see me out on the street have no way to know that, so I am assumed to be ignorant. (Very interesting article defining and explaining a lot of these terms here: Cultural Appreciation or Cultural Appropriation?)

Someone on my Facebook page attacked me on cultural misappropriation and I think he definitely had valid thoughts. It was unfortunate that he wasn’t able to talk about it with me rationally but could only scream, curse, and threaten until he was banned. I don’t want to invalidate his feelings. I don’t want to say that if someone has a problem with how I am, they must come to me in a calm and rational way in order to discuss it. But I didn’t know what else to do.

(From the Bellydancing response article: “I refuse to sit quietly in the margins and only speak when I can ‘calmly’ educate and teach. I’m fucking angry, y’all, at decades and centuries of dehumanization” and from Decolonize Bellydance: “People of color have a right to be angry and questioning the validity of that anger or bemoaning a lack of logical argument or an unwillingness to have a dialogue is a form of oppression. “)

I may have to become a recluse and hide in my house for the rest of my life. That’s sounding like a better and better option all the time.

I don’t think that I’m “playing” at anything here. Is there any other option to those who are sensitive to white people “appropriating” Hinduism? Hearing “if you’re white, it’s not for you” sounds to me like I’m being asked to sit out for an entire lifetime and just wait around, doing nothing for my soul, not working towards my spiritual development, just sitting around hoping to be born brown in my next life.

Dear Gods, why didn’t you make me brown? Why was I born into this weird limbo?

The irony is not lost on me that people of color in America wish they could just blend in with larger society and not have to be constantly aware of their skin tone. Neither of us seems to have any choice about that.

It is truely exhausting. I can’t leave the house without feeling scrutinized and judged. I constantly feel like I have to defend myself. And to prove that this girl and I are not alike!

I’m so wiped out that I just want to vanish.

I can see the problem most clearly if white people take away opportunities from natives of whatever it is. If someone looks to me as a source on Hinduism…well, I am not a sage, a priest, or a scholar (but such people could be Indian and could be white). I am a person sharing stories along the way of a personal spiritual journey! I hope to be able to point people in the right direction, and to give guidence to people who are in the same situation that I am. (If you need to know what it’s like to go to a Hindu temple to worship for the first time when you haven’t grown up doing it, I’m your girl!)

This is legitimately who I am. 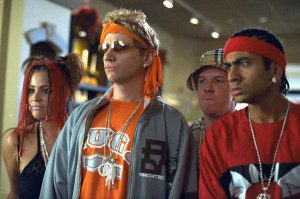 There isn’t a template of a white girl for me to return to. My soul is Hindu. I know that without any doubt. Do I think I am just as Hindu as Indian Hindus? Why yes, actually, I do.

So why don’t I be Hindu without any of the Indian stuff? Well, that’s easier said than done. Where do you draw the line between what’s religious and what’s cultural? I’ve been asking that for the past ten years. I prefer to err on the side of doing more because I don’t want to miss important elements of my religion by cherry picking the parts that people feel comfortable with a white girl doing.

Maybe I really am an Indian wannabee. Sometimes white women who marry Indian men get teased for trying so very hard to fit in, to feel pride at just how “Indian” they can act. I fall into that trap too. The temptation to try to “pass” for Indian gets stronger and stronger (and that’s why I’m writing a novel about it. What I can’t do, my characters can!). It reminds me of a friend who babysat me. She said once that when she was little and was asked what she wanted to be when she grew up, she said “Native American” not realizing at the time that it wasn’t something you could grow up to become. And yet. It seems like I am trying to “grow up” to become a different race.

I guess I feel like if I passed for Indian than the sting and offense goes out of it. People wouldn’t be hurt by me practicing my religion. They might think I’m eccentric or weird (I know, I know, I dress like a grandmother), but they wouldn’t feel threatened by me.

That’s pretty racist. But I’m even worse than that. I know that what I do could be problematic, but I do it anyway. I really suck. Many of you have supported me in previous panics of this nature and I really appreciate that. Many have said I need to stop worrying so much what other people think. I’m struggling to learn how to do that. I don’t want to upset people, but I also need to be true to myself.

It reminds me of the guy who writes the All Japanese All The Time website. His advice for language learning is to live the language and he recommends making your life Japanese. Eat Japanese, listen to Japanese radio, TV, movie, act as though you are Japanese, immitate to learn. Part of me feels like he can get away with this advice because he’s Black and no one is going to accuse him of racism. I get in enough trouble as it is acting Indian, there’s no way I could follow his advice for my Hindi learning!

The author of the article, Randa Jarrar, is not interested in a tedious dicussion of what white people are allowed and not allowed to do, so I still have to figure out for myself whether I’m being a racist jerk. (“Many other arguments kept centering white people in the discussion, asking what they’re allowed or not allowed to do. Ultimately, that’s not the discussion I want to have.”)

Probably I am. But I guess she’s just going to have to hate me because I don’t see any way for me to avoid being a racist jerk that doesn’t compromise things that I’m just not going to compromise.  I’m sorry that you’ve suffered the effects of racism. I would trade with you if I could. But I can’t and apparently I’m not sorry enough to stop being a privledged self-centered white racist jerk who has made this all about her even though she doesn’t belly dance. 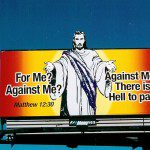 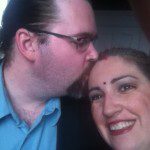