Book Club: How To Become a Hindu (Chapter Six)

The well respected Himalayan Academy and their guru Subramuniyaswami put out a book several years ago called How To Become a Hindu. Over the next few weeks I’ll be reading the chapters and discussing each one individually. Today we’re looking at the sixth chapter: Beliefs of All the World’s Religions

This chapter is very interesting. My favorite so far! It has a few pages on a number of world religions and has a quiz at the end so you can see where your beliefs best line up.

Brad and I enjoyed going through each one. As expected, he came out equal parts Buddhist and Taoist. I was firmly Hindu. (Whew. Thank you, book, for validating me!) It was also interesting to get a little overview on religions that I’m not as familiar with, like Zoroastrian.

Then there’s also a section on “faiths” and “movements” which include spiritualism, drug culture, new age, atheistic philosophies, etc.

There is some bias, particularly a bias that is common for religious people to respect other religious paths but be uncomfortable with atheism. Like, I understand you as long as you also believe in some form of God even if it doesn’t quite look the same as mine, but how could you not believe in any? I used to think that way until I started getting to know atheists and now I often feel more comfortable with atheists.

There’s a brief section on Secular Humanism, which I had to look at more closely since some random person on the sister blog claimed that I was no Hindu, but “secular humanist at best.”

Certainly I see some similarity with my beliefs, like that humanity is a global family, but there’s a lot about it that isn’t me at all.  Particularly the “man is capable of self-fulfillment…without recourse to supernaturalism.” It seems to have lots of great beliefs, but not a belief in God. And I definitely have a belief in God!

The most blatantly “not me” belief is: “I believe that traditional religions and faiths preach false doctrines, are oppressive, and lead their followers toward ignorance, bigotry, and dogmatism.”

Yeah, that’s not me at all.

The chapter then moves on to a section on religion comparisons, which is also quite interesting. It basically goes through a bunch of different big issues and presents an “eastern” view and a “western” view. I’m not sure that the entire east and west can be summed up so tidily, but it does allow for a nice overview of some of the very different ways people can be approaching the same issue.

Some of the issues are: Creation, Proof of God’s Existence, Evil, Salvation, Hell, Obligation to God, Destiny of the Soul, etc.

The last part of the chapter is comparing the four main sects of Hinduism.

I have found that Subramuniyaswami is not always that knowledgeable about Smartha and seems dismissive of it in a lot of places in the book. So I wouldn’t be too sure that all the presented beliefs are entirely accurate, since the source is someone who is very entrenched in Shaivism and knows more about that than any other religion or sect in the world.

This is a massive chapter that covers a lot of important ground. In order to know that we are Hindus, we have to know what those beliefs are and what the beliefs of other religions are. A chapter like this can really help searchers to uncover the beliefs that speak most to them. 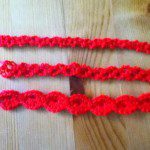 August 11, 2014 Why Do I Call Myself a "Hindu"?
Recent Comments
5 Comments | Leave a Comment
Browse Our Archives
get the latest from
Hindu
Sign up for our newsletter
POPULAR AT PATHEOS Hindu
1