What We’re Up Against 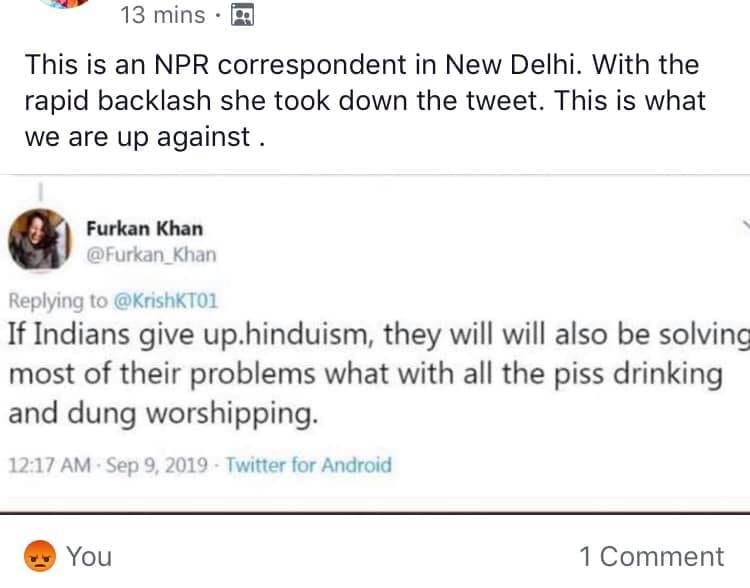 It’s so staggeringly ignorant that I’m at a loss for words (which doesn’t often happen to me). It’s easy for me to forget that many, many people, even people who are connected to India or live in India, see Hinduism as this backwards gross belief system. Which is bizarre.

People in the Abrahamic faiths of Christianity, Judaism, and Islam have a hard time comprehending it because it is a radically different way of thinking about divinity. Based on her last name, this woman has a background in Islam.

What people who know little about Hinduism should realize is that it is very similar to its sister religion of Buddhism. It has much more in common with Buddhism than with the Abrahamic faiths. Many seem not to realize that Buddhism was founded by a Hindu. There are a significant number of Hindus who view Buddhism as a branch of Hinduism.

The one good thing I can say about this is that it’s eye opening. Hindus are dealing with a lot of prejudice against our faith and it seems like most of the western world doesn’t believe that. They see Hindus being the majority in India and assume that means that they have all the power. But there is frightening misunderstanding of Hinduism all over the world including in India.

September 4, 2019
Thoughts About Kashmir And Beyond— A Hindu Perspective
Next Post