Mental Health in the Hindu Community

The Sri Shiva Vishnu Temple has been putting on some wonderful programs (Like our panel about being a non-Indian Hindu, which I’m still trying to figure out if there is a video of). This week they had a panel about mental health and Hinduism. As a Hindu with clinical depression, I knew I had to be there.

I was a little late and missed the introductions but the panelists seemed to all be mental health professionals and dedicated Hindus. It was a great program.

It started out along the lines I’ve already been thinking, which is that Hinduism puts a very large emphasis on learning to control your mind and your thoughts. The mind is a sheath going over our divinity, as one panelist put it, and it is a tool to help us reach moksha but it also ultimately holds us back from moksha. So any challenges of the mind are illusion.

While all this is true, it does make it difficult to address problems with the mind. There is a fear that if we seek help for mental problems it makes us weak, not strong enough to control our minds.

But really there are so many aspects of Hinduism that can help heal mental problems if we are willing to talk about it. “There is power in the healing branches of Hinduism.” One of the things the panelists discussed was when to seek help from western medicine and when from eastern. One woman made a really great point that you have to be somewhat better in order to really utilize Hinduism’s tools. If you are way out of control then you need to think in terms of a short term strategy and a long term strategy to heal. “Meditation is impossible when you are in the midst of depression and anxiety.” But there are methods that are very effective at raising you to a level where you can utilize the tools of Hinduism.

I’m so glad that she said that because the advice is so often to “just meditate.” But meditation is difficult work and can be very scary too. You need guidance with it and you need to be ready to plumb the depths of your soul. Many things like meditation and yoga are meant for preventative long term practice.

Western medicine might give you a short term boost to get you to the brain space that you need in order to use yoga, meditation, or ayurveda. And in fact, one panelist pointed out that the longer the field of psychology develops, the closer and closer it gets to Eastern medicine. Mindfulness is all the rage in psychology right now!

Neither system is superior, they can work together. And why not take advantage of every resource we’ve got to help the mind? Find the balance that works for you, but you need to be in control of your own treatment. It can be very challenging to figure out what is working and what isn’t because you may be so used to the feelings of depression or anxiety that you don’t know how it feels to be healthy.

One of the challenges in the Hindu community is that therapy in India is more communal than it is here and often the whole family will go together. This has advantages but it can also make it hard for the person struggling with mental illness to be fully open about what is going on. Their parents might feel “What have I done wrong?” Or “What can a therapist give you that you can’t get from turning within to the Self?”

One very sweet woman talked about seeing mental illness in the folklore. There are so many stories of wrestling with the mind, though mental health language isn’t used. She said that she appreciates the epics and all they have to teach us, but if she were there she would want to talk to Yudhisthira about his compulsive gambling and take Duryodhana aside to talk about his insecurities. People might get offended by that, she said, but they should think about why. Why would it bother you to put these labels on the great men of history? It is not something that’s wrong or broken–It is the human condition.

And in the scriptures there are gurus and holy men everywhere. People in the stories have help to battle their minds. Perhaps that is what we get from therapists in modern times.

There was also mention of some issues that are unique to immigrant families. For example a second generation Hindu struggling with mental health might feel guilt that they are struggling when their immigrant parents had to go through things that seem much tougher. And mental health issues are not just affecting the young. there’s a lot of loneliness in older people. Especially grandparents who have been brought to the U.S. to be with their families but are in a new and very different environment and loosing a lot of their independence.

At the end they mentioned some resources such as community day centers where grandparents can go to get a taste of home and celebrate festivals and cultural events, a website where people can share their stories, “Chai” pro bono counseling project, and that you can search on Psychology Today’s website for a therapist. Rather than searching for “Hindu”, the panelist recommended searching for “Hindi.” People are more likely to put the languages they speak on the database than their religion.

I’m so glad that I went. It feels validating in a way to hear the advice that we can take a holistic approach to our mental health and use the tools of both western and eastern medicine. 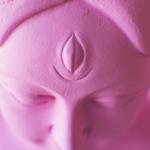 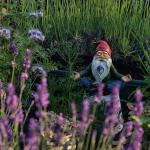 December 10, 2018 By the Book: Meditation for Fidgity Skeptics
Recent Comments
20 Comments | Leave a Comment
Browse Our Archives
Related posts from The White Hindu