If you’ve been around here for any length of time you probably know that I have a fraught relationship with meditation. It is often given as the balm to all ailments and troubles by Hindus and non-Hindus alike. Perhaps that is true, but it makes me squirm when I hear people recommend it. Formal meditation is hard. Really hard. It requires a discipline and fortitude. Your mind is very likely going to fight it with everything it can. The “monkey mind” does not appreciate attempts to train it.

I grew up with formal TM-style meditation, a mantra-based system. I’ve never fully understood what it was “supposed” to do or if it was working. That’s not the point, I was told. You’re not meant to be looking for results. Despite my fighting doing it, I must admit that I think it did give me some valuable mental skills. I think meditation practice, however inconsistent, has allowed me to be able to have a pause between stimulus and reaction. I’m pretty good at observing the information coming in and seeing my emotional reaction rising to the surface. I gather that this is an unusual skill and I think it is due to my meditation.

I haven’t meditated with any kind of regularity in years. In fact, I’ve probably gone at least a year in between attempts at meditation!

Every time I visit my parents they invite me to meditate with them. (They don’t like when I brag about them but they’re dedication to meditation over the last 40-some years is inspiring). I always refuse the invitation.

But this last visit my father told me about something he was reading from Sadhguru. Now, I am often cynical about holy people and take things with a grain of salt. There are far too many charlatans out there in this kali yuga. But if something resonates as truth for me then I don’t care who said it.

This description of meditation is so different from anything I’ve heard before and I love it. It makes so much sense.

Sadhguru Jaggi Vasudeva and Shekhar Kapur discuss the significance and symbolism of Nandi, Shiva’s vehicle.
Shekhar Kapur: I understand Nandi is Shiva’s vehicle. Is he waiting for Shiva to come out and say… what? Tell me more about the Nandi.
Sadhguru: He is not waiting for him to come out and say something. He is in waiting. Nandi is a symbolism of eternal waiting, because waiting is considered the greatest virtue in Indian culture. One who knows how to simply sit and wait is naturally meditative. He is not expecting Shiva to come out tomorrow. He will wait forever. That quality is the essence of receptivity.
Nandi is Shiva’s closest accomplice because he is the essence of receptivity. Before you go into a temple, you must have the quality of Nandi – to simply sit. You are not trying to go to heaven, you are not trying to get this or that – you go inside and simply sit. So, just by sitting here, he is telling you, “When you go in, don’t do your fanciful things. Don’t ask for this or that. Just go and sit like me.”
Shekhar Kapur: And waiting and anticipation are two different things, I assume, right?
Sadhguru: He is not waiting in anticipation or expectation. He is just waiting. That’s meditation – just sitting. That’s his message for you. Simply go inside and sit. Alert, not sleepy.
Shekhar Kapur: So, the bull is sitting in what we would call meditation?
Sadhguru: People have always misunderstood meditation as some kind of activity. No, it is a quality. That is a fundamental difference. Prayer means you are trying to talk to God. You are trying to tell him your vows, your expectations, or whatever else. Meditation means you are willing to just listen to existence, to the ultimate nature of creation. You have nothing to say, you simply listen. That is the quality of Nandi – he just sits, alert. This is very important: he is alert. He is not sleepy or sitting in a passive way. He is sitting very active, full of alertness and life, but no expectation or anticipation. That is meditation. Just waiting, not for anything in particular.
If you just wait without doing your own thing, the existence will do its thing. Meditation essentially means the individual person is not doing his own thing. He is just there. Once you are simply there, you become aware of the larger dimension of the existence, which is always in action. You become aware that you are a part of it. Even now, you are a part of it. But becoming aware that “I am a part of it” is meditativeness. Nandi is the symbolism of that. He reminds everyone, “You must sit like me.”

Now that is a kind of meditation that I can relate to. Peaceful waiting with stillness in the quiet moments in life. That is something that I am doing regularly. This description resonated with me so incredibly hard. It was like decades of frustration just fell away and all the pieces came together as they were supposed to. Just waiting. It is simple, it is straightforward, and it cuts to the heart of what meditation should feel like.
I love when someone is able to articulate something in a way that makes a lightbulb go off in your brain. Many Hindu wisemen are great at this! So many wonderful metaphors, descriptions, and analogies. And I appreciate it so much! 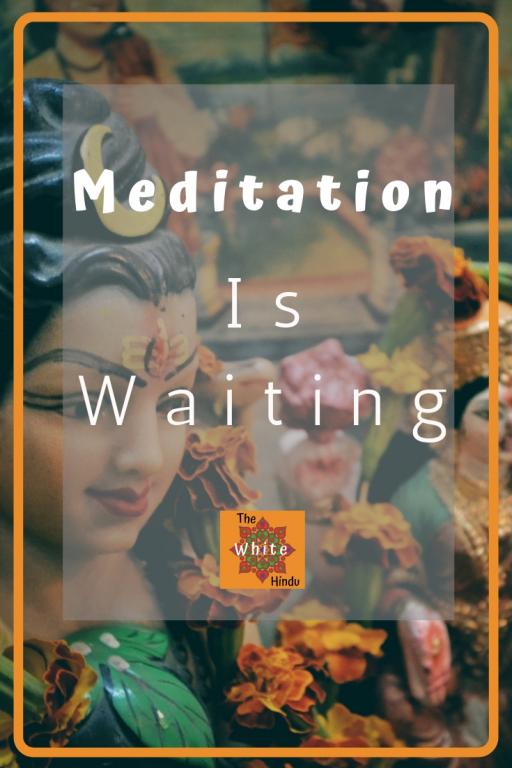 Thank you for reading! I would love to discuss more Hindu philosophy with you in my Facebook Group: Hindus In Pursuit Of Truth

Click below to get my ebook for beginner Hindus… 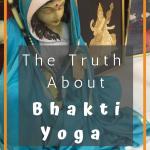 May 16, 2019 Cult or Religion -- What's the Difference?
Recent Comments
0 | Leave a Comment
Browse Our Archives
Related posts from The White Hindu