Hinduism 101: What do Hindus Believe? 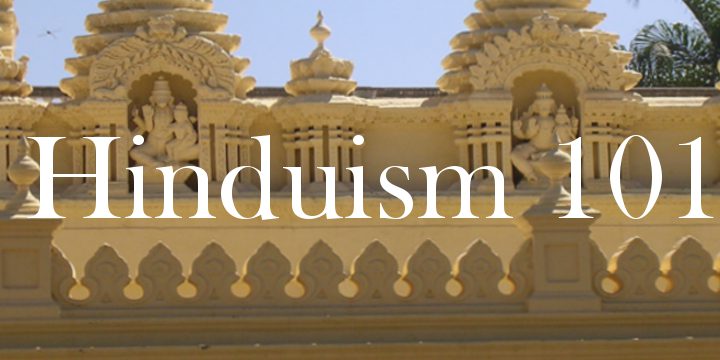 I’ve been perusing through Yahoo answers and it seems like every page or so someone is asking “What do Hindus believe?” Quite an enormous question!

I tried to find a post of mine to direct the questioners to, but found nothing. It seems I have not done a broad overview post for those entirely unfamiliar with Hinduism.

So here it is: the big overview…

What is Hinduism and What Do Hindus Believe

First of all, Hinduism is a word that is used to refer to a vast variety of people and beliefs. Many say that the word originated as a way for the British to classify the practices of the people they met when they invaded India. In fact, many Hindus today prefer the term Sanatana Dharma, which means the Eternal Balance/Way/Truth/Path and is the original word for the religion.

Hinduism is based on the beliefs and behaviors of people and not on one particular book or person. It is a collection of ways of understanding universal Truth. There are several distinct branches in Hindu thought (See: The Branches of Hinduism).

Not everyone would even agree that Hinduism is a religion. I’ve heard it said many times that Hinduism is more a way of life. It’s not just the thoughts that come up when you start thinking about life and death, but also the traditions and rituals of every day moments. When you are a Hindu, it is part of your life in every aspect and in every moment.

So how do we know who is a Hindu? Pretty much if they self-identify as one. But things they are likely to have in common are:

* Belief that cultivating the inner self is important for spiritual progress

No one. Hinduism has existed for thousands of years. Some say it is the result of the merging of ideas between native peoples and ancient invaders.

What are the holy books?

There are several ancient manuscripts that most Hindus hold in reverence. The Vedas, the Upanishads, the Bhagavad Gita, and sometimes various Puranas (stories). The Gita is probably the easiest text for beginners to start learning Hinduism from. It is a section of the longest story ever told in the world: The Mahabharata and it contains the conversation between Lord Krishna and the warrior Arjuna (we’re going to be starting a reading study group on it here on the blog soon!)

Another good overview is here. Gurus such as Adi Shankara of the first century AD have written extensive commentary on these scriptures.

What are its tenants?

There are four goals for a typical Hindu life (this is what is expected of a “house holder” not a monk or priest): Dharma, Artha, Kama, and Moksha

Dharma is right action. This is the moral code and ethics, fulfilling the duties of your position. Artha is the gathering of wealth. Wealth should be gathered in order to help others and to remove barriers to dharmic living. Kama is the joy of sexual desire and is to be celebrated (within marriage, of course!)

Because energy is never created or destroyed, Hindus believe that the human soul travels through different lifetimes, purifying and growing until it is ready to merge with the Infinite God from which it came. Liberation from the cycle of death and rebirth (Moksha) is the ultimate goal of Hindu life.

If one is not an ascetic, it is expected that you will fully live and appreciate all life has to offer (in a measured way), always remembering that it is not the ultimate reality but here for our enjoyment and for love.

Many Hindus believe that we are all part of the same divinity and so one treats others as one’s self because they ARE yourself!

The Himalayan Academy, a Shivite Organization, offers these Nine Basic Beliefs of Hinduism.

What’s with all the Gods?

Many Hindus see the variety of Gods as metaphorical representations of aspects of One Divinity. God is so huge that we cannot comprehend him/her/it from our limited perspective in human embodiment and so we have all the different Gods to show different sides and aspects of the One.

Others see the pantheon of lower Gods as a sort of heavenly council that go through lifetimes the way we do, living long lives and eventually dying, all answering to one highest supreme God (different sects will say different Gods are the supreme one).

Some believe that in truth all matter and energy in the universe is part of the same One God. That includes all of us as human beings and everything in the world. It is said that God wanted to experience the variety of life and so he split himself into many parts and our experience of the world is but a play that God is enjoying.

How do people practice?

There typically aren’t services like you’d see at a church. People come to the temple (mandir) whenever they like and visit all the Gods. Usually a temple will have four or five different shrines around the room (or more) and each will house a murti (statue of a God that has been consecrated in a special ceremony). There are times during the day when priests will perform rituals to these murtis and people gather to watch and receive blessings (often blessed food is given out, called prasad, much like in communion). People may prostrate in front of the murti, they may also walk in a clockwise circle around it, or meditate in front of it.

Most Hindus also have a shrine at home, either in its own room or in a small cabinet built for that purpose. Murtis of the family Gods would be there and everyone has at least one Ganesha! It is typical for a home puja (worship ceremony) to be conducted in the morning and evening each day.

It is for this reason that one would remove one’s shoes when entering a Hindu home. Shoes are always removed at temples and holy sites as a sign of respect.

What are the holidays?

There are lots of holidays! Hindus believe in joy and celebrate the Gods whenever they can. Often Hindus will happily celebrate the festivals and holidays of other religions as well. There is a Hindu holiday just about once a month with more major holidays happening between August (Krishna’s birthday) and November (Diwali, the new year). Overview of Hindu Holidays.

Usually not, though Hindus have a very deep respect and reverence for the cow. She represents a gentle and selfless nature. She provides so much for us from milk to cheese to yogurt to dung (which has been used from ancient times for fire and home insulation). Hindus do not harm cows and they can often be found wandering the streets of India stopping traffic until they move along!

Some are and some aren’t. The default for many Hindus is vegetarianism and so it is not hard to find pure veg meals when traveling in India. While some Hindus do still eat chicken, lamb, etc., it would be highly unusual for one to eat beef (see above).

Why the dot on the forehead?

There are many different kinds of markings that Hindus may make on their foreheads. It is said that the center of focus for the mind is in the space between the eyebrows, and so various things are applied there. Most often you will see a simple round bindi. In some parts of India a red bindi may indicate a married woman. In some parts a bindi indicates the religion of the woman wearing it (like one might wear a star of David necklace if Jewish). Men also have forehead markings, sometimes a bit of ash, turmeric, or kumkum from a religious ritual. Markings worn by Hindu priests will vary by sect, region, and lineage.

Forehead markings can also indicate what branch of Hinduism one follows:

More information at this blog: Hindu Rituals and Global Security

In ancient society castes helped organize the people into groups so they would know their duties, much like a type of job. Though it was corrupted over time to connect with people’s birth, it likely started out to classify people based on what they did more than on who their parents were. Caste is something that is slowly being purged out because it has too often been used for hurt.

Karma —> An easily misunderstood concept that has come into English as a similar but not quite the same idea as the Hindu concept of karma. Please follow the link for more detailed information about karma.

Gurus —> Gurus are teachers of a particular Hindu lineage and philosophy. Unlike Christian priests, who might all teach the dogma from their source, each guru creates his own school of thought (or continues one from his own guru). A guru might not be necessary, but it is recommended for most people, as your guru will help you to interpret and understand the thousands of years of Hindu history and beliefs. (I do think you reach a certain point where a guru is no longer needed, see Is A Guru Necessary)

* There is a trinity in Hinduism: three Gods who are also one, the Creator, Sustainer, and Destroyer (Brahma, Vishnu, Shiva). 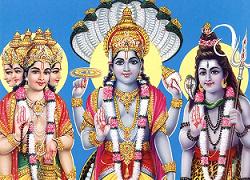 * The Indian greeting “Namaste” literally means “I bow to you.”

* India is a huge country with different cultures in the different regions (just like America!)

Why I Am A Hindu

Whew, that’s a lot of info! It’s hard to choose what’s most important and give just a broad overview when I’m brimming with details. Please let me know if anything is unclear or if you have different questions about Hinduism! 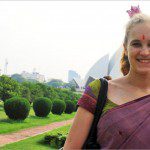 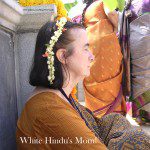