The Branches of Hinduism

As we’ve said here before, Hinduism as a word covers a huge number of behaviors and practices. It’s really difficult to pin down what Hinduism is because it is more a way of being than it is a particular code to follow. There were a number of religious traditions that got swept up into that one word when the British first came to India. These days there are still a lot of different traditions and schools of thought, but there are some main ones that can categorize the beliefs of most Hindus. If you’re new to it, you may have seen people tossing around words like Vaishnava and Shivite. Those are a couple of the big branches of Hinduism. Personally I follow Advaita (also called Smartha).

The four branches of Hinduism:

Shaivites worship Shiva as the supreme God. The Himalayan Society who puts out Hinduism Today magazine are Shaivites. (I highly recommend their books and videos to learn basics of Hinduism. They have some wonderful resources for new Hindus).

Vaishnavas worship Vishnu as the supreme God. It is very common for western converts to become Vaishnavas. I think that’s because the Society for Krishna Consciousness (Hare Krishnas) are a Vaishnava organization and also maybe because it has more similarity to western traditions than Smartha does. The devotional worships can be familiar territory for people coming from a Christian background. There are, of course, other sides to Vaishnavism and not just Hare Krishnas.

Smartha are followers of the philosophy of unity (Advaita Vedanta) as put forth by Adi Shankara. He was a philosopher and an interpreter of scriptures who attempted to unite all of Hinduism under the banner of Advaita. This is a more philosophical and less personal approach.

Shaktism is the worship of the divine in a feminine form.

This website has some good detail about the philosophical differences among the sects: http://hinduism.iskcon.org/tradition/1200.htm (It is a site created by the Society for Krishna Consciousness, i.e. iskon).

I can really only speak to Advaita, as that is the religious emphasis that I grew up with and still believe in today. It teaches that all of creation is a manifestation of the divine. There is one divinity and it is so beyond the scope of human minds that we worship it in different forms as different aspects. Ultimately we are not worshiping anything outside of ourselves, rather we are just as divine as every other part of creation. It is the purpose of the human being to realize that he is God and to remember the unity of all things. The real key element is that God is not a separate being. I think a lot of religions, including parts of Hinduism, see God as a superior being that needs to be bowed down to and respected. When Advaitans (and many other types of Hindus) respect God, we are respecting our inner selves.

Advaita can be impersonal and the followers tend to be very intellectual thinkers. It’s a good branch for people who like to question things and want to understand why we do things. I don’t always feel like I fit in with the very serious thinkers around me! But I do my best.

For a while as a teenager, I thought a more devotional approach might suit me better. But I tried and found that I am not at all suited to a devotional path! I think too much and I question too much. I greatly admire people who are pure devotion, but I have not been able to do that myself. [See: You Can’t Just Study: The Three Paths To God]

Even being an Advaitan, the impression I got growing up was that it was more appropriate for the men to ask the philosophical questions and search for answers while women should be devotional. I had many lessons on being a devoted and perfect wife. I ended up at odds with some of my superiors because I thought and questioned too much.  I was not the ideal woman who would sit and smile serenely in the background! No wonder they couldn’t get me married off.

On Reddit’s Hinduism page the other day someone posted this more detailed breakdown of various philosophies and branches:

First of all, we have the four unorthodox schools, which did not hold the Vedas as authoritative, but were still engaged with. These traditions form a completely separate grouping.

Then we have the six orthodox schools, which held the Vedas as authoritative

The last school, Vedanta, has 12 divisions

The Vedanta system has modern branches as well – for example, the Neo-Vedanta of Swami Vivekananda.

I am sure there are traditions I have missed. 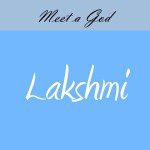 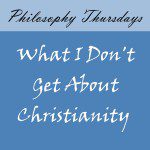 January 31, 2013 What I Don't Get About Christianity
Recent Comments
5 Comments | Leave a Comment
Browse Our Archives
get the latest from
Hindu
Sign up for our newsletter
POPULAR AT PATHEOS Hindu
1