What I Don’t Get About Christianity

The comments on my Christmas post are getting to me. I’ll tell you why I’m offended: because I have a close connection with God. I feel God with me in every moment of my life and Christians like Avi do not think that’s possible because they have an exclusive “in” with God. They think they have to pray on my behalf (God: “I was going to send Ambaa to hell for all eternity, but I guess if you say she’s all right, I’ll show her some grace.”) They think that I’m missing out on some profound connection that they have and I don’t. They will never be able to accept that I am already close to God, that my life is filled with grace.

1) So let me get this straight: the rules are that if people screw up, they have to brutally murder an innocent animal. God is omnipotent, so presumably these are his rules. But it’s been changed. Because a couple thousand years ago humans killed a man in one of the most savage manners imaginable  it was enough sacrifice for everyone for all time. What I don’t understand is why a sacrifice was necessary at all. God is only in a forgiving mood when he smells fresh blood?

2) Blind adherence to a book. A book written thousands of years ago by a hodge podge of men with varying political agendas none of whom had met Jesus. A book whose words get twisted to mean whatever anyone wants it to mean. It’s been used to justify love, but also to justify murder, hatred, bigotry, and shunning other human beings. I think it’s a problem when your faith is tied completely to a text. It cannot clarify itself, it cannot flow with circumstances.

3) Instead of actions having natural consequences, which is what karma is based on, you can do whatever you want because Jesus got murdered and that made God okay with forgiving anyone who acknowledges Jesus getting murdered.

4) This God of love and forgiveness is fine with condemning human souls to an eternity in hell because they didn’t do exactly what he wanted. Eternity. That’s a long time. And the way I’m supposed to avoid that is by being submissive and kowtow to a God who seems to have wild mood swings?

This God comes across as petty, childish, manipulative, passive aggressive, and a horrible parent. It is claimed that we have free will, but apparently if we exercise it at all, we are going to hell. God: “Well, you can choose not to bow down to me, sure, I gave you the ability to choose that. Of course, I’m going to burn you alive for all time for it.”

That is not any kind of real God. Real God does not need anything from us because He is complete already. He loves us because creation is love. It is born out of love, it is sustained in love, its reason for being is love. A real God doesn’t need animal or human blood sacrifices in order to love or forgive.  I am not a naughty child hanging my head in front of God. God and I are loving friends who navigate through life happily together.

And I know and have met Christians who don’t focus on Jesus dying as the most important bit. I’ve met Christians who love their religion and love God, but don’t judge (or pray for) me just because I use different language to approach and understand the divine. I don’t understand the Christians who think the most important part of the Jesus story is the bloody murder part. Personally I think the teaching love, forgiveness, and compassion are the parts to focus on. But hey, it’s your religion. Do it however you like, but if you try to judge me and tell me that my religion doesn’t make sense, we are going to have a problem.

Sure there are some Hindus who don’t understand their own religion or don’t practice it in a way that is kind and compassionate. But that’s people. I think we all know that there’s just as many Christians doing a terrible job with the whole love thy neighbor thing. And as a Christian, you distance yourself from those people. So I do not take responsibility for the behavior and belief of every Hindu on the planet. I take responsibility for me. I follow divine joy in the direction it takes me and I’ve never felt the presence of God more strongly than while gazing at the serene face of Nataraja.

*** I feel like the point of this post is getting missed. When I hear people say “Hinduism doesn’t make sense. I’m a Christian, you should be too” what I think is that any religion that isn’t yours or doesn’t feel right for you is going to seem very strange from the outside. Christianity makes very little sense to people who are not Christian or who are not likely to become Christian. There is no doubt that Christianity is not the right religious path for me. Hinduism makes complete sense to me and is absolutely perfect. *** 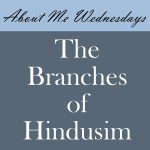 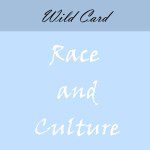