Why I Am a Hindu

We’ve spoken before about what makes someone a Hindu. With Hinduism really being a name for a vast variety of practices and beliefs, it is almost defined by not being anything else! As many people will tell you, it is not so much a religion as a way of life. It is who you are, not just what you do.

Patheos has challenged me with another question. Why am I a Hindu?

It’s difficult to parse out the reasons behind something that I feel blossomed from within me. It’s like the story about the sculptor  who carved away anything that was not the statue. When I carved away the illusions and misinformation in life, I found within the block of stone Hinduism’s spectacular, joyful, colorful presence.

Here are some of my favorite things about Hinduism:

Being the child of a scientist, it is important to me to observe the world and how it behaves and try to come up with a theory of why from that observation rather than trying to force the world to behave as I  think it should based on what my religious leaders have told me. From all the religions I have studied and all the observation I have done in the world, Hinduism’s explanations for things make the most sense to me. They fit the evidence the best from my perspective.

When I look within, I feel the spark of divinity and there is no more powerful knowing than when you discover something for yourself. We are able to find Truth for ourselves. We don’t need to trust someone else to spoon feed it to us.

And it is selling ourselves short as human beings to believe that we are anything less than God incarnate.

Here are some quotes about Hinduism:

“If I were asked to define the Hindu creed, I should simply say: Search after truth through non-violent means. A man may not believe in God and still call himself a Hindu. Hinduism is a relentless pursuit after truth… Hinduism is the religion of truth. Truth is God. Denial of God we have known. Denial of truth we have not known.”

“When a chunk of salt is thrown into water, it dissolves into that very water, and it cannot be picked up in any way. Yet, from whatever place one may take a sip, the salt is there! In the same way, this Immense Being has no limit or boundary and is a single mass of perception.” — Upanishads, 2.4.12

“Hinduism has proven much more open than any other religion to new ideas, scientific thought, and social experimentation. Many concepts like reincarnation, meditation, yoga and others have found worldwide acceptance. It would not be surprising to find Hinduism the dominant religion of the twenty-first century. It would be a religion that doctrinally is less clear-cut than mainstream Christianity, politically less determined than Islam, ethically less heroic than Buddhism, but it would offer something to everybody. It will appear idealistic to those who look for idealism, pragmatic to the pragmatists, spiritual to the seekers, sensual to the here-and-now generation. Hinduism, by virtue of its lack of an ideology and its reliance on intuition, will appear to be more plausible than those religions whose doctrinal positions petrified a thousand years ago.” -Klaus L. Klostermaier, Professer Religious Studies at the University of Manitoba, former director of Oxford Centre of Hindu Studies

“Jesus Christ knew he was God. So wake up and find out eventually who you really are. In our culture, of course, they’ll say you’re crazy and you’re blasphemous, and they’ll either put you in jail or in a nut house (which is pretty much the same thing). However if you wake up in India and tell your friends and relations, ‘My goodness, I’ve just discovered that I’m God,’ they’ll laugh and say, ‘Oh, congratulations, at last you found out.”
― Alan Wilson Watts, The Essential Alan Watts

“The Bhagavad-Gita is the most systematic statement of spiritual evolution of endowing value to mankind. It is one of the most clear and comprehensive summaries of perennial philosophy ever revealed; hence its enduring value is subject not only to India but to all of humanity.” ― Aldous Huxley

“Religious faith in the case of the Hindus has never been allowed to run counter to scientific laws, moreover the former is never made a condition for the knowledge they teach, but there are always scrupulously careful to take into consideration the possibility that by reason both the agnostic and atheist may attain truth in their own way. Such tolerance may be surprising to religious believers in the West, but it is an integral part of Vedantic belief.” -Romain Rolland

“Compared to Islam and Christianity, Hinduism’s doctrines are extraordinarily fluid, and multiform. India deals in images and metaphors. Restless, subtle and argumentative as Hindu thought is, it is less prone than European theology to the vice of distorting transcendental ideas by too stringent definition. It adumbrates the indescribable by metaphors and figures. It is not afraid of inconsistencies which may illustrate different aspects of the infinite, but it rarely tries to cramp the divine within the limits of a logical phrase.” -Sir Charles Eliot

Here are some books I can recommend for learning more:

Am I a Hindu? The Hinduism Primer

How to Become a Hindu 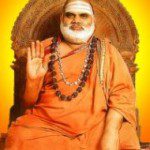