This question is the very core of this blog.

There are plenty of hippy Americans who practice “alternative spirituality” and use labels like that and others. Why do I think that I’m not just “a spiritual person” but actually a Hindu?

What makes someone a Hindu?

There is actually very little agreement on that question. I’m not even worried right now about what makes someone a good Hindu!

I asked this question on my Facebook page once and I got a wide variety of answers.

The thing is, there is no authority in Hinduism to dictate who belongs and who doesn’t. There is no pope. There is no Bible. Many people have made the argument that Hinduism isn’t a religion at all, it’s a way of life. By that they mean that Hindu is just something that you are and it exists in every aspect of your being. You don’t have to examine how or why you are, you just are.

I like Dr. Frank Morales’s answer at About.com: “The two primary factors that distinguish the individual uniqueness of the great world religious traditions are a) the scriptural authority upon which the tradition is based, and b) the fundamental religious tenet(s) that it espouses.”

All we need to do then is figure out what are the fundamental tenets of Hinduism and then we can measure ourselves against them and see if those beliefs are our beliefs.

Dr. Morales goes on to tell us that if we strive to live dharmically*, then we are Hindus. He is the “Someone who follows the Vedas” camp. But then there are a lot of people who identify as Hindu who don’t try to live in a dharmic way. There’s greed, cruelty, selfishness, etc. in plenty of people who see themselves as Hindus, who grew up in India with Hindu parents, who give offerings to Gods at their altar and visit temples when they want to ask the Gods for something. The label “Hindu” is a very wide umbrella.

And that’s true of any religion in the world. Different people have different understandings about what they mean. Some people label themselves as that religion because they have studied it, others because it’s all they’ve ever done.

I don’t think I can create a metric to measure the Hindu-ness of every person. What I can do is look at why I see myself as a Hindu and not something else.

As I said in my introduction, I grew up in an organization whose principals were based on Hindu philosophy. I never called it Hinduism, though. My parents don’t see themselves as Hindus (even though they totally are!) What I found was that in college I explored different religions trying to figure out where I belonged and I had the amazing experience of discovering that I was already a Hindu and I always had been. All my beliefs, every single one of them, was a part of Hindu philosophy.

So what are those beliefs? As Subhamoy Das says, also at About.com, there is no “one Hinduism” and it lacks any unified system, since it is a conglomerate of diverse beliefs and traditions, but there are prominent themes:

The things that made me recognize Hinduism in my own life were:

Yes, I could just say I am a hippy. A new ageist. But why divorce those beliefs from their origin in Indian thought? I could create a new word for it, but no matter what I say, those beliefs are deeply ingrained within Hinduism already.

In the end, I’m not sure how much the words themselves matter here. I’ve certainly heard plenty of times that the word “Hindu” is just something the British used to call people in the Indus river valley. I don’t really care. It’s the word that calls to people’s minds what I am and so it is the word I use. For a while I tried telling people I was an Advaita Vedantist when they asked what religion I was. That’s the word for my particular branch. But saying that just required a long explanation, the long and short of which was that I was Hindu.

In Islam and certain branches of evangelical Christianity there is a statement of belief that you say out loud and from that moment on, you are that religion. Well, for me, I am a Hindu because I say I am.

What do you think? What makes someone a Hindu?

Cultural Appropriation And Me

Where Does a White Hindu Start?

Why I Am A Hindu 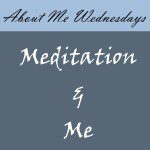 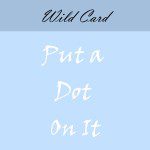 January 4, 2013 Put a Dot On It
Recent Comments
9 Comments | Leave a Comment
Browse Our Archives
Related posts from The White Hindu