Did I Start as a Christian?

Sometimes in life we see things really simplified. But rarely are things actually that simple.

When we hear about someone who isn’t Indian, who grew up in America, and is now practicing Hinduism, our first thought is that person must have started out Christian or Jewish. We tend to think of the world divided between east and west and the west is all Christian and Jewish while the east is all Muslim, Hindu, and Buddhist.

But of course, we know that’s not true.

There are Indians who have been Christian for generations and here in America we have an enormous variety in religions and ethnicities.

I’ve known and know that we have readers here who are non-Indian Americans who grew up Christian. We have some who have grown up without a religion.

So what about me?

My situation requires an explanation. It’s not simple!  There are times when people say, why do you call yourself a convert? Didn’t you grow up with this? And again, it’s not that simple.

So here is my story:

My dad moved to the north east for graduate school and discovered two things that changed his life. He met my mother and he joined an organization called The School of Practical Philosophy.

The school’s purpose was to uncover the meaning of life and help guide people towards enlightenment. It began in England, founded by a Scottish man. Within a few years the leader, Mr. MacLaren, was connected with Ouspensky and the Maharishi who visited the west to encourage meditation. MacLaren was intrigued with the Hindu philosophy, particularly advaita. He traveled to India to meet Shankaracharya Shantanada Saraswati.

By the time my father joined, the School was an established entity, helping western people to pursue meditation, chanting, and Sanskrit, but also had a strong emphasis on discipline, austerity, and proper respect.

After my parents married, my mother also joined. As they established a new home for themselves, they both left their home faiths. They found a good compromise in Unitarian Universalism. The UUs are known for being liberal, open minded, and welcoming. It was a good place for a married couple from different ends of Christianity to come together.

I watched my parents do mantra meditation twice a day every day for half an hour. I learned philosophy at the School, but it was almost all separated from India and Hinduism. It was westernized except for some of the original stories that the Shankaracharya told. I had Sanskrit words mixed up into my vocabulary from such an early age that it never seemed odd. They were all words that were just part of my world. My mother told me once in a while that some of what we did was based on Hinduism and Buddhism. She took out a children’s version of The Mahabharata and read it to me at bed time. From the time I was born she told me stories about Krishna. A friend of hers who visited India lent me a Krishna comic book that I loved. Krishna and Jesus had pretty much the same emphasis in my childhood. It was almost like they were brothers.

I had no idea at that age how different my experience was from other kids!

Because of all the talk about philosophy and how much my family cared about it, I was a very introspective child. I thought a lot about life, death, and meaning. As a child and teenager, I was quite rigid (as I think most are!). I was very religious. And I had no reason to think I was anything other than Christian.

At the School I started meditating, taking classes, and going on retreats. I was taught to see how the principles of Philosophy School fit in with Christianity. The leaders believe that all true religious impulses are towards the same Truth. There are ways to look at Christianity to make it fit Advaita philosophy.

Throughout history we’ve had years and years and years of leaders interpreting the Bible and Jesus for us. It’s a very different mindset to go back to the basics and re-look at it all. The way I was taught Christianity, reincarnation fits in perfectly and Jesus is an enlightened man who taught unity and that the kingdom of heaven is within you. When asked by a little boy if Jesus was really the son of God, my mother said, “Yes. And so are you.”

When it came time for me to go to college, I only looked at schools in locations that had Philosophy Schools. It was an enormous part of my life and the thing that really gave me a sense of meaning. I was starting to see it more and more as my religion even though the creators saw it only as a way to help you interpret your birth religion.

I went to Rochester where there was a small branch of Philosophy School. I was very nervous about being away from my community. I had heard for years that college students were wild and into drinking and partying and staying up late. That wasn’t me at all and I was really afraid that I wouldn’t relate to anyone.

When I arrived I saw posters that advertised a Christian campus group. It sounded like exactly what I was looking for to find other weirdos like me who were really focused on a religious life.

From the very first meeting I could see that I had made a mistake. I was not at all Christian by these people’s definition. Jesus dying had never been a part of his message from what I had seen. There was no emphasis at all on what him dying meant. Sure he rose. But we all do! I had never heard this Jesus died for your sins message. Never.

I considered this. I thought a lot about what made sense to me and what I saw in how the world worked. No matter who I talked to, what I read, what I tried, this Jesus dying to take away people’s sins made no sense at all to me.

I took classes in the religious studies department and learned a lot about the Bible, about Hinduism, about religious history. The more soul searching I did, the clearer it became that I was a Hindu and I always had been.

There is more to the story as the rest of college and then graduate school pushed me further from Philosophy School and more into Indian culture, but I think that’s a long enough story for today!

So you can see that it’s hard for me to say for sure whether I ever was Christian, whether I came from Christianity, whether I ever changed from one thing to another, or if I’ve always been Hindu even before I knew to call myself that. I’ve developed a lot of resentment towards Christianity, unfortunately. It’s hard being fully a Hindu now but looking to others as though I am Christian. I distance myself from that assumption whenever and however I can. 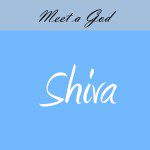 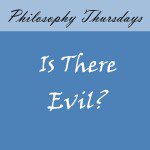 January 24, 2013 Is There Evil?
Recent Comments
6 Comments | Leave a Comment
Browse Our Archives
Related posts from The White Hindu