Christmas is a Problem

I kind of hate to confess this. Particularly since I’m just now getting to know some of you. But the truth is: I have a problem with Christmas.

December in America is a tough time for me.

A lot of people don’t understand that. They say Christmas has become so secularized that it isn’t a religious holiday anymore, just a cultural ones. If that were true, it might be okay, but there’s a lot of Christians who are upset about the commercialization of their holiday and upset that the religious meaning is being removed, so they are forcibly trying to put it back in. And (I find) being very obnoxious in the process.

Some people say, wish Christians a merry Christmas and help them enjoy their holiday and they will help you celebrate yours. Except hardly anyone knows my holidays or when they are. I have to listen to a million “merry Christmases” in December and I got maybe four “Happy Diwalis” in November.

I know, I know, I sound super bratty when I complain about this.

It’s not really a complaint. I just want to explain why I feel a little grouchy around Christmas time. It isn’t my holiday. It is part of a religion that I haven’t had happy dealings with in the past. I look for acknowledgement from the religious majority that being in the religious minority in a given country is challenging.

You can’t go anywhere in America in December without having Christmas shoved down your throat. I don’t think Christians would appreciate it if the same thing happened with the holiday of any other religion. It’s fine if you want to celebrate it, but why do I need to hear the music, see the decorations, and hear people talking about your holiday non stop for weeks? My office has Christmas decorations; the restaurant where I go to lunch has Christmas decorations; my apartment complex shoved a Christmas card under my door; the radio has Christmas music; the stores have Christmas music; message boards and emails are full of people telling me to “put Christ back in Christmas.” I can’t go anywhere without it accosting me. It’s irritating. Especially because when it was Diwali, there was no such enthusiasm!

One of the things I most love about America is freedom of religion. Most of the time I leave people alone about my religion and they leave me alone about theirs. It’s a beautiful thing!

I know I should chill and let them have Christmas. As someone on my Facebook said, that’s their freedom of speech (another freedom I value extremely highly). But our society tends to be polite in terms of limiting our speech to keep from hurting the feelings of others. Some don’t like that and think it’s too wimpy or something. They like to be mean to people in the guise of “just being honest.” I like that we take some care to restrain ourselves so everyone feels comfortable and welcome. I really appreciate the people who use “Happy Holidays” instead of “Merry Christmas” when speaking to people whose religion they don’t know. It’s a kindness.

If you are the majority religion in your country, pause for a moment to realize that it isn’t easy to be the minority. No one decorates from my holidays, but they expect me to be happy about theirs.

As I said, I know I sound like a brat when I say this, but I think we need to express our feelings so we all stay aware of how what we do affects each other. There’s a lot of people who don’t understand why they should be “PC” and say “Happy Holidays.” I am the reason. Do it for me. Because it is the bare minimum of respect to acknowledge that Christmas is not my holiday. Christ means nothing to me.

I know plenty of Hindus who celebrate Christmas because it’s just another holiday and an opportunity for fun. I’d like to get to that point. I’m working on it, but I’m carrying some resentments against Christianity that I haven’t been able to release just yet.  I worry, though, that when I have children, they will not understand why we don’t celebrate the holidays of  most of their classmates. I don’t want them to feel left out as Christmas is being forced on us. I don’t know how to balance my frustration that I don’t want to celebrate a Christian holiday with making sure my children are happy. I guess I’ll cross that bridge when I come to it, as they say.

How do you feel about holidays of other religions? If you don’t celebrate the dominant holiday of your area, how do you handle explaining that to your children?

For a much better perspective on this than mine, I hope you’ll read Ending the Contrived Muslim Controversy Over the Holiday Season. I really need to borrow that person’s way of looking at it! 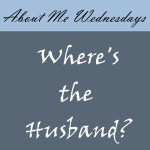 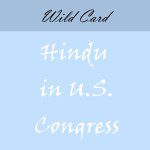 January 11, 2013 First Hindu in U.S. Congress
Recent Comments
3 Comments | Leave a Comment
Browse Our Archives
get the latest from
Hindu
Sign up for our newsletter
POPULAR AT PATHEOS Hindu
1