I would venture to say that the majority of non-Indian women who become Hindus do so because they’ve fallen in love with a native Hindu man.

I am not one of them. I am unusual in that I come to Hinduism as a natural step from my own upbringing and not because I learned about it from someone I was trying to build a life with. I went on a date with a Hindu man only once. It was the only opportunity I had.

It has been brought up a couple of times that I do not have an Indian husband. It has been suggested that perhaps my entry into an Indian-based life would be easier if I had that reason, that excuse.

I’ve read lots of blogs of non-Indian, American women who have married Indian men. Their struggles with identity do not seem easier than mine.

I am not married at all (Update: I am now, and not to an Indian man!). I wouldn’t be against marrying an Indian man. But I do not feel like I need to do that in order to give legitimacy to my claim to Hinduism. I believe that I am a Hindu and it is my own identity. I don’t need a husband to give me permission to be what I am.

And yet I can see a case for it. I can see how it would make sense for a convert to fully integrate herself into the world of her chosen religion by taking the opportunity to express that religion in every aspect of her life. Why would a woman go through all the work to convert if she isn’t going to marry someone of the religion she converted to? And the answer is, because it’s for me. It’s not like I’m going to fall in love with someone of a different religion and then give up my Hinduism in favor of that. If I marry someone of another religion, it will be an interfaith marriage. That might not be my first choice, but sometimes an interfaith marriage is where life guides you. Hinduism is in my bones. It is at the core of who I am. I will never cease being a Hindu.

I don’t feel right about going out looking for a Hindu husband so that people will stop questioning whether I am a Hindu or not. If I were to meet the right guy for me and he was a Hindu, that would be great. But it hasn’t happened. I have tried.

That’s the thing that stings the most for me about this criticism. I’m thirty years old. Way, way, way into old maid territory by Hindu standards and by the standards of the community I grew up in. I spent my entire twenties trying desperately to get married. Marriage and children is all I’ve ever wanted from life. I did everything I could think of to get it. Everything humanly possible. I tried arranged marriage, I tried set ups from friends, I tried regular American dating, I tried online dating. I worked hard to find a husband. And no guy would have me. It’s not as though I turned down any dates from any Hindu men.

Because marriage and babies is so central to my goals in life, it hurts a lot when I see things like this review on my book (a collection of spiritual essays based on my previous blog)

This woman’s story would have been more interesting if she had actually married an Indian. I’d recommend books authored by Ruth Prawer Jhabvala. She’s a British woman who married an Indian man and moved with him to Delhi in the 1950s.

That’s right, he gave my 400 page book that I worked hard on one star. One star because I don’ t have a husband. So apparently my thoughts on Hinduism mean nothing? The book is clearly about the experience of a convert. It is about my journey. How I got to Hinduism was not through a husband.

Happily, my friends and readers were quick to respond with comments on this review defending me.

I’m dating a man now who is absolutely, without a doubt, the right guy for me. There’s a lot more to me than just my religion and he “gets” all those different sides of me. He respects my Hindu beliefs, though he is a white Buddhist himself. What I said last time this argument was brought up is what I’ll say again: I am not going to throw away the greatest gift the gods have ever given me because he isn’t Indian.

What do you think? Do you think a convert to a religion should marry someone native of that religion? I’d love to hear your reasons why or why not! 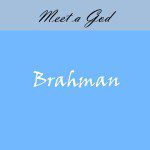 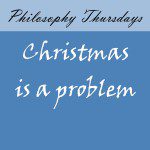 January 10, 2013 Christmas is a Problem
Recent Comments
3 Comments | Leave a Comment
Browse Our Archives
get the latest from
Hindu
Sign up for our newsletter
POPULAR AT PATHEOS Hindu
1