Cultural Appropriation and Me

This is an issue that I have to remain constantly aware of.

It’s not a concept I was at all familiar with until after I began blogging. Luckily I have some good friends who have helped me understand what cultural appropriation is and who keep me honest if I veer into it.

I’m sure there are some who think that I should not be a part of Hindu culture. (Let’s forget “could not” because I already am doing it!) The fact is, I do come from a privileged background. I have not faced discrimination or racism or historical reviling of my culture or way of life. When I take something that belongs to someone who has, it can be seen as racism and inappropriate appropriation.

Now, I like to look at it not as taking, but as sharing. But again, I have that luxury. Someone who has been historically prejudiced against might not.

I try to remain aware of such issues and I hope that my respect for Hindu culture takes me out of the realm of appropriating another culture (See Hinduism Doesn’t Need Me). But it might not.

I don’t mean to bring offense to anyone, but sometimes my mere existence does. I am someone from a privileged culture using parts of a culture that is not.

One of the aspects of cultural appropriation is that the “borrowed” ideas, music, language, or religion are removed from their original context, losing their nuance. This is actually one of the reasons why I left SES and began identifying as a Hindu. Though it might not be an issue for many people, to me I didn’t feel comfortable removing Indian philosophy from its roots and its history. I felt that in order to respect Hinduism, it was right for me to practice it within context.

Other people believe that western Hinduism is its own thing. Perhaps it needs a different name (although, the name “hindu” itself is often not wanted, seen as being given by the oppressors; the word “sanatana dharma is often preferred). There are certainly many hippie culture organizations that strip Hindu philosophies of their Indian-ness. Those places are not for me, although some people want me to accept the idea that that is all I can ever have.

This was brought up for me again when a dear friend posted this very interesting article on the subject: Cultural appropriation: Homage or insult?

“What’s so wrong with being inspired by another culture?” Nothing, really. But “inspiration” drawn from a historically oppressed culture comes with a tangle of baggage born of generations of marginalization and bias…

It matters who is doing the appropriating. If a dominant culture fancies some random element (a mode of dress, a manner of speaking, a style of music) of my culture interesting or exotic, but otherwise disdains my being and seeks to marginalize me, it is surely an insult…

borrowing from a historically oppressed culture is not as simple as some would want it to be. Fair or not, there are hundreds of years of meaning behind that faux African print dress, that Motown-inspired tune and the silent Harajuku posse. I haven’t even touched on the stickiness of appropriating religious items and culture.

Now, I like to tell myself that I’m fine. Because I love and respect the people and culture that Hinduism comes from. Because I know the history and context of my beliefs, both good and bad. But the truth is, none of that protects me.

None of that shields me from the perfectly valid criticism that I may very well be wrong in doing what I’m doing.

Am I “playing with” Indian-ness without having to take on any of the burden of it (as one writer accuses Miley Cyrus of doing with Black culture)? Yes, sometimes I may be. Sometimes it can’t be any other way for me. Even if I wanted to, I don’t think I can take on the burden.

Most native Hindus have welcomed me with wonderful enthusiasm and kindness. A few have not. I apologize to those who are uncomfortable with me and who I am. I apologize, but I am still going to do it. I don’t know if that’s wrong, but I do know that no one will ever take Hinduism away from me. It lives in my heart. 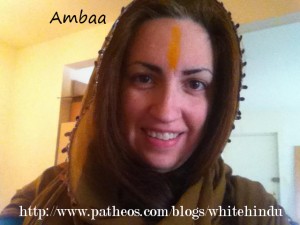 Happy July 4th to my fellow Americans! I am grateful to live in a land of diversity, freedom, and opportunity. I am blessed to live in a place where my eccentric exploration of culture and my place in it is allowed and can blossom. We are a very diverse land indeed and I have a post coming up next week on how others see America and Americans. This day is the anniversary of our independence as a nation. We make mistakes, but we keep on trying and tenacity like that is one of my most American qualities! 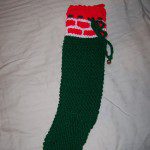