It comes up over and over, people wondering why I’m calling attention to my race. After all, in Hinduism we are all One God. Gender and race don’t give us different amounts of God. Everything is part of that One universal God.

I started writing on the Internet in 2009. At that time I was frustrated and lonely, feeling like I was the only non-Indian Hindu around! I felt like Indians were wary of me or didn’t believe that I was a Hindu or fully a Hindu. A lot of times I felt unwanted. I heard so often that one cannot convert to Hinduism. So what was I, then? (By the way, saying that there’s no such thing as conversion in Hinduism is NOT HELPFUL. You’re dismissing all the difficulties and concerns that come with starting out in one religion and now being in another. Yes, I understand that you don’t need to go through a ceremony to be a Hindu, you can just declare yourself to be one. But to say that there’s no such thing as conversion is hurtful).

A lot of that has eased over the years as I’ve been able to talk about my fears and concerns with wonderful people like you. Having a blog really allowed me to find my place in Hinduism.

Maybe calling myself out based on my race no longer makes sense. But it is the name I started with, so I’ll stick with it. It is NOT intended to be divisive. I absolutely believe in unity and that in reality, my pasty skin color is not important.

But this blog is about more than just Hinduism. It is about identity and our race plays a role in that. I continue to be fascinated with the role of culture and race in our experiences in our lives.

There was a comment yesterday on one of my older posts that I wanted to address. Here is the comment and my response to it:

Svaha said… Ambaa, Why call yourself a “white” Hindu? Why is skin color so important as a means of identifying yourself? Sanatana Dharma is about unity, not separateness. Its not about the externalization of God, but the recognition of universal and internalized divinity. Its great that you want to identify yourself as a “Hindu” (whatever that means), but please do not insult our core religious beliefs by bringing confused notions of race and skin color into the mix. December 27, 2010 1:32 AM

Aamba said… Well, Svaha, the reason I named the blog White Hindu is because at the time I felt that it was my skin color that was keeping me from being accepted as fully Hindu. It was extremely frustrating to me, so this was a way of taking back that word, taking control over how people see me. However, in the year since I’ve kept the blog, I have become more and more entrenched in Hinduism and have found the acceptance I was looking for. I now rarely feel kept back and taken less seriously because of my skin color, though it does still sometimes happen.  The other reason to put race into it is that this is not a blog about the definition of Hinduism, it is a blog about the intersection of culture and religion and ethnicity. That is the issue I am interested in exploring. How are religion and ethnicity related? How do people perceive them? How does one move into a religion that was not given to him or her by ethnicity? December 28, 2010 2:45 PM

The thing is, this blog is about race. I’m not interested in pretending that we don’t somewhat judge each other based on ethnicity. It happens, it is part of our world.Yes, Hinduism is universal and accepts all people as equally a part of God, but that is not always how it is practiced. People are still imperfect and do judge one another and make assumptions about one another.

I am confident and sure of my religion. It has been part of me all of my life. What I came to the Internet to explore is the cultural aspect of Hinduism and how I might fit in there. I think my skin color is relevant to this discussion and I don’t think that it is a confused notion of race. Different races exist and we are all still trying to figure out what that means and how it effects our lives.

There are many who are uncomfortable when we label ourselves by ethnicity. I do not label myself as white in order to keep others back or to separate myself. I would rather not be separate, but many times I still am. I felt that my skin color was an elephant in the room, as the expression goes. No one wants to mention it or acknowledge it, and yet it has an effect on how I am perceived.  People wonder about me and question me in ways that I don’t think they would if I were Indian.  They think, “Who does she think she is?” They think the same things they think when they see a white rapper with cornrows!

That is what fascinates me. Expectation v.s. reality. I’m sorry to people who are made uncomfortable by my direct reference to race, but that is exactly what this blog is about: what it means to be a non-Indian Hindu. 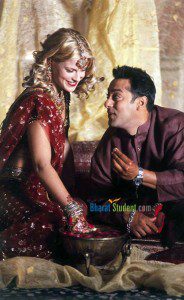 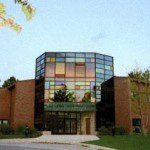