Where Does a White Hindu Start?

Where Does a White Hindu Start? January 16, 2013 Ambaa Choate

The big question for a lot of native Hindus is, how does anyone not born to Hinduism learn about it enough to become a Hindu?

I’m not the very best example of this since I’m a bit of a hybrid. I grew up listening to Sanskrit prayers, having Mahabharata bed time stories, and seeing my parents meditate. On the other hand, I didn’t know when I was a child that any of these things were associated with Hinduism.

There are plenty of other non-Indian Hindus today who didn’t grow up with it at all. Something drew them to Hinduism and they discovered it on their own.

I think, as with anything new, it’s a process. You start with one step and then the next and the next. Before long, you’re very knowledgeable about whatever it is.

Over the last ten years I have built slowly on that base, discovering and incorporating new bits every so often. I learned more about my religion by reading commentaries, going to temple, discussing religion with other Hindus and non-Hindus, but also by watching Indian movies, eating Indian food, and making Indian friends.

Sure there are people who come to Hinduism because the clothes are beautiful. Is that a great reason? Maybe not. But it’s a starting point. We all start somewhere. Even for a native Hindu, there has to be a point where he or she becomes aware of the rituals and starts to wonder about what he is doing and what it means.

And from there they begin to learn and to absorb information from a wide variety of sources. When we are interested in something, our brains soak up enormous amounts of information about it!

Over time the practices of these new Hindus becomes more refined and more sophisticated.

That’s why I talk about it as a journey. We don’t come to a static place where we have learned all we ever will. A religious identity is something that is always evolving and growing. No matter where a new Hindu starts from, he will learn more and more until he is startling native Hindus with his unexpected ability to write in Sanskrit!

I don’t think that it’s bad if people get sidetracked into false promises from questionable gurus or misunderstand the philosophy. I think that is all a temporary state. Their souls are learning and growing and will eventually settle into the groove of the perfect path for them. Yes, sometimes we non-Indian Hindus look like nut jobs following something we think is pretty or cool or better than what we were born with. Every religion has flaws. Enough time spent in one and you will find those flaws, but it doesn’t mean it isn’t the right religion for you. You just have to learn enough that you can integrate disparate ideas within the religion and follow what makes sense to you.

What was your first exposure to Hinduism? Was it from birth or were you introduced to it later? 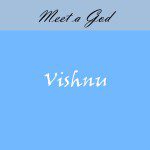 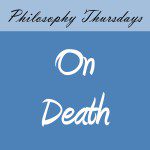 January 17, 2013 On Death
Recent Comments
16 Comments | Leave a Comment
Browse Our Archives
get the latest from
Hindu
Sign up for our newsletter
POPULAR AT PATHEOS Hindu
1