Vishnu is the center of the Hindu trinity. He is the preserver and it is he who comes to earth to help when the balance of good and evil in the world becomes off. He is better known in some of his other forms: Krishna and Rama. 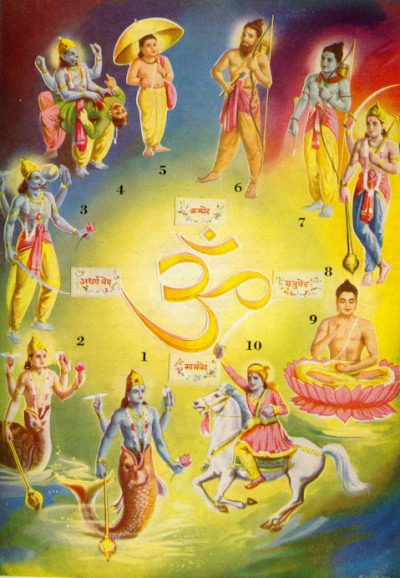 According to legend there are nine or ten total avatars of Vishnu, most of whom have already appeared. The only one left is Kalki, whose appearance will come at the end of this cycle of the world. It is not uncommon for new sects to believe that their guru is another incarnation of Vishnu. As mentioned in the comments of another post, some also see Jesus as an avatar of Vishnu. On some lists Buddha is the ninth incarnation of Vishnu (such as the one below)

See also: The Ten Avatars of Vishnu: A Guide

Vishnu is the central God of many sects of Hinduism. He is the focus for The Society of Krishna Consciousness (i.e., Hare Krishnas), for example.

Vishnu’s goddess consort is Lakshmi, the goddess of wealth. 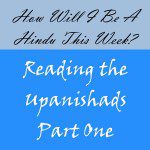 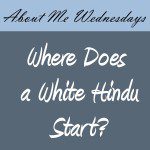 January 16, 2013 Where Does a White Hindu Start?
Recent Comments
0 | Leave a Comment
Browse Our Archives
Follow Us!