Can I Convert to Hinduism [Google Questions Answered]

“Conversion” is a very charged word for Hindus.

It is exclusively associated with the predatory behavior of Abrahamic religions (Islam and Christianity) as they work to convert Hindus by any means necessary (including bribery, withholding medicine, tricks, and other coercion). For many Hindus it is only religions that teach exclusive access to Truth that need the concept of conversion. Hinduism (Sanatana Dharma is the original term for the faith) is a way of life and it doesn’t put the Truth that it has discovered behind locked doors.

This is why you will frequently hear that you cannot convert to Hinduism, that there’s no such thing as conversion to Hinduism.

However, for the majority of Hindus that doesn’t mean that you can’t practice Santana Dharma. If you ask native Hindus about converting to Hinduism, many will say “Just practice it and you are.”

I find that sometimes there is a lack of understanding about what issues, problems, and questions those of us not native to Hinduism experience. Sometimes our movement into the religious practice needs to be acknowledged (for that I took a poll of what words would be better to use than “convert”, here are the results: http://www.patheos.com/blogs/whitehindu/2014/11/better-words-than-convert/)

Sometimes we feel like we need an official welcome into the faith and a card to present that proves we are Hindu. While that isn’t something that’s usually required, there are Hindu groups that will give you an official conversion ceremony. One well known one is the Himalayan Academy (creators of Hinduism Today magazine). They have a wonderful system of “Ethical Conversion” which ensures that no one is ever pressured into joining.

I have a small booklet available to help guide you towards finding a Hindu community to start setting down your roots. I think my method is the gentlest possible way to start bringing Hindu practice into your life!

The New Hindu Toolbox: Beginning Your Journey in Hinduism 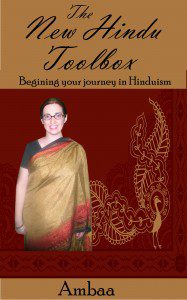 Smashwords (all formats, including PDF and HTML)

There are some who will feel like you practicing Hinduism is a way of stealing their culture. This is why it is important to take each step towards Hinduism with great care and respect. If people express discomfort, listen to them without getting defensive. But you still have to do what’s right for you and your soul. Obviously I have chosen to involve myself deeply with Hindu religion and culture despite a few people’s objections.

I think that you, like me, will find far more people delighted to see you taking an interest in their religion and culture. Many people will help you and have lots of knowledge to share.

I certainly think that it’s better to get some authentic knowledge from qualified teachers than trying to cobble together a spiritual path from a couple yoga classes and the musings of a weed-smoking neighbor! 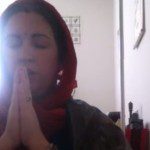 March 19, 2015
Why Ritual Matters (Criticisms of Hinduism Series)
Next Post 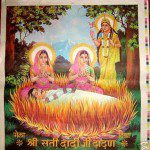