Are Montessori schools Christian? This is a question that someone asked me when she was looking for schools for her daughter. My husband is a teacher at a Montessori school and went through the full Montessori training four years ago. The Montessori method of schooling is quite a unique one, very different from what most Americans experience in school.

Having watched as my husband went through the training, I’m very impressed with the system. It has a lot of great ideas and a lot going for it. The main thing it does is encourage independence and self-starting in children. It is also great for children who progress at different speeds from what the school system might consider standard. They can work at their own pace, slow or fast.

I see how hard Brad works, making sure every student is keeping up with work, doing work appropriate to their level, challenging themselves, as well as keeping the order, and mediating conflicts.

So, all that said, the important question!

It is true that Dr. Maria Montessori, the founder of the Montessori Method, was a Catholic. However the details of the system are not belief-specific. You have to look at an individual school and how the materials are taught to see if there is more Christian influence than you are comfortable with.

Dr. Montessori actually spent time in India and the influence of Indian philosophy on her thoughts seems to be clear in her belief that we should not assume we know what children need and observe them instead. Be present, observe, and keep your own assumptions and ego out of it. That’s a pretty Hindu perspective.

There are moments, though, where Christian theology can slip in. There are a set of dozens of charts that prospective Montessori teachers color in (they do this by hand in part to help them learn the lessons that go along with each chart). One of them whimsically describes evaporation as “angels” carrying water molecules up and down between earth and sky. (It’s not that the lessons aren’t based in science, they are. But Montessori also values story and myth.)  When Brad and I got to the chart illustrating this, we colored the angels to be more like fairies instead. So that’s a place where the individual teacher may bring his or her spin onto it and things could get a little Christian.

And you may experience some Montessori schools being religion-specific. They are private schools so each one can determine how much or little religion may be present. That won’t be hidden, it should be very clear.

There is a variety in Montessori schools, including some that are more more certified than others. I would look for one that is AMI certified. AMI is an international organization that enforces standards across Montessori schools.

So it comes down to doing your own research into each potential school. You will find a lot of variety between the schools but one thing is for sure, the Montessori method encourages independent thought and not parroting back the beliefs of the teacher.

I’ve heard rumors that Montessori schools are very popular in India. I would love to know if that’s true! 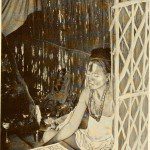