I’m getting rather frustrated by people dismissing all religions as being basically the same. What I mean is that many of my friends are atheists. They are all wonderful. They are respectful of different points of view and they are highly moral people. I adore them. But I’ve noticed that many of them and the other Americans around me have a very binary view on religion.

Either you believe in the Abrahamic conception of God or you don’t believe at all.

I was having a conversation with some friends a few days ago and I said, “You know the Judeo-Christian model is not the only religious model out there.” They seemed skeptical of my claim that Hindus don’t do the things that bother them about Christians. How can there be a religion without proselytizing? Without compulsion?

People seem to jump straight from Abrahamic faiths to atheism without exploring other ways of conceptualizing divinity. Maybe I’m wrong, but that’s the way it appears to me, anyway.

I hear “All religious people think they have the only answer.” And that’s just not the case.

Hinduism is different. There is no compulsion in Hinduism, there is no proselytizing. There doesn’t need to be. Hinduism respects that people are not all the same and have different needs and ways of understanding the world.

There is a big world out there with a lot of different cultures and many of those cultures have different ways of understanding divinity. You’re doing yourself a disservice if you dismiss all religion because of the things that bother you about Abrahamic faiths.

Yes, the Abrahamic faiths (except Judaism) want to take over the world and they seem to be succeeding in forcing everyone to go by their definition of God.

It is popular to just be against fundamentalism as a blanket statement but people don’t put any thought behind that. Because it’s not true. Not all fundamentalists are scary.

The “fundamentals” of Hinduism are not scary and are not violent. Hinduism has never had any organized violence in its history, despite being one of the oldest religions in the world. There are no Hindu organizations noted for violence (there are no violent organizations using Hinduism to justify their behavior). Hindus have never invaded anyone.

Whereas Muslims exist in India today because of the moghul invasions. Muslims took over ancient India and made Hindus second class citizens in their own land. Hindus had to pay a tax for not being Muslim. Muslims invaded and ruled over the natives. Then some time later Christians did the same thing. Hindus have been taken advantage of for centuries.

Christians have the history of the crusades where they systematically tried to destroy Muslims. Judaism has the current problems of doing the same in the Israel/Palestine area. Whereas any incidents of Hindus being violent has been isolated, not part of a larger campaign, and pretty much always done from a feeling of self-defense (whether from a real threat or a perceived one).

Hindus need and deserve protection from the predatory Abrahamic faiths.

Even today Hindus are being coerced and forced to abandon their faith. In Pakistan Muslims can get money for marrying Hindu girls and forcing them to convert to Islam. That’s not a rare one-off. It’s a systematic campaign.

Christian missionaries in India use bribery and withholding medicine and food to force Hindus to become Christian.

We are a fundamentally peaceful people but we’re being left to be devoured by wolves because of this perception that all religious people are the same at the core.

My fellow liberals need to recognize the pressures Hindus are facing from predatory faiths and need to come together to protect Hindus from religions that have at their core a need to force the rest of the world to worship like them.

It’s lovely that liberals are fighting hard to defend innocent Muslims from being smeared by the behavior of fundamentalist extremists. But they don’t seem to recognize that Hindus also need defending. We have a religion that believes in leaving others in peace to commune with the divine however they want (or not, as you like. It’s easy to be a Hindu atheist). In return for this attitude there are systematic campaigns to wipe us out.

So before you say “Every religion has scary fundamentalists” or “all religious people have the same logic problems within their faith” pause for a moment and acknowledge that these generalizations are not accurate. Hinduism is different. If you rely on those generalizations then you are perpetuating the emotional violence that has made even atheists engage with what divinity is from a purely Abrahamic conception.

The Abrahamic campaign to take over the world and force everyone to conceptualize God as they do is working. And it is that basic framework that must be questioned.

You can’t just say, “Both sides do bad things so it’s all equal.”

Before you say something like that it is incumbent on you to look at the actual facts, look at the actual incidents, and realize that all sides in religious conflict are not the same. There are religions that have a predatory nature and there are others that do not. It is not fair to dismiss all religion as being the same and ignore the plight of those who do not try to coerce or convert others, who want only to be left in peace to connect with divinity in their own way.

Don’t paint Hindus with the same brush as Abrahamic faiths.

We don’t deserve to be lumped in with the religions that think they have exclusive access to God and we need your help and protection against those religions. 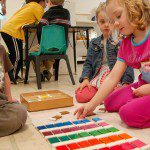 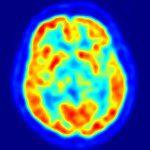 June 28, 2017 Anxiety and Perception
Recent Comments
51 Comments | Leave a Comment
Browse Our Archives
get the latest from
Hindu
Sign up for our newsletter
POPULAR AT PATHEOS Hindu
1