A Mother’s Love is Irrational

Show me any devoted mother, and I’ll show you heart break. She grieves over every harm life imposes on her children, and suffers each woe and ailment along with them. She knows that to love her children well, is to raise them to courageously leave her protection behind. So, she painstakingly prepares them to fly directly into the fray – to face the dangers of the outer world, and the struggles of their inner world. Somehow, she is meant to accomplish all this without allowing them to be traumatized by reality.

Show me any devoted mother, and I’ll show you hope.

She knows all that, but she has kids anyway. A loving mother does her level best to tilt the tables more toward joy than struggle, pointing out the beautiful wonders of their world. Precious years are invested in the inspection of swirly snails and rainbows on bubbles. Together, they jump in summer rain puddles, and delight in birthday cake. Mother names all the glorious things for her children, and in knowing the proper name for things, she cultivates their power. Yet, there are other, darker things she hopes to all the gods they won’t notice for as long as she can put that off…

She understands the golden rule better than anyone, and desperately hopes you’ll treat her child with the same care she does. So she teaches her children to play the game of life fairly like a good citizen; to be the kind of neighbor that would make Mr. Rogers, or Jesus, or Michelle Obama proud. All while knowing full well that she nudges them into an insanely rigged game that no one wins.

Show me any devoted mother, and I’ll show you a poker face.

The news breaks after another mass shooting, race riot, or rape…after all the smart phones blare another Amber Alert, but she remains steady and stoic. She offers popsicles, and a trip to play at the park, far from media. She memorizes all the sweet faces on the missing child posters hung by the register at Walmart, without the kids noticing. Until the facade at last comes crashing down, then she’ll hide in the bathroom to breathe through her own panic, so later she can hold her children in strong arms. She’ll answer their questions, and soothe the stress from the “active shooter drill” at school that day.

She’ll kiss their brow and croon that she will always keep them safe, knowing it is an impossible promise. She prays… oh yes! she prays! …no matter her religion. Each beat of her heart is a pleading with any Power Who’ll Answer, to spare her child, her heart. She’ll do anything to hedge her bets… That night she’ll tuck them into bed, then watch the evening news so quietly they cannot hear. She’ll sob silently into her pillow for each parent whose bluff was called by feckless violence that day.

Show me any devoted mother, and I’ll show you a magician.

Childbirth initiates her into an ancient witchcraft. Her lullabies weave a spell of love and dreams around her babies; her fierce fires swaddle them in a protective shield. She’s sung her enchantments since the womb: you are beautiful, you are worthy, you will succeed… But she knows the slope ahead is treacherous, and predators lie in wait to pick off her young from the herd’s edge. So as they grow taller and fuller, her guidance subtly shifts from brush your teeth and wear your mittens…to guard your drink and walk in groups.

Show me any devoted mother, and I’ll show you secret, gut-wrenching guilt.

No matter how many custom-order pickle sandwiches she served up on their favorite kitty plate, nor how many booboo bandaids she carefully applied, nor the victories she won against the monsters under the bed, she remains the whipping girl in her own heart. There will come a time she must play the villain herself. Her teen will hate her for it, and someday bitch about her evils to a psychotherapist. She knows this is the way of things, because she did it to her own mother, too…alas…

A devoted mother encourages the most important wee person in her life to take off the training wheels and test their limits before they even have a fully-formed brain, because that is how you encourage brains to fully form! But if anything goes wrong with this irrational scenario, society will pick that mother apart. Every frustrated word, every fast-food take out, every game or recital missed, every moment spent away at work, will be the sins that damn her.

Show me any devoted mother, and I’ll show you self-awareness.

She does know better. She’s a smart, hard-working woman who knows that her feelings of shame are irrational. She’s well-aware, in some bright corner of her enlightened mind, that her child’s struggles aren’t necessarily about her. Blame is an unhelpful poison she does not have to swallow. But that doesn’t comfort her much when her baby birdie lashes out, abandoning her nest too soon.

A mother’s love is irrational.

No matter how much sleep she lost, nor how many Harry Potter novels she read aloud at bedtime….not even all those trips to zoos, museums, or theme park vacations will be enough to excuse her failures. Her children’s inheritance will still be the society she failed to un-corrupt, and the earth she failed to un-poison. Disease, anxiety, and struggle were the only rational outcome. She never even had a chance.

No matter how hard she tries, shit still goes sideways. The loving mother will carry the burden of any failure to protect her children, whether it is fair to blame her, or not. That is how irrationally a good mother loves. She is a creator of life, and nobody ever claimed life was fair. 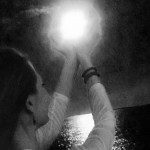 February 19, 2019
67 minutes for this Full Storm Moon in Pisces/Virgo Balance
Next Post 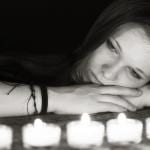 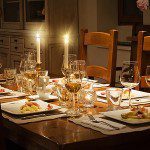 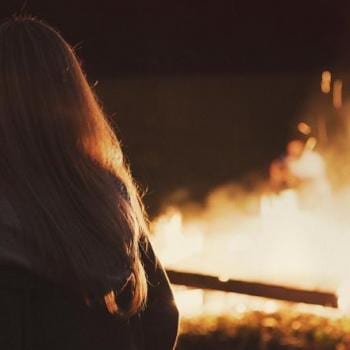